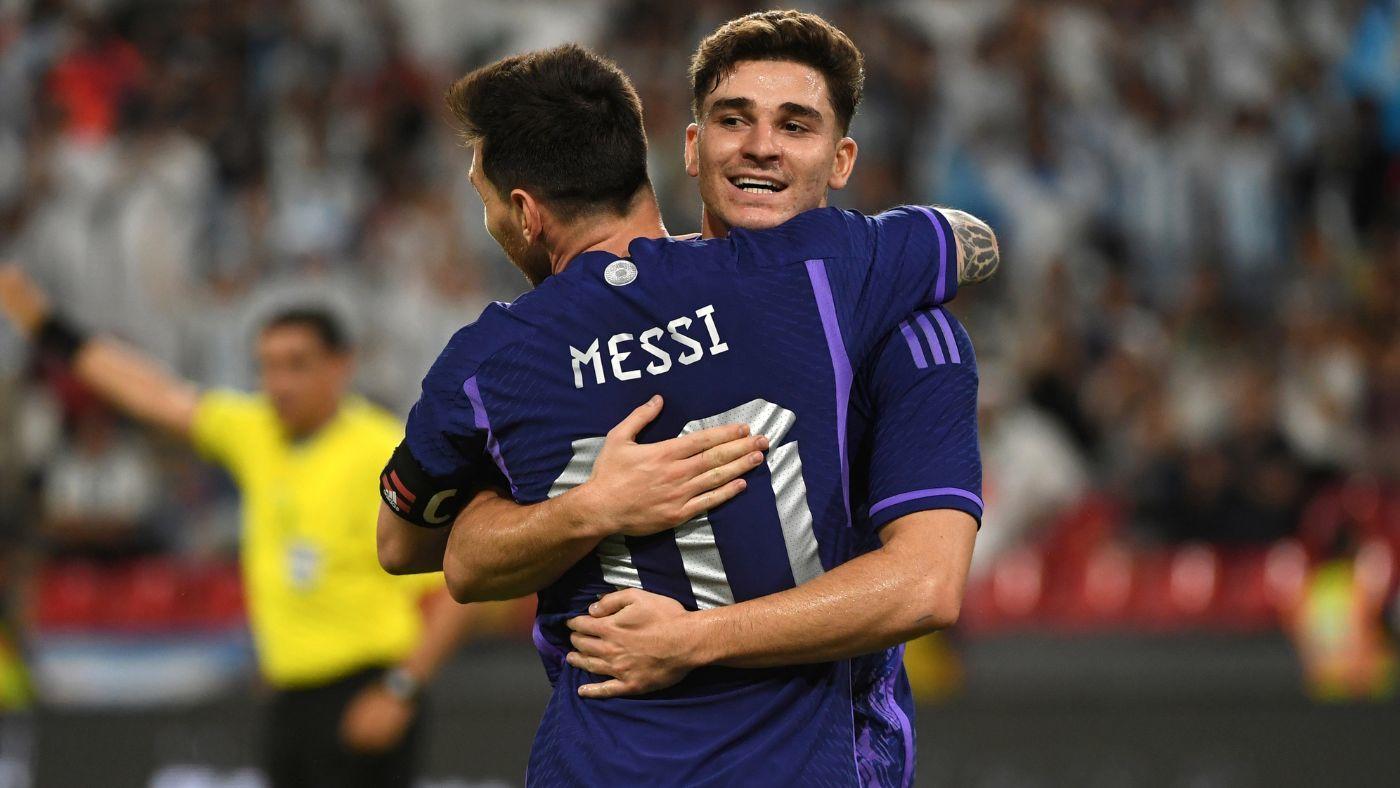 We are just a few days away from the FIFA World Cup kick-off this Sunday November 20. What better time to take a crack at predicting the entire tournament? From the host nation opening day to the Lusail Iconic Stadium final, these are my predictions. Could it be a glorious final World Cup for Lionel Messi with Argentina? If so, what of his Paris Saint-Germain teammates Kylian Mbappe and Neymar? Find out here.

This one should be straightforward enough for the Dutch who will be on a mission under the wily Louis van Gaal. Senegal looks good for second ahead of Ecuador, but much will depend on when Sadio Mane is fit to feature given that he has already been ruled out of the Lions of Teranga’s opener with the Netherlands. Ultimately, Ecuador vs. the Senegalese on matchday three should decide who joins Oranje in the knockout stage with hosts Qatar lucky to pick up a point.

England should be able to secure top spot here which will leave the USMNT and Wales fighting for second against unpredictable outsiders Iran. Opening day should be tight with matchday two bringing some key clashes which could decide who advances given that the Welsh and the English meet in the final round of games. It feels like Gregg Berhalter’s men will fall just short to Gareth Bale’s Wales side, but much will depend upon Team Melli who have talent at a time of considerable political upheaval.

Argentina and the Netherlands appear the strongest bets to finish their group stages with three wins from a possible three. Lionel Messi’s Albiceleste should make light work of Saudi Arabia, Mexico and then Poland with El Tri needing to make a winning start if they are to beat the White and Red to second place. Few are giving the Saudis much of a chance, but Herve Renard is a proven coach at international level with underdog sides.

France is expected to top their group, but Denmark are tough opponents who could easily rival them for first place. Expect both to get off to a winning start and it would not be a surprise to see a low-scoring encounter between the two in the second round of games. It could be that this gets decided by goal difference and the final round of mates are ideal for the French and the Danes in terms of trying to drive up their goal tallies.

Germany and Spain could be two more sides who emerge unbeaten from their group. Expect both to win their opening games while their meeting on matchday two should be even. Japan is unlucky to have been drawn in such a tough group and while they should make life tough for the Germans and the Spanish, it is unlikely to be enough by the end.

Of all the bigger European teams that could struggle this winter, I feel that it will be Belgium who ultimately fares worst and drops out in the group stage. The Red Devils’ golden generation missed their shot at international glory and their Euro 2020 showing illustrated further regression from a potential title win. Expect Canada to be tough opponents on their return to the World Cup stage and they may well sneak through with Croatia and leave Morocco ruing some tight results.

Brazil are one of the strong favorites for the title and for good reason — their attack is sensational, and they possess perhaps one of the most balanced squads of all the contenders. Serbia and Switzerland both boast talented groups, but the Swiss have shown themselves to be an underrated force internationally of late so should be good enough to finish second behind the Brazilians.

All signs point towards Portugal really struggling this winter as Cristiano Ronaldo continues to dominate soccer headlines for the wrong reasons. Uruguay looks a good bet to finish top of the pile with the Portuguese just sneaking thorough ahead of South Korea and Ghana in an uninspired group. La Celeste should set themselves up for a shot at top spot if they can win their opening game and avoid defeat against Fernando Santos‘ dysfunctional side.

Two of these ties seem ripe for extra time with Messi just doing enough to lead Argentina past Denmark while the Germans leave it late to put Croatia to the sword. The Netherlands, England, France, and Brazil should advance easily enough while Spain and Switzerland make harder work of theirs. Expect the Dutch, the French, and the Brazilians to be strongly fancied heading into the quarterfinals. Portugal finally separate from Santos after this latest disappointment which feels like an overdue change.

Arguably some of the best matchups that we will see in Qatar, expect at least two of these four to go beyond 90 minutes. Netherlands vs. Argentina has the makings of a genuine World Cup classic with Van Gaal’s men going close to ending Messi’s title dream while Germany beat Switzerland in the most straightforward of the four results. The Three Lions edging Les Bleus after extra time has controversial French exit written all over it which proves to be Didier Deschamps’ final act as boss with Zinedine Zidane named his successor in the aftermath of the defeat.

Heartbreak for Neymar and Brazil who fall to Messi’s Argentina on penalties in Lusail. Seeing how the pair are upon their return to Paris Saint-Germain duty will be very interesting indeed, but there will be no confrontation between Neymar and Mbappe in the third-place clash given that England made it to the other semi. Spared of the agony of a spot kick defeat to the Germans, Gareth Southgate’s men go down to a late Jamal Musiala winner — possibly more painful given his English past.

Messi and La Albiceleste do it and exact revenge on the Nationalelf for the agony of their 2014 World Cup loss in Brazil. The PSG man is on the scoresheet and provides Argentina’s second goal to claim the title that he has craved throughout his career at the age of 35. Hansi Flick and his German team can look towards the future with great optimism given that few of his outfield players are past the age of 30.

Get the latest USMNT World Cup kits for Team USA’s run through the world’s biggest tournament. Buy home and away gear, plus hoodies, track pants, and more. Shop here and celebrate this epic event.

We may receive a commission for purchases made through these links.