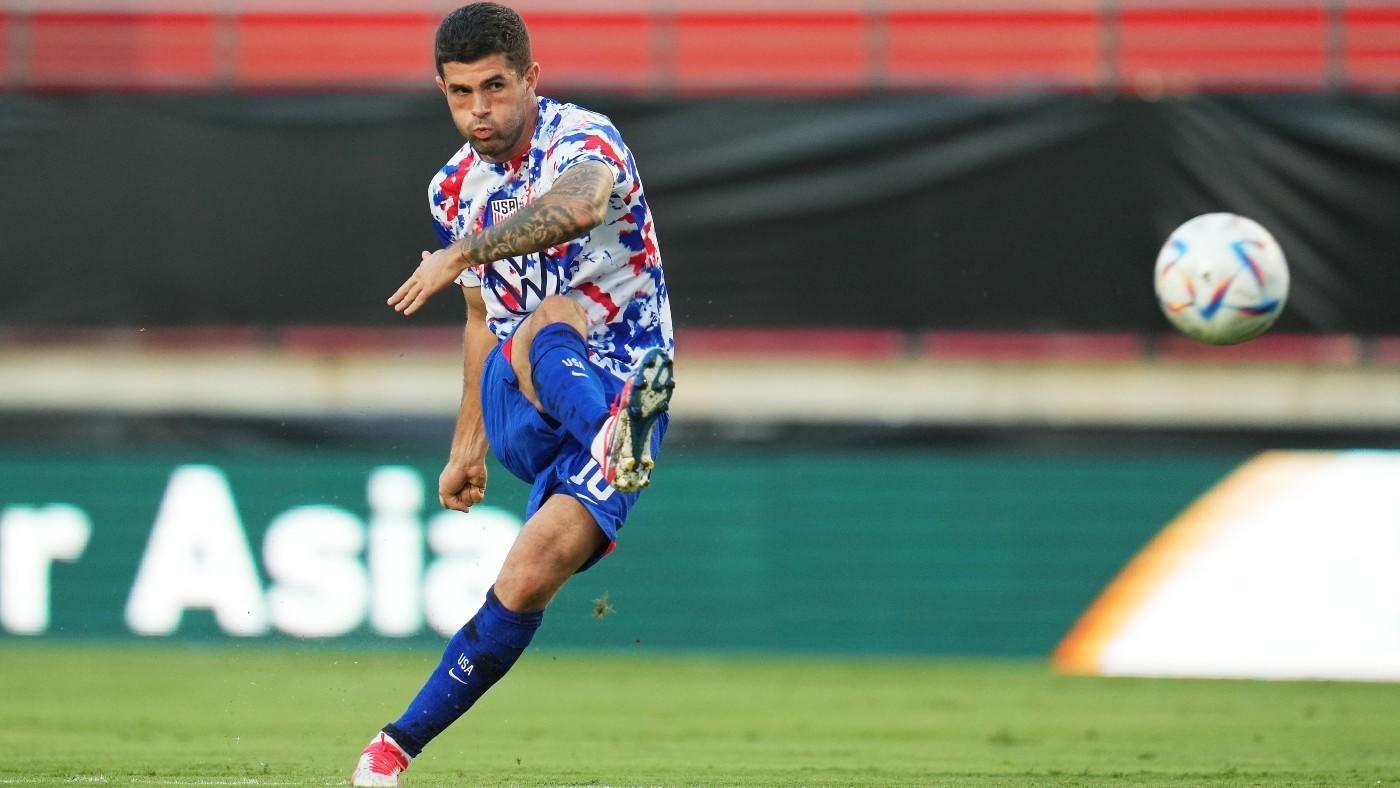 The roster has been set for the 26 players that Gregg Berhalter will be taking to the World Cup in Qatar. While there were surprises in the lineup, barring injuries this is the team that Gregg Berhalter will be squaring off with Wales on Nov. 21. With the World Cup around the corner, CBS Sports is taking a look at who will likely be in the starting lineup when matches get underway. Berhalter has some tough decisions to make between now and Qatar but below is a crack at the lineup that he may choose when the lights are at their brightest.

Now let’s get to the lineup breakdown, and how I think the teamsheet will look:

Matt Turner (Arsenal): With Zack Steffen being left off the final roster the door is open for Turner to take the number one shirt in Qatar. Injuries have seen him not start a match for Arsenal since Oct. 20 but Berhalter has confirmed that he has been in communication with Arsenal and that Turner should be fit to start for the United States. A strong shot stopper, Turner is a sound keeper to lead the team at the World Cup but if he’s rusty, Ethan Horvath and Sean Johnson are good insurance options as well.

Left-back — Antonee Robinson (Fulham): Robinson’s absence during the September international break showed his importance to the national team as Sam Vines, Sergino Dest, and Joe Scally were unable to fill in for him. He’s recovering from an ankle injury but will be back in plenty of time to be fully fit for the World Cup, which is music to Berhalter’s ears. A healthy Robinson can lock down the left side of the pitch allowing Weston McKennie and Christian Pulisic to stay forward attacking. Anything that he can offer going forward is a bonus at that point.

Center back — Tim Ream (Fulham): A surprise inclusion in Berhalter’s final roster, Ream’s form at Fulham has been too good to ignore. A steady presence at the back, Ream also has chemistry with Robinson and can allow Zimmerman to be more aggressive in defense. With concerns around Aaron Long at center back, Ream isn’t coming into the squad to sit on the bench.

Center back — Walker Zimmerman (Nashville SC): Another spot on the national team that’s written with a sharpie, Zimmerman has become a leader on the team and one of the rotating captains. While his form has dipped playing with multiple partners in central defense, Zimmerman was also a part of the strongest team defense that included Miles Robinson, so with a consistent partner in Qatar, things could improve.

Right-back — Sergino Dest (AC Millan): Struggling for playing time between Barcelona and AC Milan this season, Dest’s spot is another area for worry in defense. While he brings a lot going forward, the USMNT need a right-back who doesn’t get caught out while attacking due to weak partnerships in central defense. Dest will be the starter in Qatar, even without regular playing time for AC Milan. But with a few hiccups, DeAndre Yedlin could be knocking for the role sooner than later.

Defensive midfielder — Tyler Adams (Leeds United): Midfield is the strength of the team and it all begins with Adams at the base. An engine for Leeds United and the national team, Adams’ pressing will be critical to the performance. He isn’t a progressive passer but with his partners being able to carry the ball forward, he only needs to focus on what he does well — breaking up play and playing simple passes.

Central midfielder — Weston McKennie (Juventus): When things aren’t going well for the national team in attack, McKennie’s heading ability can help turn the tide. A leader in the locker room to keep things light, and on the field never being unafraid to try things even if they don’t work, McKennie’s unpredictable nature is a strength of the team.

Central midfielder — Yunus Musah (Valencia): Absence can make a player’s importance to the team show and that’s just what happened with Musah missing the September friendlies against Japan and Saudi Arabia. The best midfielder in the pool on the ball, Musah is an important tool for the USMNT to break presses. He has gotten better at decision making with the ball at his feet which will help him shine brighter in Qatar.

Winger — Tim Weah (Lille): It’s a tight battle for who will start at winger but Berhalter may have tipped his hand that Weah is his number one option when he said that during the September international window that five starters were missing. As Brenden Aaronson and Gio Reyna were healthy, it seems like Berhalter was referring to Weah. Able to stretch defenses while not being afraid to cut inside and shoot, Weah can provide more space for other attackers while keeping defenses honest at the same time.

Striker — Jesus Ferreira (FC Dallas): Forward is one of the toughest positions to choose around the entire team but despite the hot form of Josh Sargent and challenges from Ricardo Pepi and Jordan Pefok, Ferreira has earned Berhalter’s trust with his ability to draw defenders with his runs, drop deep to press, create chances with his feet and still be able to shoot at a solid rate. Ferreira will need to trust his shot more in Qatar as he can struggle to attack with limited touches at times, but he’ll likely lead the line.

Winger — Christian Pulisic (Chelsea): This team will go as far as Pulisic takes them at the World Cup so Berhalter will need him to play as much as possible at Chelsea. With Pulisic scoring his first goal of the season for the Blues against Wolves, he’ll have some pressure off of his back ahead of the World Cup. But when the team kicks off against Wales, the attack will aim to feed Pulisic to get him to create danger.