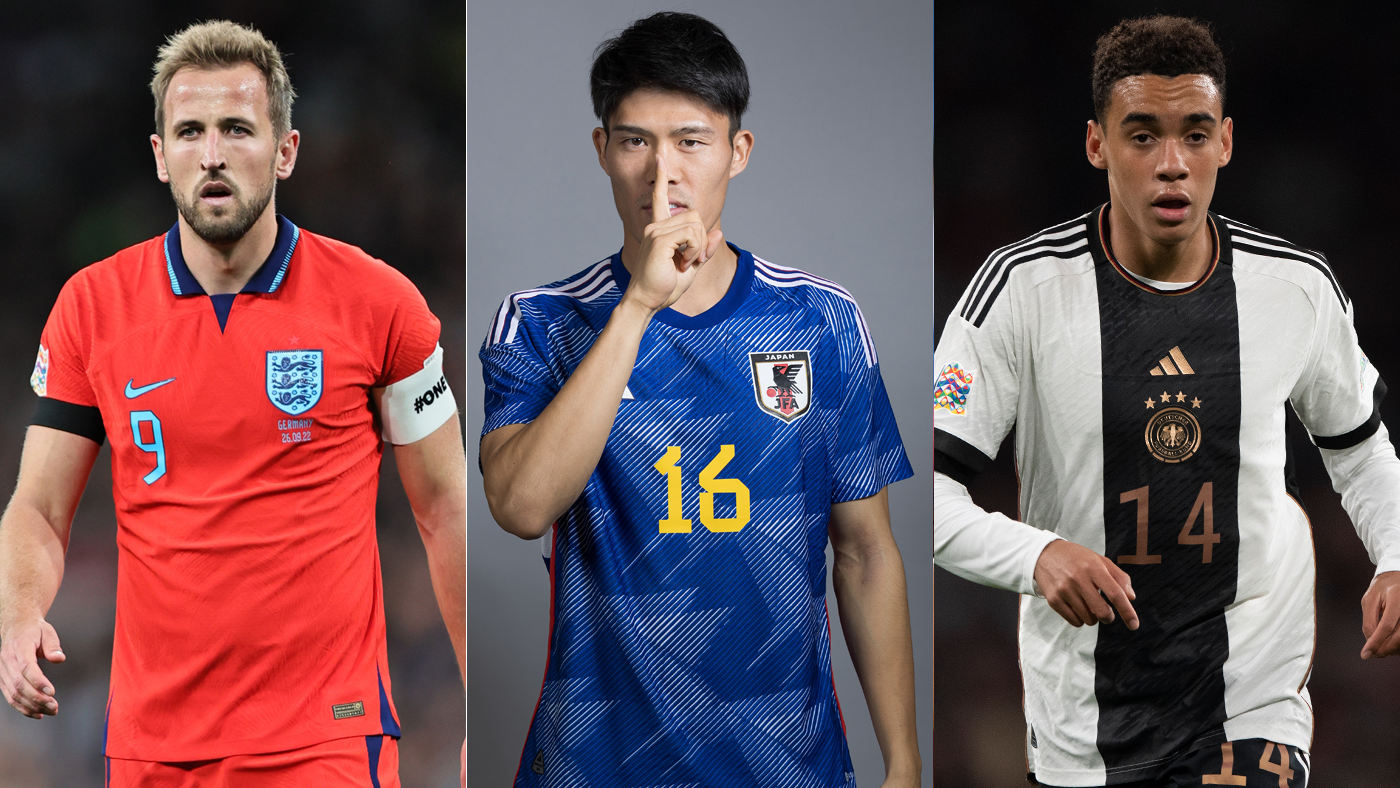 It might just be an overpriced T-shirt in reality, but how many formative memories of footballing history are wrapped up in the shirts that the great teams were wearing? Famously, Brazil captured a generation of supporters in 1970 with those yellow shirts that shone all the brighter on new fangled color televisions. There are few artifacts that represent the revival of English youth culture in the 1990s quite like the third kit they took to the World Cup in Italy last year. Nigeria’s 2018 jersey drop was a crowning moment in sportswear’s infiltration of fashion.

Sadly, most of the kits that will be on display in Qatar do not live up to those lofty heights. From Puma’s underwhelming hodge-podge of away shirts to whatever Nike did with their ticks on the USMNT jerseys. Still, amid the morass some stand out for the right reason.

Did Nike hit up T.J. Maxx with $10 left in their kit budget and a whole load of iron on USA badges? These are so aggressively mid (look it up, grandad) as to vanish from your memory, even as you lay your eyes upon them. Perhaps, that is all part of Gregg Berhalter’s cunning plan to guide his squad to World Cup glory. Look on these shirts, ye Mighty, and despair! See the U.S. kit here.

It’s somewhat of a struggle to entirely shake the sense that this kit has been designed with one eye on rankings like these, that it is the sort Nike envisage flying off the shelves in Peckham, Kreuzberg and Willamsburg ahead of Christmas. Whether you view it through a cynical lens or otherwise, though, you have to conclude it is a very stylish shirt indeed.

The blue and red streaks across the shirt pay tribute to the Taegeuk, the supreme ultimate that adorns the South Korean flag. The yellow is quite pleasant too and I’m sure there’s some marketing guff out there that can explain why it was a necessary addition.

No one is ever going to change the Apple logo, the shape of a Porsche 911 or the scheduling of the World Cup in the northern hemisphere’s summer. In a world of turbulence, these are fixed points. We can go to sleep at night feeling a little safer knowing that these always will be as they are now, just like the Croatia home kit. You know what you’re getting here. You know it’s going to be that spectacular checkerboard of red and white where even a “remix” is basically just making room on the front of the kit for the player numbers. Some things in life, you can just rely on.

Wait the World Cup is happening when?

The Danish FA and kit manufacturers Hummel made headlines last month when they announced that they would tone down their logos on the World Cup kits as they “don’t wish to be visible during a tournament that has cost thousands of people their lives.” It was as powerful a message as any of the tournament participants have yet put out and makes these shirts something that Danish players and supporters can wear with pride.

Can a shirt have the swaggering sense of certitude and superiority that the best German teams carry into major tournaments? Yes. Yes it can.

Gareth Southgate’s men, here, serving you some of the early ’90s realness. Honestly, all this needs is a bucket hat and we’ve gone full Madchester. If England manage to achieve in Qatar anything like what they did at the last World Cup or the European Championships (an extremely open question at this moment), then we can be sure that in 20-30 years time this particular design will be reinterpreted, remixed and reimagined.

For the most part, Puma rather dropped the ball with their identikit approach, foisting on all their representatives in Qatar a baffling away template that is as if someone found Nike’s T90 template and hit the downgrade button. However, the Lions of Teranga have been handed quite the gem with their home jersey, the triple chevron theme carrying over elegantly from the chest to the collar.

This might just be the most contentious kit in our rankings, one certain to generate the same outcry as our placing of Southampton’s away kit did when we rated and slated the Premier League’s best jerseys. And to those critics I will say, who’s the one with the column for one of the most august institutions in global broadcasting. As for the kit, it has a magnificent velvet look that is only going to make Virgil van Dijk look more imperious when he turns on the afterburners to get himself out of trouble.

Here we find the masters of international kits. As the proud owner of their 2020 home kit, I am disappointed to see that this might even be a step up on the “cloud camouflage” print that Adidas went for then. This time, the manufacturers have taken their inspiration from anime for a kinetic shirt that looks as good in person as it does in stylized format. Perhaps that’s why the USMNT were so awful against Hajime Moriyasu’s side. They were simply taken aback by how good their opponents looked. And yes, I have rehashed this joke like Puma rehashed their away kits.

Whether Tunisia are actually going to need to wear three kits at a World Cup where they are probably only going to play that many games is an open question. It would be a travesty if this bit of fried gold did not get to an airing in Qatar. The underlaid graphic takes its inspiration from the shield of Carthaginian general Hannibal, the color scheme from the nation’s olive industry. Kappa tend to deliver when it comes to shirts (see the emergence of Venezia as the cult-est of cult kit creators) but even by their standards, this is a towering achievement.

It simply had to be. Mexico don’t do bad kits, but this is a whole other level of greatness, transcending the limitations of a T-shirt to reach greater heights. This will be the bar against which all future World Cup kits are measured, the Brazil 1970 of shirts, Diego Maradona’s 1986 tournament in jersey form.

In short: that’s a really nice pattern you’ve got there Mexico.

We may receive a commission for purchases made through these links.