Wherever you look at the Club San Carlos de Apoquindo, you will find someone connected to the Fillol Haggstrom family.

More than 20 members of the family work behind the scenes at the Chile Dove Men+Care Open in Santiago, a unique situation on the ATP Tour. The family lives and breathes tennis, helping to create a special atmosphere at the ATP 250 event.

This is not a new development. Tournament Director Catalina Fillol is the fourth daughter of Jaime Fillol Sr., who reached No. 14 in the world in 1974. From 1993 to 2014 it was Fillol Sr. and his brother Alvaro Fillol who organised the tournament, which alternated between courts at San Carlos de Apoquindo, Santa Rosa and Vina del Mar.

The event returned to the calendar in 2020 after a six-year break, bringing the ATP Tour back to Chile just as local favourite Cristian Garin was making his first move into the Top 20 of the ATP Rankings. Fillol Sr., the five Fillol Haggstrom children, their spouses, and over half of the sixteen grandchildren now all play a day-to-day role in making the tournament run smoothly.

Led by the tireless Catalina, each sibling takes a specific role. Cecilia looks after the finances with Jaime Fillol Jr., who is also in charge of on-court interviews. Natalia takes care of player hospitality, and Angela is responsible for community relations and player services.

“For our family, it was important that we were united,” says Jaime Jr. “Despite the things we do separately, we all come together and grow with that philosophy.

“We all like tennis, we all play, and having an ATP tournament in Chile was something that made us very proud, together with [tournament rights holder] Octagon.” 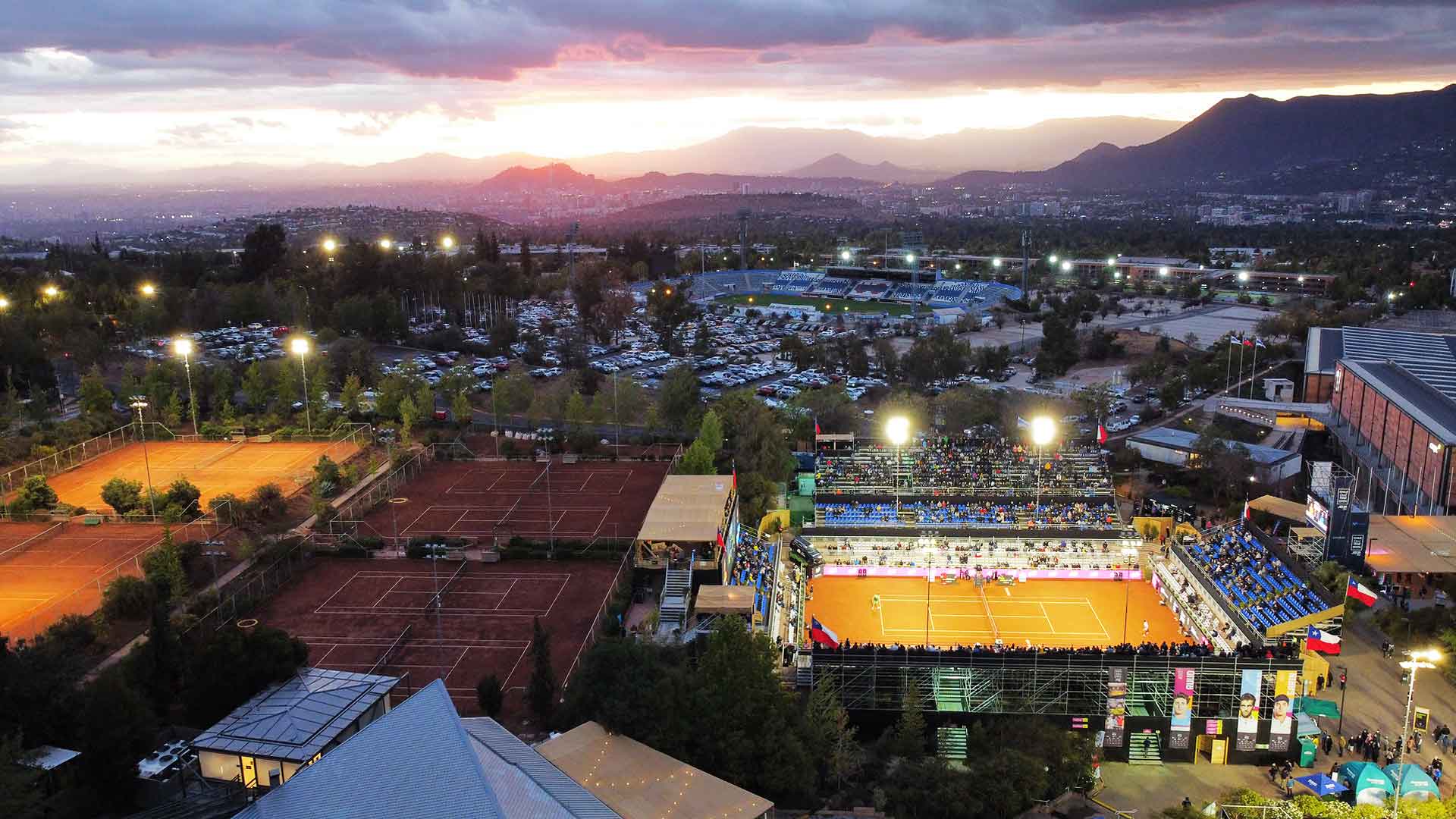 So what is the secret that enables them to work in harmony?

“Making sure the players receive a warm welcome and are respected is something that is always a goal for us from the start,” explains Jaime Jr. “That’s why we’re all committed. We’re an entire generation of a family helping make sure the tournament goes as well as possible each year and tennis brings us together. We’re a one-off in the world, I would say.”

Meanwhile, the siblings’ husbands and wives have their own daily jobs. Allan Jarry is not only the father of Nicolas Jarry, who played at the 2022 edition of the tournament, but also the marketing strategist, along with Rodrigo Contreras and Diego Garcia. Martin Rodriguez is the Tennis & Player Coordinator, and Renata Teran looks after VIP services.

That’s not all. 11 of Jaime Sr.’s grandchildren share responsibility for tournament credentials, court preparation and handing out balls, and even take on roles as ballboys or warm-up partners for the players.

“We all feel like we’re a part of something big and we want the players to feel that,” says Catalina, one of the world’s few female tournament directors. “Having everyone on our team is contagious. During the week, we ask everyone if they’re happy and what the experience was like, and that’s how it’s always been. The first time I was at the tournament, I was 13 and I took the water to the courts. I worked my way through all the roles to where I am now.”

These efforts are noticed outside the family. “It’s a unique tournament,” says former World No. 5 and 11-time ATP Tour titlist Fernando Gonzalez. “For me, for the Chileans and for everyone. When I was a boy, Jaime [Sr.] and Alvaro started to do it and they’ve brought it back. It’s amazing to see how everyone enjoys themselves behind the scenes.” 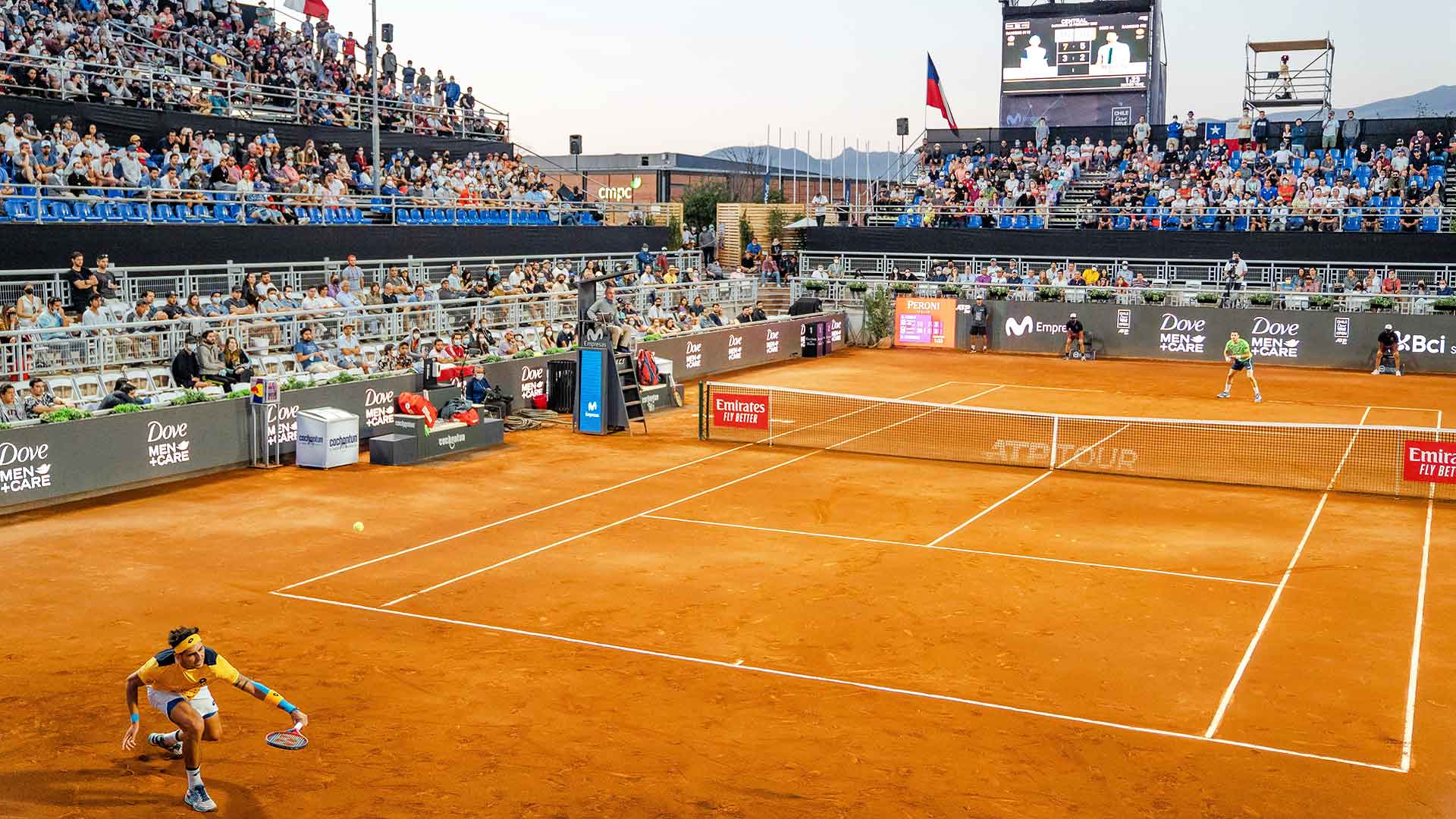 “We all know and love the players,” adds Gonzalez. “This is one of the most important sports events in Chile and South America, and there’s a whole family behind it. It’s unique in the world, I have no doubt.”

“Everyone makes a huge effort to run this tournament”, says Spaniard Albert Ramos-Vinolas, who went on to reach the semi-finals at the 2022 event. “As a player you can see it. I see what they do, and they do it very well and you can see how happy they are organising this tournament”.

Another 2022 semi-finalist, Chilean Alejandro Tabilo, also holds the tournament in high regard. “This year was special, a great week for me, and luckily we were able to have fans”, said the World No. 98. “It’s incredible to see how there’s a whole family helping. It’s a great atmosphere being part of the tournament, we’ve all known each other for years and they put a lot of energy into making it great.”

What does the future hold for the event? “When the tournament left Chile, we missed it,” says Catalina Fillol. “The whole family. That’s why we felt we had to bring it back. Chilean tennis deserved it.

“Now it’s our third year back and there are more cousins working every year. My father Jaime [Sr.] used to tell us that it wasn’t easy to run a tournament and now he says that, luckily, we ignored him and kept on doing it.

“We want to grow every year. This year we had a better No. 1 court, we added lights. So with every detail, we want to convey that this is a Chilean tournament and that we’re going to continue in this vain.”

With a tennis-mad family at the helm and plenty of goals yet to be fulfilled, the future looks bright for tennis fans in Santiago