Australia’s best junior tennis players are contesting the 2022 Australian Teams Championship presented by Kia on the Gold Coast in Queensland. 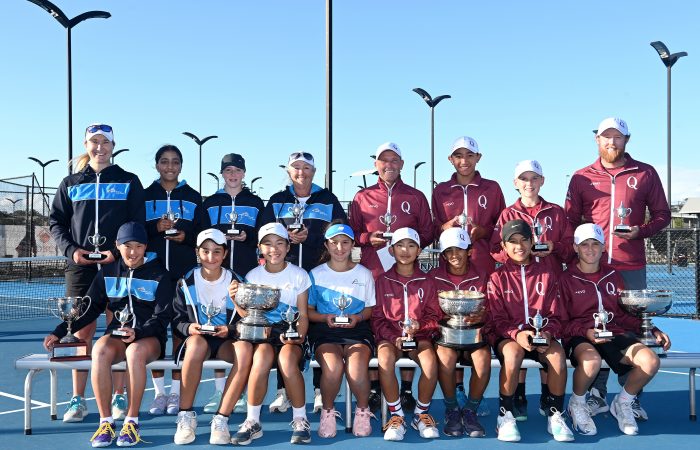 As Australia’s best tennis players don their whites for the 135th edition of Wimbledon this week, the nation’s brightest junior tennis players in the 11/u, 13/u and 15/u age groups are contesting the 2022 Australian Teams Championship presented by Kia on the Gold Coast in Queensland.

More than 150 up-and-coming tennis players from each Australian state and New Zealand will play at the annual junior team competition across 10 days.

The round-robin tournament has teams competing in pool matches, before the final elimination rounds are contested.

Tournament Director Francis Soyer said competitions like the Australian Teams Championship presented by Kia provide an important opportunity to junior players early on in their career.

“National tournaments like these give Australia’s future tennis stars the chance to play as a team at the highest level here at home and support each other as teammates,” he said.

“Some of our current pro tennis players today gained cherished experience at this very event including the likes of past junior champions Nick Kyrgios, Jordan Thompson, Thanasi Kokkinakis, Jason Kubler, Maddison Inglis, Jaimee Fourlis and Zoe Hives, who are all competing in London this week.”

The tournament is one of four Australian Junior Championship events held each year, which take place on each of the Grand Slam surfaces – clay, grass and hard court.

Kia will present an award to the ‘Most Driven’ player from each age group, recognising the players who have displayed values of ‘commit, compete and respect.’