JACKSONVILLE, Fla. — So, let’s recap the past seven days for the Jacksonville Jaguars:

Meyer and the franchise have been laughed at, ridiculed and criticized for nearly a week, so no one should be surprised that everyone — including the team’s players — is tired of talking about what happened and wants to move on.

“We are 100 percent not worried about this,” defensive end Jihad Ward said of the week’s events. “This is not making us feel bad. This is not some, we got our heads down. We are moving up; we aiming for the top.

They’re moving on because, if they don’t, they’re staring at a piece of dubious NFL history.

They hope to end a 19-game losing streak by beating the 2-2 Tennessee Titans, who have won nine of the past 11 games between the AFC South rivals. If the Jaguars don’t win on Sunday at EverBank Field (1 p.m. ET, CBS), they will own the second-longest losing streak in NFL history — six losses shy of tying the Tampa Bay Buccaneers for the most consecutive losses (26).

“We go out there and try to win a game every week, but this one, definitely start [with] one [victory],” defensive end Josh Allen said. “We ended the first quarter [of the season] 0-4. It’s a new start, a new quarter, and we just have to come out swinging, man. This one’s going to be huge.

“… We’re just looking forward for this week, and just go out there just to have fun and just enjoy it.” 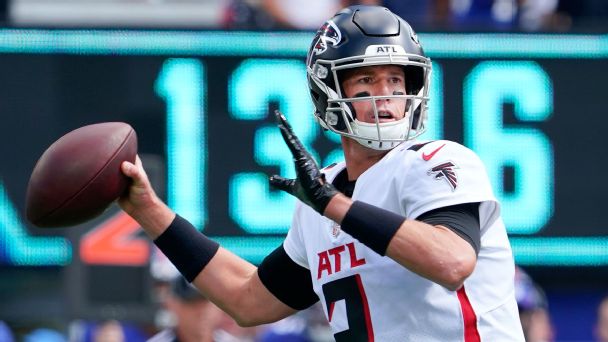 • Matt Ryan closes in on milestone
• Is Maye nearing Jets’ exit?
• Stafford says thumb is fine
• How do Jaguars move on?
• Inside the Lions’ troubling trends

“And they’re going to feed [Henry] until you stop him.”

They’re moving on to London. The Jaguars will leave for England on Thursday and play the Miami Dolphins at Tottenham Hotspur Stadium (9:30 a.m. ET, Oct. 17, CBS).

Will Meyer still be their head coach? He said this week that at no point during the aftermath of the two viral videos did he consider resigning, but Meyer has changed his mind suddenly before. For instance, he announced on Dec. 26, 2009, that he was resigning as Florida’s head coach because of his health but changed his mind and said the following day he was taking a leave of absence instead, though he coached a bowl game Jan. 1, 2010, and returned to full coaching duties that March.

Khan’s public reprimand was severe: “Now, he must regain our trust and respect,” it read in part. “That will require a personal commitment from Urban to everyone who supports, represents or plays for our team. I am confident he will deliver.”

It is pretty clear from Khan’s words: Meyer has no margin for error going forward in terms of his off-field behavior.

But is the owner who courted Meyer for a year willing to fire him — and potentially pay a hefty buyout — two months into the coach’s first season? Especially when you consider what Khan said at Meyer’s introductory news conference in January about his record of head-coaching hires: “This time I got it right.”

Firing Meyer would be an admission that not only did he not get it right, he got it spectacularly wrong. It would be humiliating and Khan would be searching for his fifth head coach since taking over the franchise in 2012.

There’s zero indication Khan is going to fire Meyer now, but, if any other situations arise in which Meyer embarrasses the franchise, Khan might be forced to make a move.

It likely won’t be related to the outcome of Sunday’s game with the Titans — though a victory would make for a better atmosphere inside the franchise.

“OK cool, it is what it is, people laughing about it, people joking about it, that’s fine. But at the end of the day, we’ve got to move forward,” Ward said. “We can’t worry about this stuff. Because if we lose this game, he is not to be the blame of this mess that we got going on. I won’t allow that to happen. So, this is not a defend-my-head-coach situation. This is a, ‘We’re not worried about this bulls—.’”