DETROIT — There wasn’t time for a formal introduction between Craig Reynolds and his new Detroit Lions teammates — at least not on this day.

They had to handle that later.

Back on Aug. 12, after missing one flight and experiencing two more delays, the free-agent running back arrived in Motown the morning before the Lions’ first preseason game against the Buffalo Bills.

Once in Detroit, he had to try out in front of Lions general manager Brad Holmes before being signed by the team later in the day.

At Ford Field the next night, the newly signed running back had to introduce himself to his new teammates in the huddle, before leading the team in rushing with 49 yards, including a touchdown, off six carries.

That performance prompted Lions running backs coach Duce Staley to playfully give him one of the most memorable nicknames on the squad.

“We call him Netflix. That’s what he was doing — on the couch watching Netflix. All of a sudden he came in, got a couple yards, scored a touchdown. I’m proud of Netflix. We all watch Netflix, right? Well, he’s Netflix,” Staley said.

Staley said the nickname was not meant to paint Reynolds as someone who was sitting around and waiting for his opportunity. And those who have witnessed Reynolds’ path to the Lions, know that characterization isn’t true. Reynolds’ work ethic showed as he progressed from the practice squad, to the 53-man active roster, to a star on the field in the Lions’ two most recent games.

Without top rushers D’Andre Swift (shoulder sprain) and Jamaal Williams (COVID-19/Reserve list), Reynolds stole the show, producing a combined 195 rushing yards against the Denver Broncos and Arizona Cardinals, including a 112-yard performance on 26 rushes in Detroit’s upset win over Arizona on Sunday. He joined Lions great Billy Sims as the only players in franchise history to rush for at least 80 yards in each of their first two games with the organization.

“I’m not worried about nicknames to be honest,” Reynolds said. “I just want to go out there and just play when the opportunity comes. I pray every day to God and I’m thankful for the opportunity.”

Although Netflix is a media-friendly tag, and also catching on among fans, it doesn’t do Reynolds’ story justice.

His path to the NFL began as an undrafted free agent by the Washington Football Team in 2019. He was then signed and waived in brief stints with the Atlanta Falcons and Jacksonville Jaguars before clawing his way onto the Lions roster. With both Williams and Swift returning to practice this week, Reynolds knows his work isn’t done, and faces an uphill battle for continued touches.

“It probably didn’t sit well with Craig because the last thing that kid was doing was sitting and watching Netflix all day. That kid worked his tail off,” said Jim Clements, Reynolds’ coach at Kutztown University in Pennsylvania. “That’s what got him there. He has an unbelievable work ethic. He had a really good attitude, even when things weren’t going his way like he thought they would be or like we thought they could go for him, but he never gave up. He continued to work.” 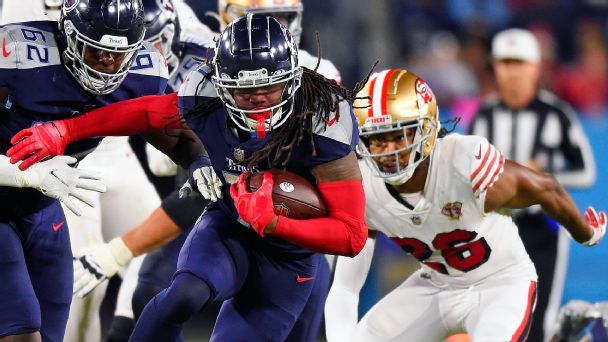 Reynolds’ production has earned the respect of first-year head coach Dan Campbell as well. Campbell, who admires underdogs like Reynolds, said it’s unclear how his role will be defined when Swift and Williams return to action, but acknowledged he has a difficult decision to make.

“I would say this: If Craig goes to the game, Craig is getting some carries,” Campbell said. “That’s what I would say. So yeah, he’s warranted that.”

Staley says he first started noticing that Reynolds could have sustained success with his approach to practice. In drills, Staley watched him finish every run, hit the holes, catch the balls, and run behind his linemen on screens. He also pulls Staley to the side regularly to ask, “Coach, I want to make sure I got this right.” Those little things stood out to the coaching staff.

Reynolds left school as Kutztown University’s all-time leader in rushing touchdowns before beginning his underdog path to Detroit, which he has fully embraced.

“I mean shoot, we got ‘Grit’ on the wall in our building,” Reynolds said following the Arizona victory. “And that’s just — it comes down from the head coach to the staff to the players, just we wanted to be physical. That’s really it.”

Even on a roster with a strong rushing attack already in place, his production when called upon can not be ignored. For those who have followed his journey, the opportunity was certainly earned. He didn’t do all that by watching Netflix.

“I’m just thankful every day that he stayed healthy and is getting his chance because he worked his tail off for it,” Clements told ESPN. “It’s almost like a Rocky story.”