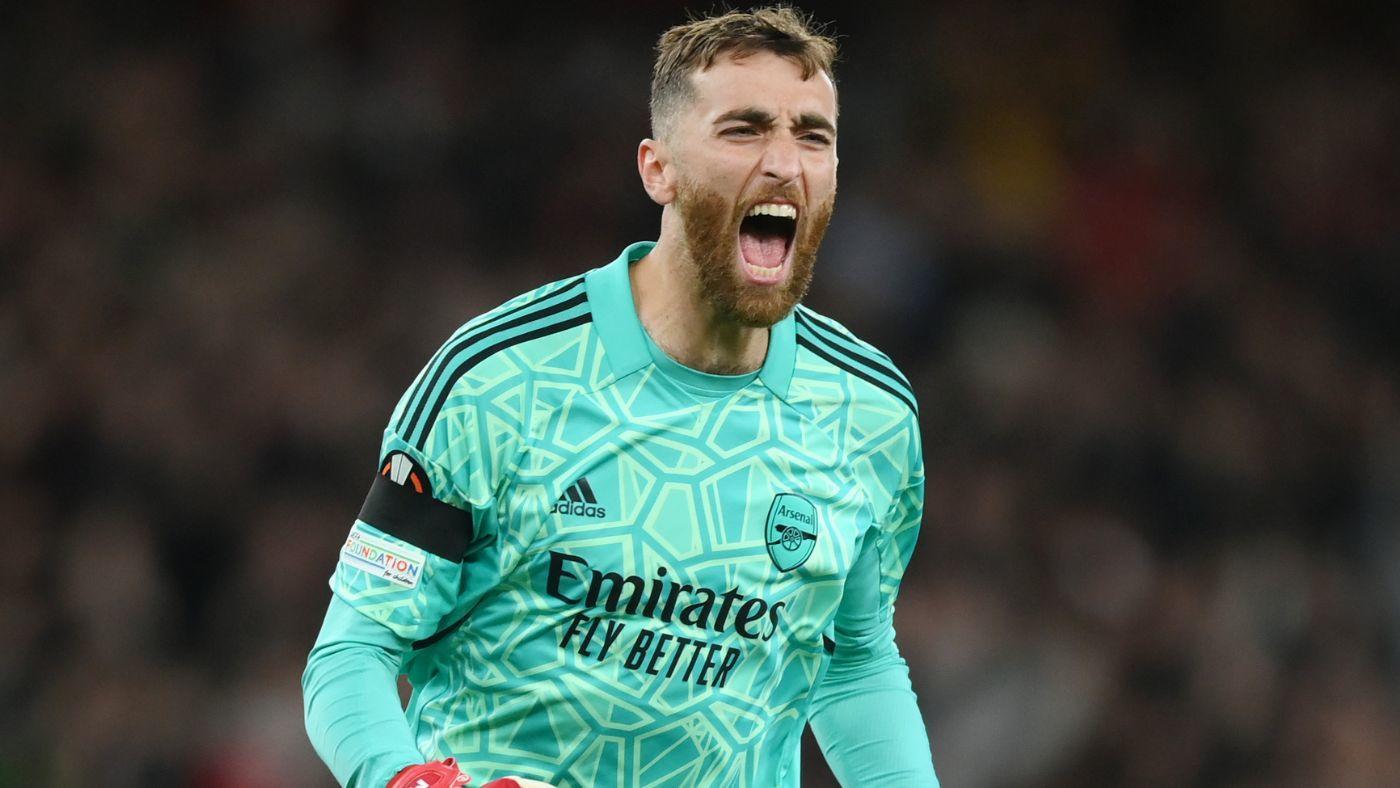 LONDON — It was as good a home debut as Matt Turner could have wished for. Not only did the United States men’s national team keeper keep the first clean sheet of any goalkeeper at the Emirates Stadium this season, but he did not do so by default. After a first half which he could have spent sat on a deckchair in his own penalty area, in the second half Arsenal’s summer signing was called into action as Bodo/Glimt tried to force their way back into the match after the break.

After 50 minutes of glorious inaction, Turner was called upon to keep Arsenal in the ascendancy. He delivered in style. Hugo Vetlesen’s initial shot had been blocked in the penalty area but the ball broke to Amahl Pellegrino, whose low drive went through the legs of both Gabriel and Rob Holding. That gave Turner precious little time to react but he dived quickly to his right, his parrying glove pushing the ball to safety.

The next time he had to make a save the game was already won but there was a clean sheet to protect. Again Turner had to be quick in his reactions, a low cross to the near post where his defense had allowed an unmarked Ulrik Saltnes to run across him. The Bodo/Glimt midfielder clipped a shot at goal, Turner’s glove was up quickly enough to slow its momentum towards goal, allowing Holding to clear on his goal line.

These were the sort of moments that made the 28 year old an All Star in MLS, where he was voted the league’s best goalkeeper in 2021. It is early days in the Premier League but the move to Europe does not appear to have dulled Turner’s reflexes. But then the questions that hung over him were never about his shot stopping.

His on ball qualities have been closely observed by Arsenal supporters before and since his arrival. At a top club a goalkeeper’s role is as much about starting attacks as it is snuffing them out, perhaps more so. Turner knows that the questions are coming, indeed when it is broached to him he responds with an almost weary grin of a man who knows this is going to come up a lot. He knows that he has to improve in that regard if he is to seriously challenge Aaron Ramsdale for the No.1 jersey. But he already sees signs he is.

Speaking to CBS Sports after the 3-0 win, Turner said: “If you watch me last year, two years ago, you’d say I have improved! Obviously there’s a learning curve. Things happen faster here, players are better, smarter and press with more intensity. There definitely was a curve but it’s an area I’m always improving on, always working on, always striving to get better and better.

“As a goalkeeper you don’t want to take risks but the way we play, that’s the way it goes. The position has evolved. I’m the type of person that has always tried to adapt and improve my game. Mikel [Arteta, Arsenal manager] is always identifying areas where we can hurt other teams, that’s one of the areas where I can improve a lot, seeing the picture on the field and executing the ball to hurt the other team.”

Those doubts over Turner’s distribution may prove to be overblown anyway. Though he and his backline endured the odd skittish moment at the Emirates when playing short he proved in his debut against FC Zurich that when he goes long he can deliver the ball to his team mates with accuracy and pace. Under pressure from the home team in the image below, Turner clips a smart pass with his weaker foot into the space that Eddie Nketiah is running back to fill, allowing Arsenal to get out and attack.

Equally there was more than one moment against Bodo/Glimt where the nerves seemed to kick in. Below Martin Odegaard has dropped back to give him another option with the visiting frontline having proven to be adept at threatening Arsenal’s backline. The pass is on and earlier in the game Turner seemed happy to dump the ball off to Granit Xhaka when he came deep. Yet after a trying spell over the last 15 minutes he instead opts to hoof for territory, sending the ball flying out to his counterpart in the other goal. One suspects that neither Turner’s head coach nor his captain would have been particularly impressed.

Perhaps his greatest challenge is that he is going to be compared to one of the best ball-playing goalkeepers in the game in Ramsdale, a player who revolutionized the way Arsenal build possession when he arrived from Sheffield United a year ago.

“Aaron brings a great calmness to the field with the ball at his feet,” says Turner. “Honestly it’s amazing. To get to learn from him, see what he sees, talk through moments, he and I have developed a really great relationship over the course of these past few months. We’re looking to help each other in different ways.”

For the time being there appears to be a clear hierarchy. Turner will play in the Europa League, EFL Cup and perhaps the early rounds of the FA Cup in the new year. Ramsdale is the one who will be between the sticks as Arsenal battle to stay at the top of the Premier League. Nothing, however, is set in stone. “There’s no guarantees in this sport,” says Turner.

“I’m going to take my games one at a time. Whenever I step out onto the pitch I’m going to give it my all like I always do. Hopefully that results in more consistent playing time,

“I think [Ramsdale] knows I’m nipping at his heels, but we have such a respect for each other. He’s very happy for me to get a clean sheet and to play well, for me the same. When he makes a big play I’m always happy. We’re team first guys, it creates a great working environment and I look forward to getting into training every day.”

Ramsdale is not the only one to relish Turner’s success. The new arrival is at pains to thank Holding — “the first person on this team to put his arm around me, to say ‘come sit here'” — for his support since he arrived, which included driving him to training before he got a car. Meanwhile supporters in the Clock End could be heard chanting “USA! USA!” as they played a part in making this an unforgettable night for their new arrival. It is little more than four years since the Park Ridge, NJ native made his MLS debut, now he was taking to the field of a 60,000 capacity arena, wearing the colors of one of England’s biggest clubs.

“Some of the guys were giving me a bit of stick in the locker room about [the chant],” he said. “I don’t know if [the fans] are making fun of me or cheering me on, but it’s pretty funny for me regardless.

“The fans have been amazing all season. For me to hear them welcome me in front of 60,000 people is a really special moment for me and my family. It makes me a little emotional to even talk about it. It means a lot to me.”

There will be a few more of those to come in a hectic run of games for Arsenal and Turner, who will be expected to start in the remaining four group stages matches of the Europa League and an EFL Cup tie against Brighton before jetting off with the USA to the World Cup. For now the grind of club life means that thoughts of Qatar are at the back of his mind but Turner pulls no punches in reflecting on the defeat to Japan and draw with Saudi Arabia during last month’s international break.

“For us as a national team as the USMNT we know that we need to be better if we want a chance to get out of our group,” he says. “Once we get to Qatar, the next time we’re together, we have a lot to look at, a lot to improve upon and not a lot of time to do it. The message was take the time with your clubs and as things get closer and closer we need to tune into our message of what we’ve been trying to build over these last few years.”