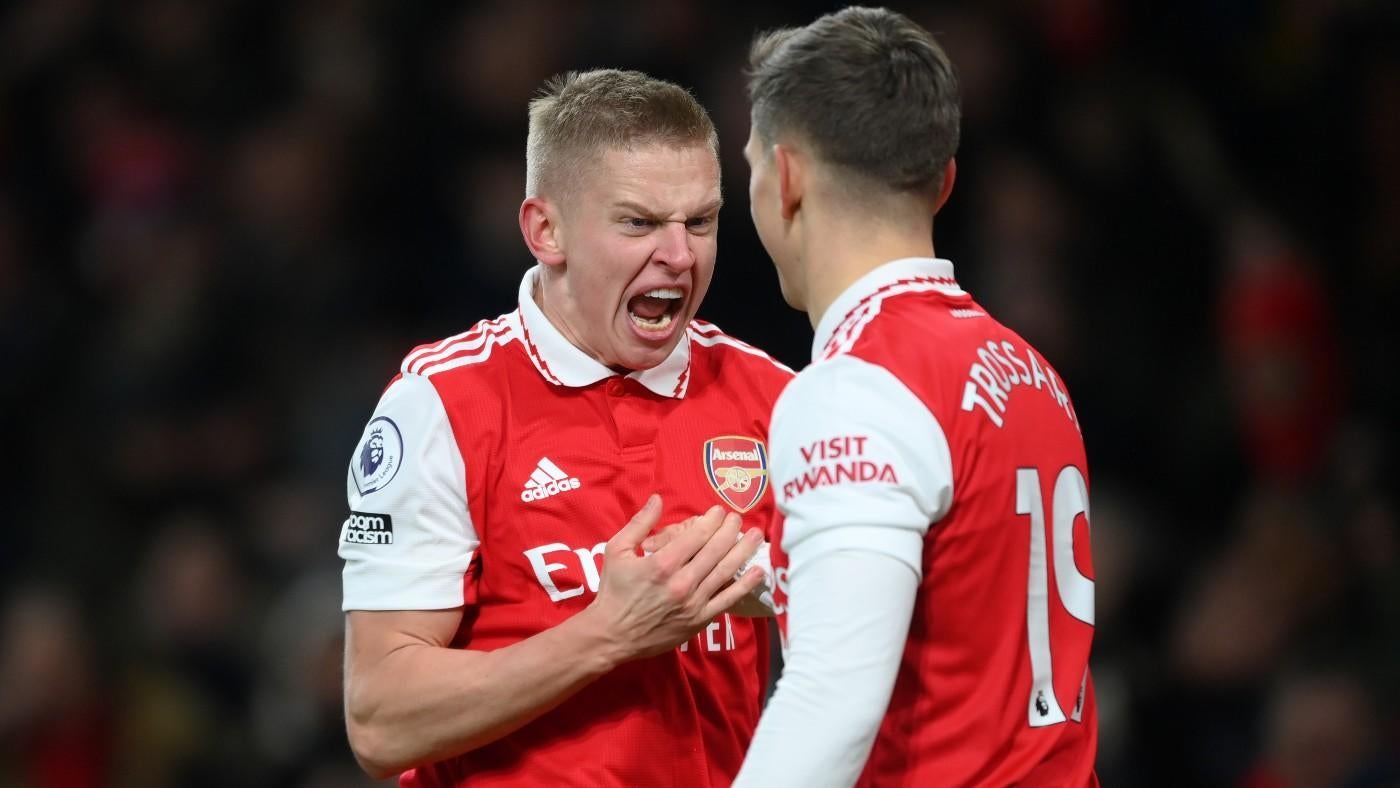 For the first time in a generation Arsenal and Manchester United delivered the sort of titanic contest that is carved into the foundation stones of the Premier League, a match fit to stand alongside the Marc Overmars game in 1998, the thrilling 2-2 draw of five years later and Pizzagate. At almost any stage you could have convinced yourself that this game was bound to tilt dramatically in one side’s favor.

You could never have swayed Arsenal though. Whilst this game felt close to a distant observer there could be no doubt in hindsight that Mikel Arteta’s Premier League leaders had bossed this game. The statistics make for almost laughable reading. Bukayo Saka, who bullied Luke Shaw, ended the game with more touches in the box than Manchester United’s 12 in total. In 45 minutes backup right back Takehiro Tomiyasu registered three touches in the opposition penalty area; no opponent bettered that tally. Martin Odegaard and Eddie Nketiah registered six shots. So did United.

To look at those numbers one could scarcely believe it took until Nketiah’s 90th-minute flick of a right boot to kill off United. And yet they do not tell the story in its entirety. United might have been second best but that does not mean they were anything other than a very good team executing a plan that Erik ten Hag had evidently concluded was the most effective way to deal with the league leaders. When the opportunity came to break they offered threats aplenty from the precise passing of Christian Eriksen and Bruno Fernandes.

Then there was Marcus Rashford, moving like a man who knew he was the best player on the pitch. For a time he was, devastating Arsenal after a bright start with a killer blow of an opener. Throughout the pre-match warmup he had been fizzing the ball into the bottom corners, he carried on where he left off when Thomas Partey conceded possession with a heavy touch. Wout Weghorst’s smart decoy run opened space for a long-range shot, Rashford got enough bend on a dipping effort to leave Aaron Ramsdale without a hope.

Arsenal were not shaken, even for a split second. They disproved the nonsensical idea that has emerged of late that Arteta’s touchline temper would rub off on them. Even as the United press disrupted the foundations of their buildup they continued in the fashion that had earned them 47 points from their first 18 games. This has not always been the case, as recently as their defeat at Old Trafford earlier in the season when a panicked Arteta threw on the cavalry and left acres for United to drive into.

This time Arsenal eased their way through the gears. Their press set the stage for Nketiah’s first, Gabriel Martinelli forcing a corner from Aaron Wan-Bissaka that would lead to the equalizer, and by the time they returned to the pitch after the break they were irresistible. Shaw has not been short of one-on-one practice against Saka with England but he simply had no answer to one of the best young forwards in the world. Eriksen could not stop him either as Saka bent a gorgeous strike in at the far post.

Speaking after the game, Shaw had the look of a man who had just come from a marathon “Saw” watch-a-long.

“In the second half maybe we deserved that,” he acknowledged. “We were a bit passive, we let them control the game completely in the second half. To concede at the end is gutting.

“You have to give them credit for what they’ve done this season. They deserve to be at the top from the way they play.”

Arsenal had bullied United, forcing them ever deeper as they ratcheted up the pressure at the very moment they needed to. It is becoming something of a trend at the Emirates Stadium that this team merely brush off adversity. In years gone by the ground would have grumbled at Ramsdale’s sloppy handling of a corner, the players would have been nervously hoofing the ball forward as swiftly as possible.

Instead, Arsenal delivered the slow death, perhaps to United’s faint chances of winning the title, probing every inch of their low block, varying their pace and angles of attack like a side who knows exactly what is required to deliver a champion’s win. Doubtless, it helped that setting their tempo was a serial trophy winner in this country. Oleksandr Zinchenko was always available for a pass, invariably in the positions where United didn’t want him to be. This below is the second half touch map of a ‘”left-back.”

How do you defend against that player, particularly when he is as technically proficient as anyone on the pitch? He set the tone for a side who knew this game would be won sooner or later.

“Mentally and emotionally we were really composed but determined,” said Arteta. “We managed those moments really well. We never panicked. We kept believing. We kept doing the same things even better than before. We always believed that we could win it.

“We showed the right composure in the box on many occasions but the ball didn’t go in. We’re fortunate enough that in the last action, we managed to win the game.”

In truth, however, fortune does not really come into this. It was not good fortune that won Arsenal this game. It was territorial dominance, technical excellence and clear-eyed composure. That reads an awful lot like the makeup of potential champions of England.