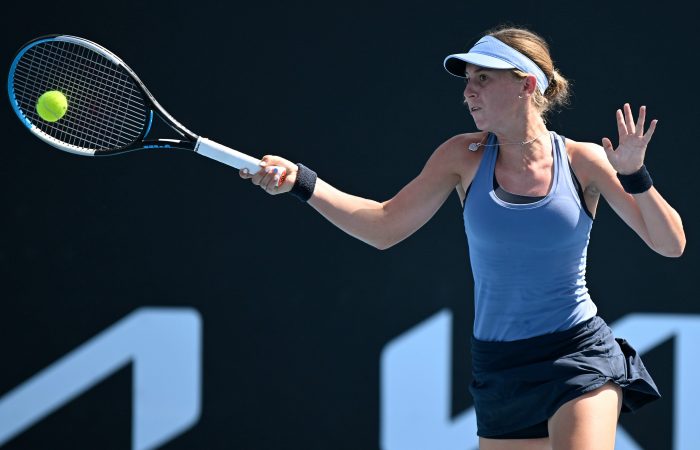 Four of Australia’s most promising teenage talents will make their WTA-level debut tomorrow in the Hobart International qualifying competition.

Taylor, a 16-year-old from Queensland with a world junior ranking of No.51, faces 21-year-old Chinese player and world No.86 Wang Xinyu in the opening round.

Fairclough, a 17-year-old from Western Australia who idolises former Hobart International champion Petra Kvitova, has been drawn against 24-year-old Hungarian and world No.88 Panna Udvardy.

Larke, a 17-year-old from Queensland who recently broke into the top 100 in the ITF world junior rankings, meets ninth seed and world No.85 Tamara Zidansek. The 25-year-old Slovenian is a former world No.22 and a Roland Garros 2021 semifinalist.

The Gold Coast-based Jones is ranked No.35 in the ITF junior rankings, making her the highest-ranked 14-year-old in the world. She faces second-seeded Czech and world No.71 Tereza Martincova in her WTA debut.

The Hobart International has a proud history for unearthing future champions. Grand Slam champions Kvitova, Garbine Muguruza and Sofia Kenin all won their first tour-level titles in the Tasmanian city.

The qualifying competition is free for the public to attend, with play beginning from 11am tomorrow at the Domain Tennis Centre.

This marks the return of the event after a two-year hiatus due to the COVID pandemic.

Main-draw action begins on Monday, with tickets available via Ticketmaster.