Astra Sharma and Maddison Inglis are the last Australian contenders standing in the US Open 2022 qualifying competition. 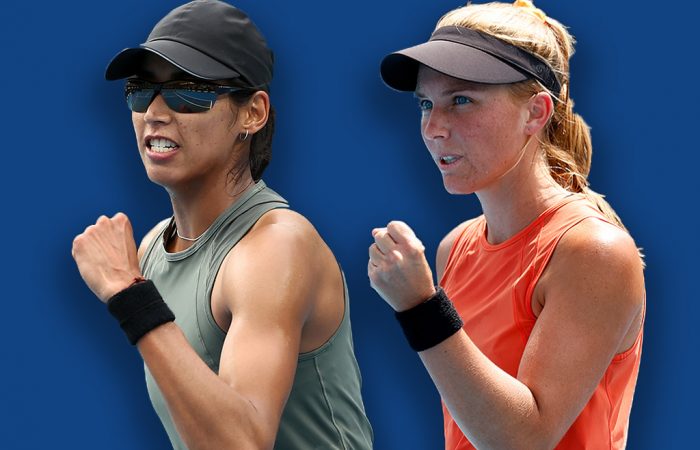 Two Australian women have advanced to the final round in the US Open 2022 qualifying competition.

Astra Sharma and Maddison Inglis are within reach of securing a coveted main draw spot in the final Grand Slam tournament of the season, with the Perth athletes both needing one more victory to qualify.

They continue their quest in New York today, where play begins at 1am AEST.

[31] Maddison Inglis (AUS) v Yuan Yue (CHN)
Women’s qualifying singles, final round, Court 8, first match (from 1am AEST)
Inglis is enjoying an impressive career-best run in New York, advancing to the final qualifying round for the first time. The 24-year-old has qualified at a major tournament once before, at Wimbledon earlier this season. The world No.135 now has another opportunity to achieve this feat when she faces Yuan. The 23-year-old Chinese player is ranked No.142, making her US Open debut and aiming to qualify at a Grand Slam for the first time.
Head-to-head record: Inglis leads 1-0
Last meeting: Inglis won 6-7(5) 6-3 6-2 (Montpellier, June 2021)

Astra Sharma (AUS) v [5] Viktorija Golubic (SUI)
Women’s qualifying singles, final round, Court 8, second match
Sharma is hoping to qualify at the US Open for the second consecutive year. The 26-year-old’s fighting spirit has been on show this week, clawing back from precarious positions in her two matches. This includes saving a match point in her opening round. The world No.191 now faces 29-year-old Golubic, a Swiss player ranked No.88 and a Wimbledon 2021 quarterfinalist. They have played twice before, both times on American hard courts in 2019, and split the results.
Head-to-head record: Tied at 1-all
Last meeting: Golubic won 2-6 6-4 6-3 (Bronx, August 2019)