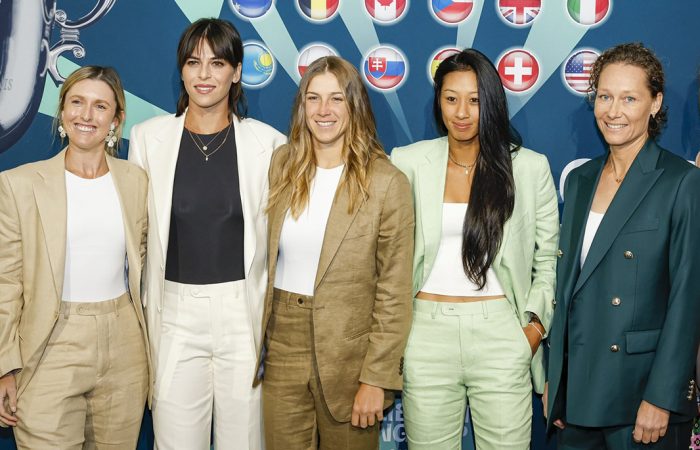 The 2022 Billie Jean King Cup Finals begin in Scotland today and the Australian team has the honour of competing in the opening tie.

“It’s exciting for us,” said Australian captain Alicia Molik ahead of a round-robin showdown against Slovakia at Emirates Arena in Glasgow.

Molik is hoping Australia can make a winning start, as the team looks to improve on a semifinal appearance in Prague last year.

“We are here to try and win the event. We got close last year,” Molik said.

“I really believe our team can step up. We’ve got experience and we’ve also got some youth in our team, which is really exciting.”

Australia is facing Slovakia in the competition for the first time since 2016 and looking to improve a 2-0 head-to-head record.

Tomljanovic boasts an unbeaten record against Slovakia’s top-ranked woman, former world No.26 Anna Karolina Schmiedlova. The Australian has won all three of their previous meetings, including two this season.

Molik, however, is not underestimating the Slovakian team.

“They’re a tough team, there is no doubt about it,” said the Australian captain.

The Australian team needs to finish on top of Group B, which also includes Belgium, to advance to the knock-out semifinals.

The Billie Jean King Cup Finals are broadcast on the Nine Network in Australia, with coverage beginning from 9pm AEDT.