Tickets are now on sale for Australian Open 2023, where an exciting new range of initiatives will be introduced to enhance the fan experience. 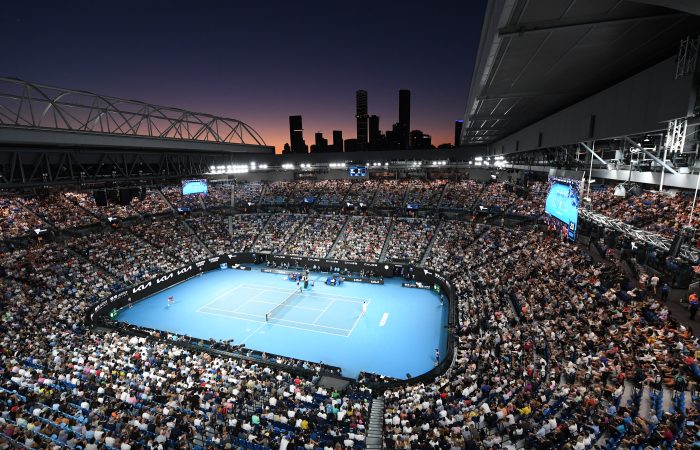 Australian Open organisers today announced the ambitious attendance target of 900,000 fans over a three-week tennis and entertainment extravaganza in January.

As part of ongoing expansion plans, the AO will continue to ramp up the attractions in qualifying week and week two, embarking on a long-range attendance target of one million fans flocking to Melbourne Park.

“We want to return to our pre-pandemic plans of cementing the AO as the biggest annual sporting event in the world in January, while also making it as accessible to as many fans as possible,” said Australian Open Tournament Director Craig Tiley.

“We can’t wait for what promises to be a jam-packed calendar designed to appeal to all ages. The hugely popular Kids Tennis Day returns and the AO Ballpark, always a huge hit with families, is back bigger and better than ever.

“We have cool new areas to socialise in such as the Beach Bar, you can get involved and try out all forms of the sport at the Tennis Club, there are chances to watch the world’s top players in practice matches and charity initiatives to help the people of Ukraine.

“These are just some of the examples – along with world-class tennis action, great entertainment and incredible food offerings – of how we will drive expansion of the event and bring our long-term vision to life.

“The AO is renowned as being open and welcoming to all and there will be more activities and celebrations around both First Nations Day and Pride Day. We are also excited to launch our first All-Abilities Day which will complement the increase of our wheelchair draw from eight to 16. The AO Inspirational Series returns for women’s semifinals day and our focus on women’s and girls will be showcased throughout the tournament.”

New initiatives for AO 2023 include:

A commitment to equality, inclusion and diversity will be showcased through a variety of special events, themed days and a range of activations, ensuring everyone is welcome and the AO is truly #Open4All. Activities include:

Australian Open 2023, supported by major partner Kia in association with Emirates, Luzhou Laojiao and Rolex, will take place at Melbourne Park from 16-29 January 2023.