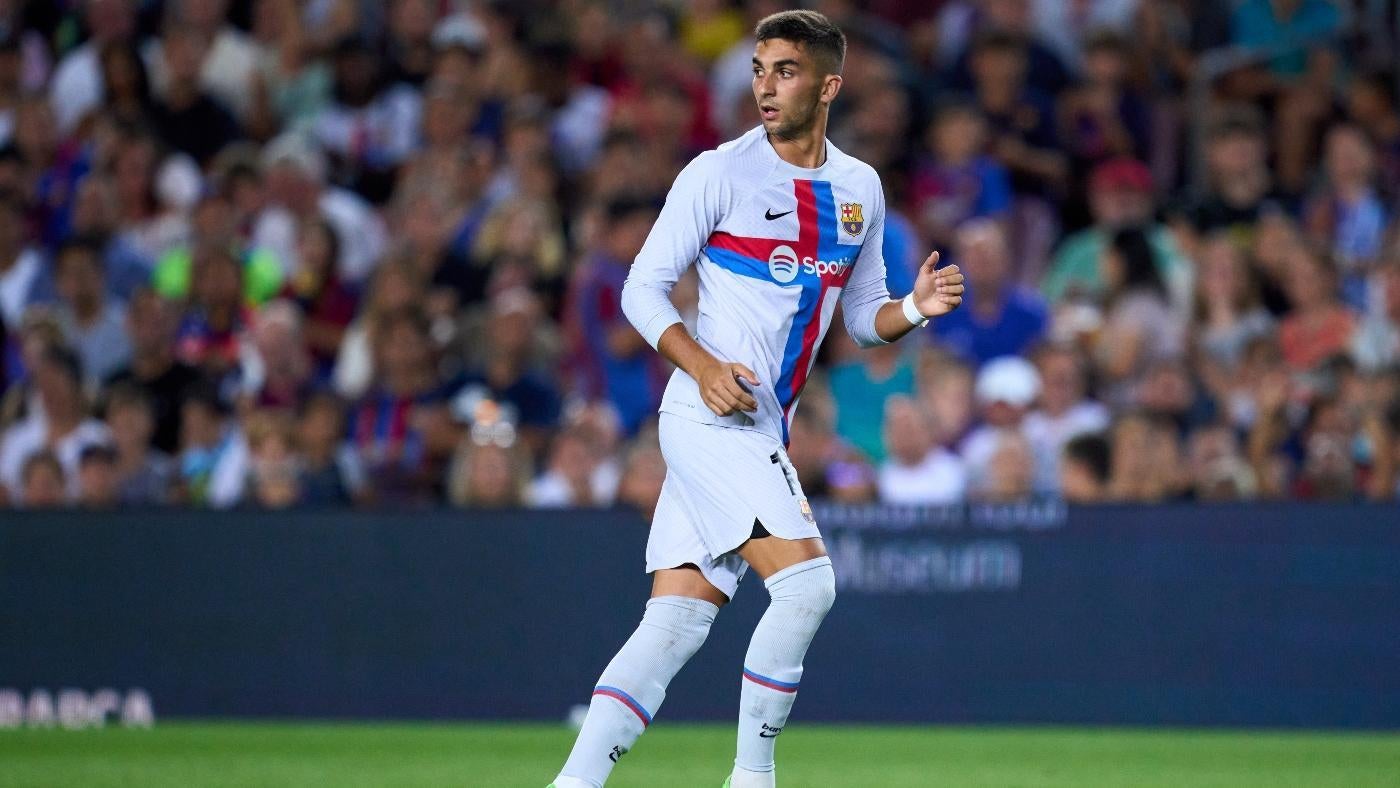 Barcelona will try to keep pace in the title race when they travel to Cadiz on Saturday for a 2022-23 Spanish La Liga match. Barca (3-1-0) sit two points behind league leader Real Madrid in La Liga’s table, and they have designs on a title after spending big this summer. Their big acquisition was star Polish striker Robert Lewandowski, and he has delivered. He had a hat trick on Wednesday as the Blaugrana dismantled Viktoria Plzen 5-1 in a UEFA Champions League match. Their La Liga season started with a shaky 0-0 draw with Rayo Vallecano, but Barca have dominated since then. They beat Sevilla 3-0 last Saturday. Cadiz narrowly avoided relegation last season and are at the very bottom of the table, having yet to score a goal this season. They come in off a 3-0 loss to Celta Vigo on Sept. 2.

Kickoff is set for 12:30 p.m ET at Estadio Nuevo Mirandilla in Cadiz, Spain. Barcelona are the -420 favorites (risk $420 to win $100) on the 90-minute money line in Caesars Sportsbook’s latest Cadiz vs. Barcelona odds. Cadiz are the +1200 underdogs, a regulation draw is priced at +500, and the over/under for total goals scored is 2.5. Before making any Barcelona vs. Cadiz picks or bets, be sure you see the Spanish La Liga predictions from proven soccer insider Martin Green.

After working in the sports betting industry for several years, Green became a professional sports writer and handicapper and has covered the game worldwide. Since then, his European soccer picks have been stunningly accurate. Green has generated almost $33,000 for $100 bettors since the 2017-18 season, and he is 17-13 over his past 30 soccer picks overall. He has his finger on the pulse of the game all over the globe.

Now, Green has taken a close look at the Barcelona vs. Cadiz matchup and locked in his coveted picks and predictions. You can head to SportsLine now to see see picks. Here are the betting lines and trends for Cadiz vs. Barcelona:

Why you should back Barcelona

Manager Xavi has a plethora of talent at his disposal if he chooses to rest some of his stars, but Lewandoswki will push to play. The 34-year-old had 76 goals over the past two seasons at Bayern Munich and already has eight in five matches in all competitions with Barca. Ferran Torres also scored Wednesday, and the 22-year-old could build up some confidence against a Cadiz defense that has yielded 10 goals. Barcelona averages almost seven shots on target per game, and Cadiz yields almost five, so the Blaugrana should be blitzing the host’s net all day.

Barca should have no trouble controlling the match, as they lead La Liga in possession (62.3%), while Cadiz has controlled the ball 40.8% of the time (third-worst). Rapinha has injected new life into the midfield, and fellow new signings Andrea Christensen and Jules Kounde have strengthened a defense that has yielded just one goal. Barca have allowed just 32 total shots, second-fewest in La Liga, and Marc-Andre ter Stegen has saved 12 of the 13 on net.

Why you should back Cadiz

Manager Sergio doesn’t have nearly the talent Barcelona have available, and that has been evident in their results. They managed to stay in the top flight by just one point last season and look to be on track for another relegation battle. Yet they have had stunning success against Barca, winning two and drawing two in their four meetings since Cadiz rejoined the top flight for the 2020-21 season. They held the Blaugrana to a scoreless draw in this fixture last season, then pulled off a 1-0 victory at Camp Nou in April. Lucas Perez scored the goal in that match.

The Pirates are overdue for a goal, and Alvaro Negredo and Athony Lozano, who shared the team lead with seven last season, both remain. Perez had three goals and two assists, and Sergio is seeking the right combination. The Blaugrana don’t allow a lot of shots, but 40.6 percent find the target, the fifth-worst mark in La Liga. Cadiz will be playing with nothing to lose on Saturday and will be hoping Barca is a bit shorthanded after their midweek match.

How to make Cadiz vs. Barcelona picks

Green has broken down the Barcelona vs. Cadiz match from every angle, and he is leaning Over on the goal total. He also provides his two confident best bets and has a full breakdown of the match. He’s only sharing those picks here.

So, who wins Cadiz vs. Barcelona in Saturday’s La Liga matchup? And where does all the betting value lie? Visit SportsLine now to see the best bets for the Barcelona vs. Cadiz match, all from the European soccer expert who has generated almost $33,000 for $100 bettors over the past four seasons.