Wu Yibing and Zhang Zhizhen were sitting in the US Open players’ dining room during a rain delay on Friday, one of the biggest days of both their careers. Wu, the 2017 US Open boys’ singles champion, had just qualified for the main draw for the season’s final major on his first attempt. Zhang was waiting to return to the court to attempt to do the same.

Yet instead of stressing the magnitude of the moment, the close friends had a phone on the table to stream an ATP Challenger Tour match between Shang Juncheng, a 17-year-old Chinese phenom, and Australian veteran Jordan Thompson. Shang would win the match and later advanced to the final of the tournament.

Wu, Zhang and Shang make up the future of men’s tennis in China. That future is looking bright.

When the rain delay ended, Zhang walked out to Court 7, confidently completed his victory to earn his place in the field and held his arms out in celebration. In the stands was Wu, who replicated the celebration.

“I am very happy that we both qualified because it’s quite tough,” Zhang said. “I know he had some injuries.” 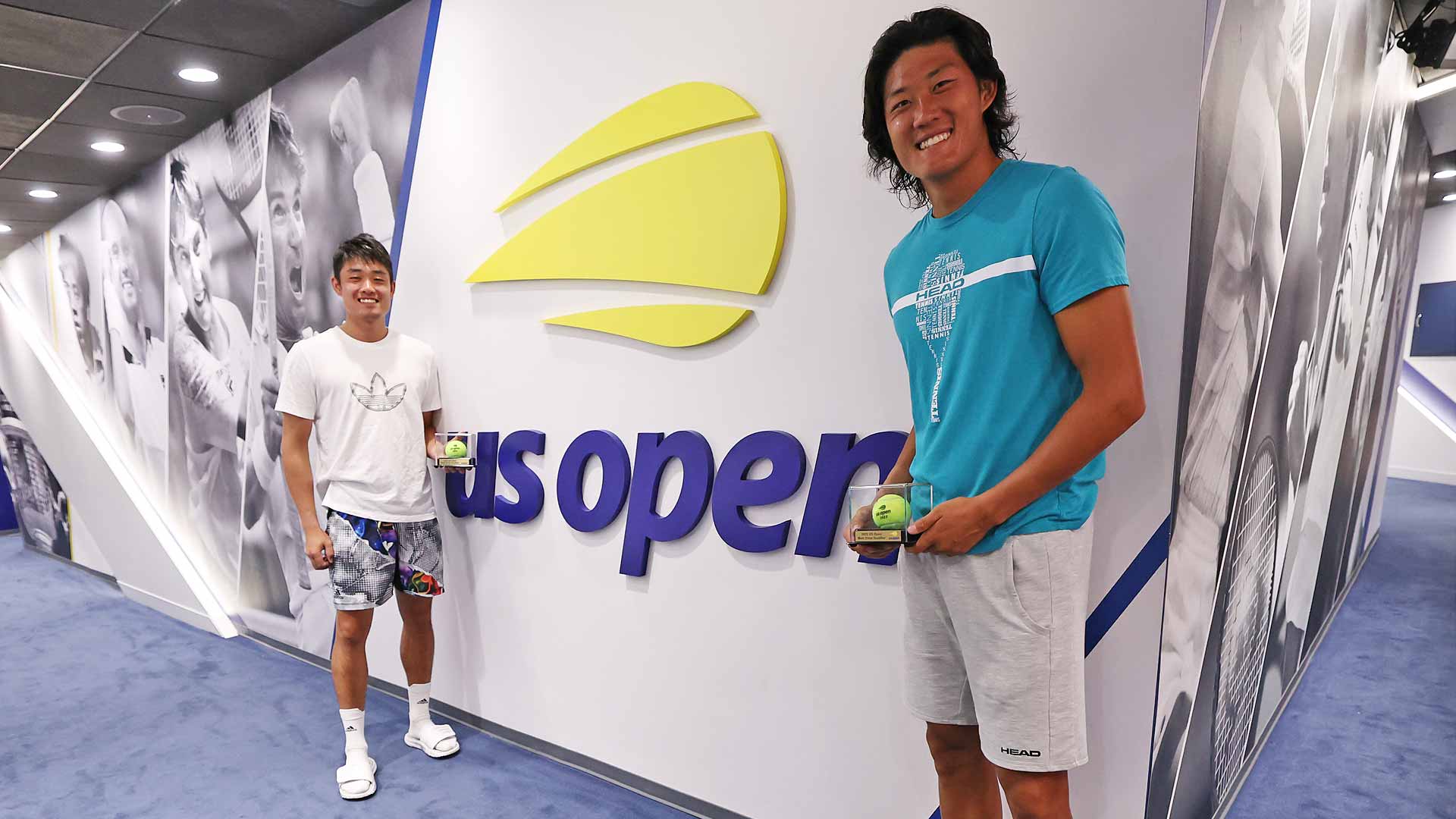 Wu, who was the world’s No. 1 junior, was invited to Monaco during the 2017 offseason to train with some of the world’s best players. But he did not immediately make his mark on the ATP Tour. The Chinese star reached what was then a career-high of No. 298 in April 2019.

However, he did not compete from March 2019 until January 2022 due to several injuries, including issues with his elbow, lower back, shoulder and wrist, with elbow surgery being the most serious of the bunch. Wu refused to use the injuries as an excuse, though.

“I don’t really like to talk about those injuries in too [much] detail because every player has injuries. I’m sure a lot of players play tournaments with some parts of the body hurting. I’m not the only one,” Wu said. “Also the mental strength that you have to go through the pain is part of the game.”

This year, however, Wu and Zhang have both showed what they are capable of. Wu has climbed from World No. 1,869 in March to No. 174, his career-high. Zhang, who became the top-ranked Chinese player in Pepperstone ATP Rankings history (World No. 136) in February 2020, is just one spot off that mark.

“I think we have a good competition between me and him and also we are very good friends. For me, I will cheer for him. We are both pushing Chinese men’s tennis levels and we’re still young. We have a lot of time to do it. I think we’re going to get to the Top 100,” Wu said. “[It will] not [be] easy, but I think it should be done, even a long time ago.

“I love how [Zhang] plays. He’s a big server and he’s aggressive on the court. He loves to put pressure on opponents. I love how he plays. We’re good friends, we cheer for each other. I think we can make some history right here.”

The pair already has. On Monday, they will become the first Chinese men in the Open Era to compete in the main draw of the US Open.

“For him it’s easy because he won the juniors here. [For] five years he didn’t lose a match at the US Open!” Zhang said, cracking a laugh. “For me, I was surprised I passed the qualies because it’s my first time here of course. I was playing quite good on clay courts after grass. I didn’t expect that I can pass here.”

Wu knows what it takes to make a deep run at Flushing Meadows. But he is not looking too far ahead. Instead, he is focussed on taking in the moment. After missing nearly three years, he knows to appreciate the opportunity.

“I just want to enjoy the event, enjoy playing tennis,” Wu said. “I think that’s my biggest change between me now and a few years ago. I enjoy tennis more and I really love to play in front of people. Just to be happy.”