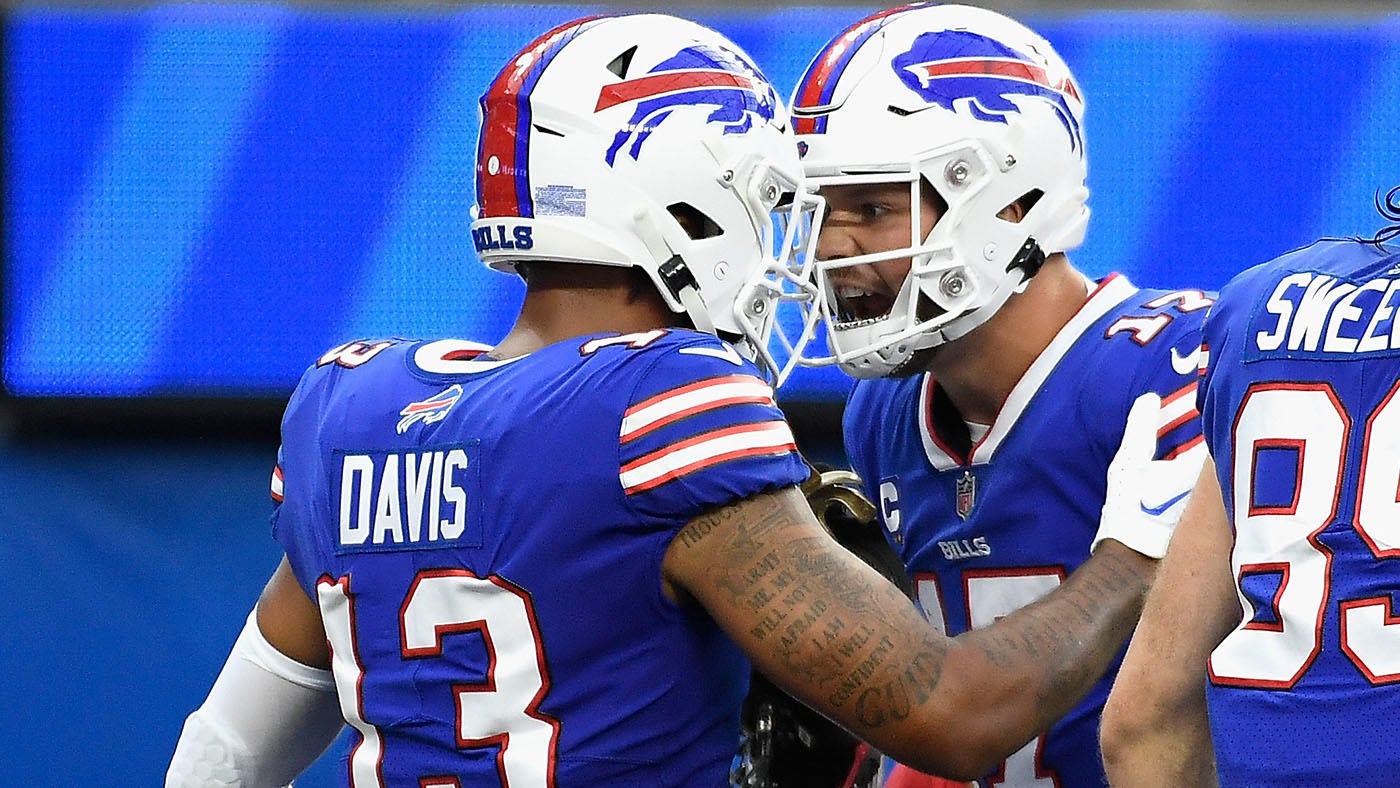 Let’s get right to it.

Good morning to everyone but especially to…

The Super Bowl-favorite Bills rumbled into Los Angeles and dominated the Super Bowl-champion Rams, 31-10, to make a statement on opening night.

While the final score wasn’t remotely close, this was far from a breeze for Buffalo. After scoring a touchdown on their first drive, the Bills turned the ball over on three of their next four possessions: an Allen interception that Isaiah McKenzie should have caught, a James Cook fumble on his first career touch, a field goal and then another Allen interception — to go into the half tied 10-10.

After running just one time for 7 yards in the first half, Allen ran nine times for 49 yards and the aforementioned score in the second. He hit two huge deep passes after mostly throwing shorter stuff in the first half, and yet he still managed to complete 26 of his 31 passes on the night for an 84 percent completion rate, a franchise record (min. 20 passes). There’s simply nothing he couldn’t — or didn’t — do last night.

On the other side, Miller proved worth every cent of the giant contract he signed this offseason, living in the backfield of his former team. Five different Bills had a sack. Between Miller and recent early picks Gregory Rousseau, Boogie Basham and A.J. Epenesa, the Bills have invested a ton in their pass rush. So far, so good.

And not such a good morning for…

Many of the biggest stars — Matthew Stafford, Cooper Kupp, Aaron Donald and Jalen Ramsey — are back for the Rams, but make no mistake: This is not the same team that won the Super Bowl seven months ago. At least not yet.

The result? The second-largest season-opening loss by a defending Super Bowl champion ever. Not great. It’s also the first time McVay, at 0-1, has ever been under .500 during a season.

There has been exactly one game this NFL season to react to, so the natural tendency is to overreact. It’s all we have. The Rams will be fine. Robinson will build chemistry with Stafford, the line will jell and the defense will improve.

The Rams are too well-coached and have too much talent for those things not to happen. But Thursday night was very much the rudest of awakenings.

Not so honorable mention

Welcome to the WNBA Finals, Connecticut Sun! Fueled by a shocking late-game run, the Sun closed out the Sky with a 72-63 Game 5 win.

It’s Connecticut’s fourth Finals trip, but the franchise is still seeking its first title. In order to claim that title, they’ll have to beat the Aces, who won two of the three meetings during the regular season.

Queen Elizabeth II, the longest-reigning monarch in British history, died at 96 years old Thursday after 70 years on the throne. Her death sent shockwaves around the globe, and the sports world was no exception.

Fantasy football Friday: Who to start, who to sit and more 🤔

Lucky for you, our fantasy gurus are here to help you make your decisions. We’ll start with Dave Richard’s all-encompassing  Starts, Sits, Sleepers and Busts for every game. One of Dave’s top sleepers is…

I love this take: In two starts last year, Lance totaled 120 rushing yards on 24 attempts, and he’s facing a Bears team that’s expected to struggle. For what it’s worth, fantasy expert Jamey Eisenberg named Lance his Start of the Week in his excellent Start ‘Em &amp; Sit ‘Em column, too.

Here are position-by-position previews for Week 1 as well:

Who will win the NL East? ⚾

The NL East went from snoozer to thriller in seemingly the blink of an eye, and we’re now set up for one heck of a finish as the Mets and Braves vie for the division crown. The Mets led the division by 10 1/2 games at the start of June, but that lead is now just 1/2 game as Atlanta is an MLB-best 63-24 since June 1.

The Mets haven’t been too shabby themselves at 53-34 over that span, sixth in MLB. Our experts picked their NL East champion in their latest Batting Around roundtable, and here’s Matt Snyder’s take:

What we’re watching this weekend 📺