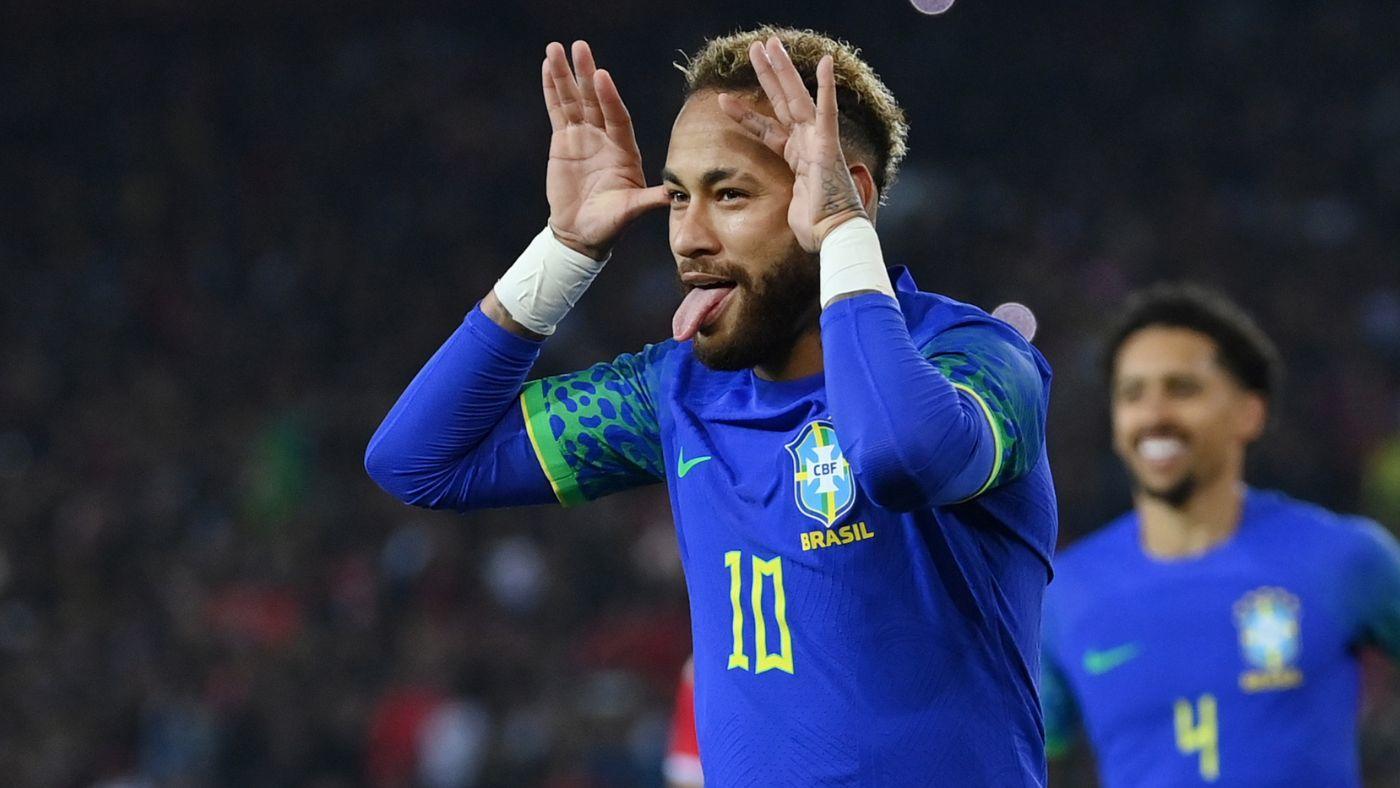 PARIS — Brazil and talisman Neymar appear ready for the FIFA World Cup in Qatar later this year after a 5-1 demolition of Tunisia at Parc des Princes on Tuesday. The Parisian crowd heavily favored the Eagles of Carthage, but it was the Selecao Brasileira who demonstrated their potential title credentials.

Barcelona’s Raphinha score twice as Tite’s men ran riot in the first half in the French capital while Richarlison added to his brace against Ghana with another goal and assist. Neymar was able to score in Brazilian colors at Paris Saint-Germain’s spiritual home from the penalty spot while Montassar Talbi provided consolation for the Tunisian contingent.

The action was largely limited to the first half where Dylan Bronn was dismissed with a red card before things turned ugly as Richarlison became the victim of a thrown banana from a Tunisia-heavy crowd which was also ordered to stop targeting Brazilian players with lasers. However, the default “home” side did have an effort chalked off in the second half which would have cut the deficit before substitute Pedro got in on the act towards the end.

The Brazilian Football Association issued a communique regarding the Richarlison incident in which they were “vehemently repudiating yet another episode of racism in football.”

“The fight against racism is not a cause,” said Brazilian FA president Ednaldo Rodrigues. “But a fundamental change to wipe this type of crime from the planet. I insist on saying that the punishments need to be more severe.”

On the field, however, based on the evidence provided by their 3-0 win over Ghana and this 5-1 romp in Paris, Brazil are ready for this World Cup. The five-time champions might be 20 years without success, but they seem primed to go far, starting from Group G alongside Serbia, Switzerland, and Cameroon.

Ahead of that anticipated opener against the Serbs at Lusail Iconic Stadium in Lusail, several of Tite’s key men are in hot form. Neymar is the ringleader, but he is aided by the likes of Raphinha, Richarlison, Marquinhos and Casemiro who all contributed against Ghana and then Tunisia and the PSG man’s readiness is no surprise.

The 30-year-old reported early for preseason training with Les Parisiens and has looked focused and motivated from the off this campaign. The feeling is that the combination of a fresh start under Christophe Galtier and Luis Campos combined with this being a World Cup year has helped Neymar to roll back the years to the sort of consistent form PSG fans have been dreaming of since his 2017 arrival.

That is not to say that this is a one-man team, but the fact that he is the focal point of such strong camaraderie is telling about his importance to this current crop. With the World Cup and Copa America successes missing from his collection but time left for the latter, there might not be a better chance on the global stage.

As for Tunisia, they had their moments and Jalel Kadri clearly has some talented players in his group, but they were ultimately outclassed by a much better team. They might be a handful for the likes of France, Denmark, and Australia, but that is probably as good as it will get in Qatar this winter.

Have we just seen the new champions? Time will tell, but Brazil look as good a bet as any from outside of Europe heading into this winter.