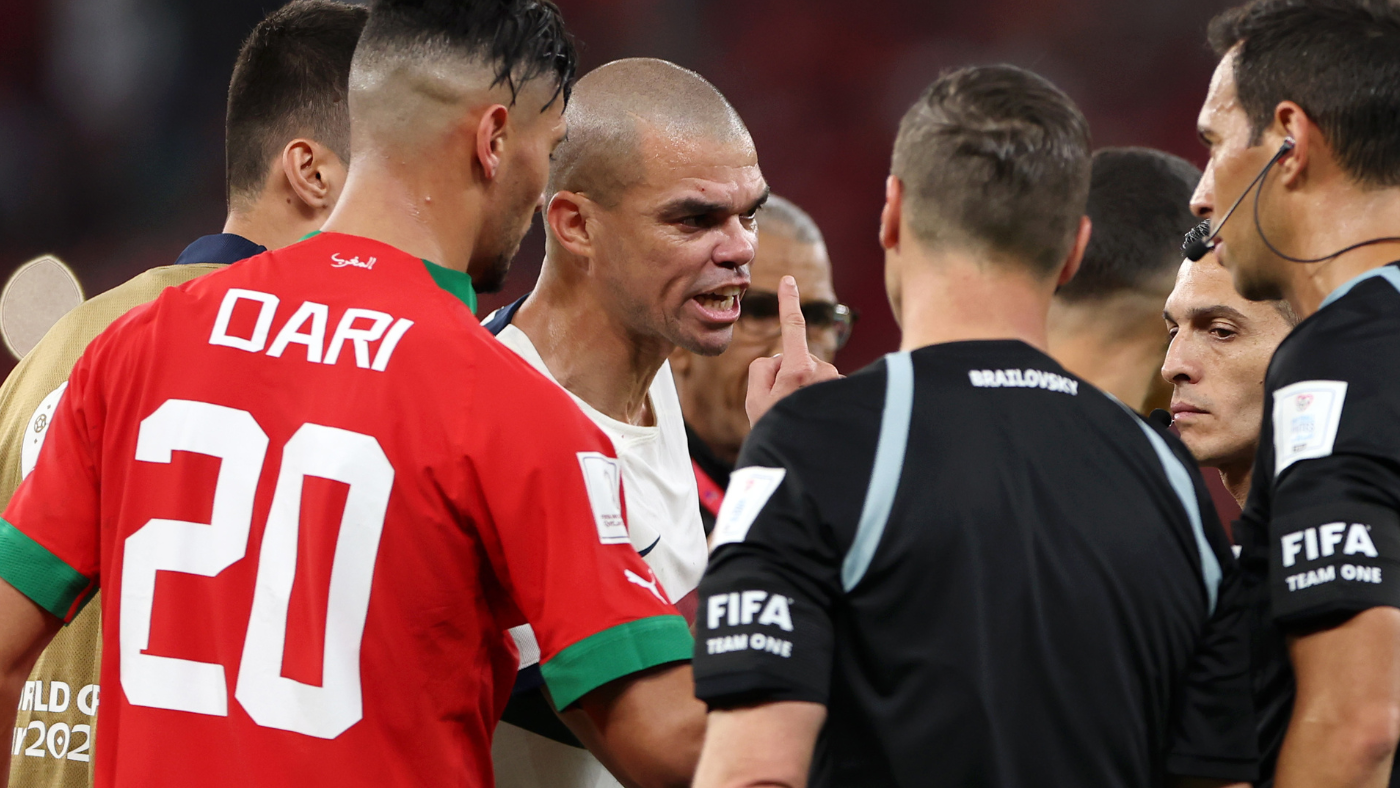 Morocco defeated Portugal 1-0 in the 2022 FIFA World Cup quarterfinal on Saturday. Morocco is the first African nation to ever advance to the World Cup semifinal, and Youssef En-Nesyri provided the game-winning goal. The closely contested match saw tempers flare and mounting frustrations come to a boiling point in post-game comments from Portuguese players.

Pepe, Portugal’s 39-year-old centerback, immediately took the official to task in post-game comments. The defender placed the blame on the Argentine referee Facundo Tello and prior complaints by Lionel Messi.

“We conceded a goal that we weren’t expecting but I have to say this is bigger than me and I’m going to have to say it. … It’s unacceptable for an Argentine referee to referee our game. After what happened yesterday, with Messi talking, all of Argentina talking and the referee comes here to blow the whistle.

“It is unacceptable that an Argentine referee is responsible for the match, after what I saw today, they can give Argentina the title right now.”

Portugal’s World Cup is now over, but Pepe was not the only player to criticize officiating during their exit. His teammate Bruno Fernandes echoed the sentiments and referenced that there are no Portuguese officials while implying that Argentina is the tournament favorite.

“I don’t know if they’re going to give the trophy to Argentina,” said Fernandes. “I don’t care, I’m going to say what I think and screw them. It’s very weird that a ref officiates us from a country still in the competition. Clearly, they’ve tilted the field against us.”

The Manchester United player was active in the game but was unable to break through on goal for Portugal. Fernandes argued for a foul in the box as the first half concluded, but no penalty was given by the officiating crew. Portugal outshot Morocco 12 to 9 but was level with the North African side in total attempts on target with three during the quarterfinal.

Pepe and Bruno’s preoccupation with Argentina stems from a match the day before when Messi’s side eliminated the Netherlands in quarterfinal action on Friday to advance to face Croatia in the semifinal. The quarterfinal between the two sides was a chippy affair that led to penalties. And while Argentina is one step closer to making an appearance in the World Cup final, Messi also made postgame comments about referee Mateu Lahoz.

“This match shouldn’t have ended as it did. I don’t want to talk about the referee because they sanction you. But people saw what happened.

“We were afraid before the match because we knew how he was and I think FIFA has to review this. You can’t put a referee like him for these matches,” said Messi.