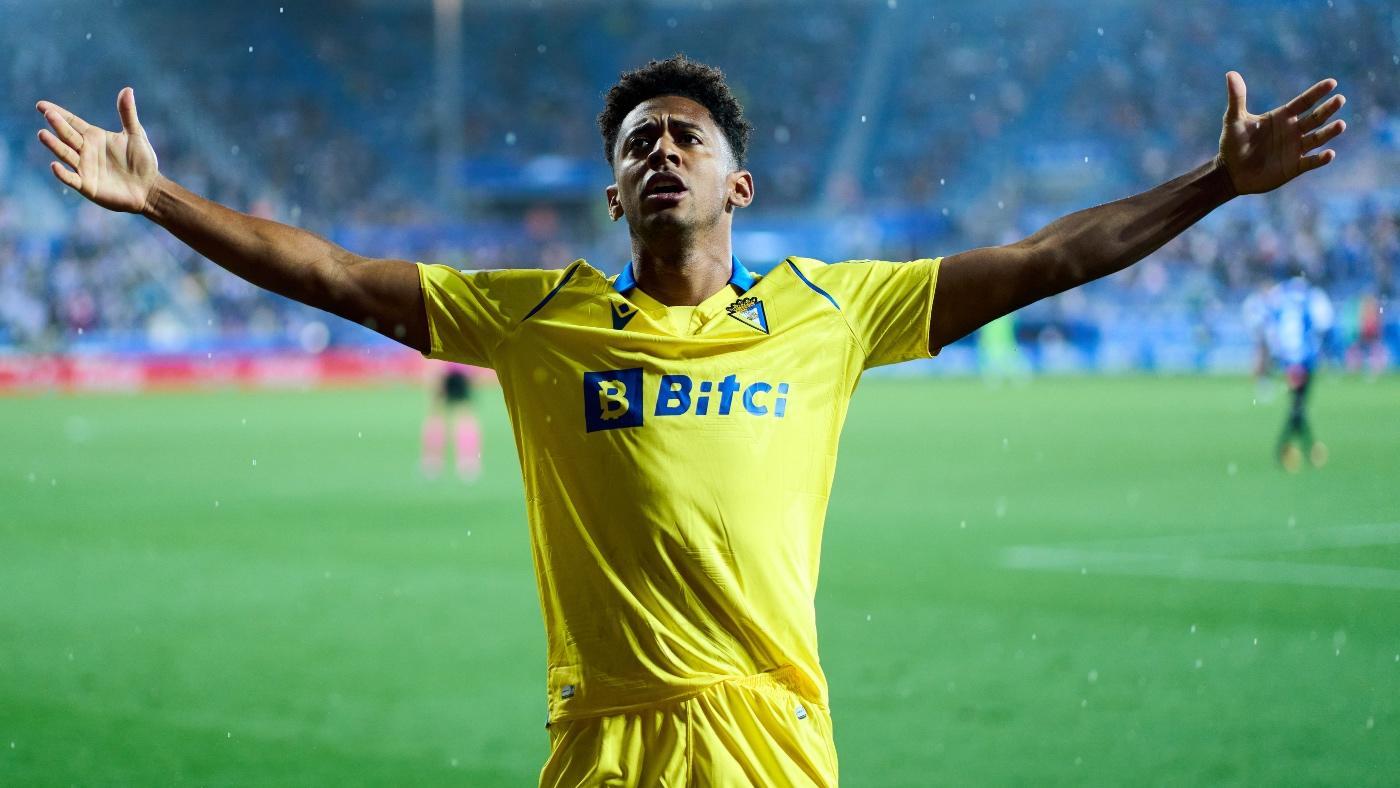 Cadiz will have their sights set on their first victory of the 2022-23 La Liga season when they visit Celta Vigo on Friday. In addition to losing their first three matches, Cadiz have yet to score a goal this campaign after finishing with the third-fewest number of tallies (35) in 2021-22. Celta Vigo (1-1-1) are coming off their first win of the season, a 1-0 triumph over Girona last Friday. Cadiz posted a 2-1 victory at Celta Vigo last campaign after being shut out in their previous four  visits across all competitions.

Kickoff at Balaidos is set for 3 p.m. ET. The Sky Blues are -145 favorites (risk $145 to win $100) in the latest Celta Vigo vs. Cadiz odds from Caesars Sportsbook, while the Pirates are +470 underdogs. A 90-minute draw is priced at +250 and the over/under for total goals scored is 2.5. Before locking in any Cadiz vs. Celta Vigo picks, you need to see what proven soccer insider Jon Eimer has to say.

Eimer is a high-volume bettor who has vast knowledge of leagues and players across the globe. Since joining SportsLine, Eimer has covered the English Premier League, Serie A, the FA Cup and much more. He is 26-17-1 on his Premier League picks for SportsLine in 2022, for a profit of more than $800 for $100 bettors, and 66-50-1 on his last 117 soccer picks overall.

Now, Eimer has taken a close look at the Celta Vigo vs. Cadiz matchup and locked in his coveted picks and predictions. You can head to SportsLine now to see Eimer’s picks. Here are the betting lines and trends for Cadiz vs. Celta Vigo:

Why you should back Celta Vigo

After giving up six goals over their first two matches of the season, the Sky Blues bounced back with a strong defensive performance against Girona. They’ve also been quite stingy versus Cadiz of late, allowing a total of two tallies in their previous seven meetings across all competitions — both in a last season’s home loss. Celta Vigo posted five straight clean sheets against Cadiz prior to that setback.

Offensively, the Sky Blues are led by Iago Aspas, who has tallied in each of the team’s first three matches this season. The 35-year-old striker led Celta Vigo with 18 goals in 2021-22 and has recorded at least 13 in each of the last seven campaigns. Dating back to last season, Aspas has converted in seven of his last 10 La Liga contests.

Why you should back Cadiz

The Pirates offensive struggles have carried over from last season, but they’re hoping their solid play on the road does the same despite having lost their first away game of this campaign. Cadiz registered five of their eight victories in 2021-22 in enemy territory and notched 21 of their 39 points in 19 road contests. The club also has been strong defensively in its last three meetings with Celta Vigo, posting a pair of clean sheets and yielding one goal in the other matchup.

Cadiz’s offense was led by Anthony Lozano and Alvaro Negredo last season, as both forwards scored seven goals. The 29-year-old Lozano, who hails from Honduras, tallied in two of his final four contests and also converted in the road win against the Sky Blues. The Pirates’ other goal in that triumph came from 30-year-old Uruguayan defender Alfonso Espino, who finished 2021-22 with two tallies and a pair of assists.

How to make Celta Vigo vs. Cadiz picks

Eimer has analyzed the Cadiz vs. Celta Vigo matchup from all sides and has revealed three confident best bets and a full breakdown of the match. He’s only sharing his Celta Vigo vs. Cadiz predictions and analysis at SportsLine.

So who wins Cadiz vs. Celta Vigo on Friday? And where does all the betting value lie? Visit SportsLine now to see the best bets for Celta Vigo vs. Cadiz, all from the soccer expert who has crushed his recent soccer picks for SportsLine, and find out.