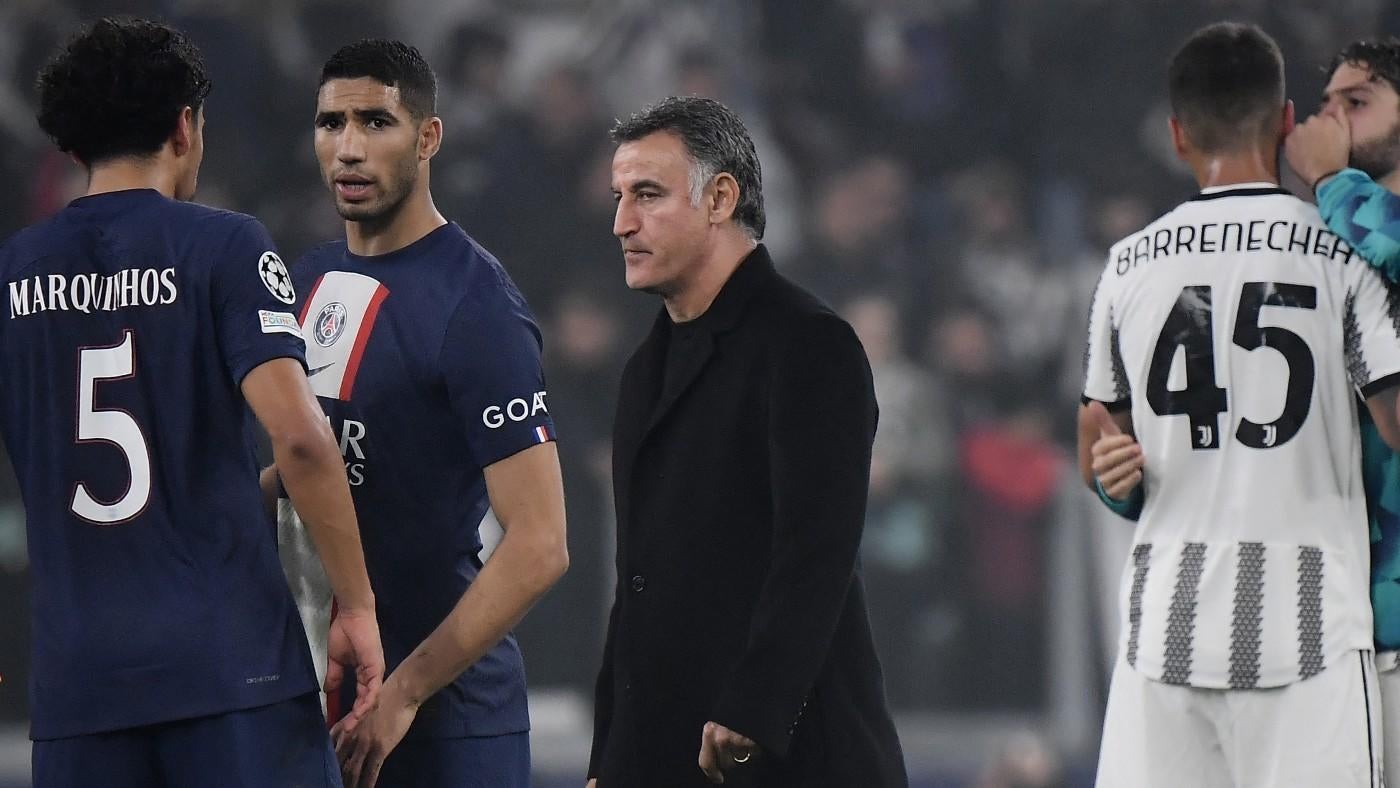 The Italy international appeared to ask his boss a question — presumably about top spot in Group H — and clearly did not expect the reply to be that SL Benfica pipped Les Parisiens to first place. Donnarumma’s mix of surprise, disappointment, disbelief, and incredulity was shared by us all, though, as Benfica’s 6-1 win away at Maccabi Haifa brough an obscure rule into play.

Roger Schmidt’s men edged PSG for top spot through the away goals scored tiebreaker and needed right up until the end of time added on to clinch it. The disappointment will not match that felt by Olympique de Marseille players after their dramatic midweek exit from European soccer, but it was crushing in a different way.

To be clear, points and goals were not enough to separate the two after both finished on 14 points. Drawing 1-1 twice during the group ruled out head-to-head while overall goal difference (+9) and goals scored (16) were both level with seven conceded — Benfica’s nine away goals scored gave them a three goals per game average to PSG’s two (six in total across three matches).

“We had to consider everything,” Galtier told Canal+ seconds after the final whistle at Juventus Stadium. “We knew about this possibility which might have already happened just a few times. Firstly, though, we must congratulate Benfica for out-scoring us on the road. Our group stage was good with 14 points, and we scored many goals. This is how it goes in the Champions League, though. No wonder we call this competition irrational. We even beat Juventus home and away — a first for a French club here.”

“We will take second place, of course,” said Kylian Mbappe after his man-of-the-match showing and goal-of-the-week winner helped PSG to another win. “Sure, we would have liked to have finished top and we did the job to achieve that. This is part of soccer. We are still qualified, and we will continue to advance even if there is a long time until then and many things can happen.”

It is true that this feels like a particularly unique feat only capable of box office Champions League drama which PSG deliver more than their fair share of. However, it was equally hugely improbable given that both games were tied 1-1 at half-time and remained even up until the final 30 minutes.

“Up until the 90th minute, we were top,” added Galtier in his press conference later in Turin. “Only to find ourselves second. Congratulations to Benfica — we are the only two European sides unbeaten now. We will await the draw, but my players went about their job seriously here. This was a bit irrational. We won 7-2 last week and stopped at 90 minutes with no stoppages. If we concede one less goal last week, we finish first. In any case, if you want to go far, you must beat the best. I think that we will draw a big club.”

After Marseille crashed out in dramatic fashion in a 2-1 loss at home to Tottenham Hotspur, much was made of the fact that many of the players on the pitch were in the dark about Eintracht Frankfurt’s win away at Sporting CP as they played out the ill-fated final minutes at Stade Velodrome. PSG captain Marquinhos admitted that he and his teammates were unaware too which only added to the surprise element for viewers seeing the game play out with Les Parisiens confident of finishing top.

“No, we were not aware,” said the Brazil international in the mixed zone. “We were looking after our own performance. We knew that we needed to win. We also knew that Benfica was 1-1 at halftime and scored soon after the second half started. We did not know how the game ended, though at 5-1 and then 6-1. By the time we found out, it was too late to get the extra goal we needed.”

Successful five-goal swings are extremely rare in soccer so PSG can consider themselves unlucky to have been on the receiving end of this one. However, credit must also go to Benfica for making such a convincing victory happen just one week on from seeing the French champions utterly devastate Maccabi Haifa at Parc des Princes. Joshua Cohen has come in for criticism on some of the late concessions, but the Portuguese outfit have been irresistible across all competitions and deserve their unbeaten record along with PSG.

We will see come Monday exactly what the impact of dropping to second place is for the Ligue 1 leaders and whether it sets up a titanic clash or makes life difficult for Benfica’s rivals FC Porto who are now viewed as the most favorable draw opponent along with OM’s conquerors Spurs. PSG being on the opposite side of the draw to Bayern Munich, Chelsea, Real Madrid, Manchester City and even this in-form SSC Napoli side raises the strong probability of another tough round of 16 draw after eventual winners Real last year.

According to Paris-based maths expert Julien Guyon, Bayern Munich are now PSG’s most likely opponents with a 19.46% chance while Porto are least likely on 10.79%. With a FIFA World Cup sandwiched between the end of this group stage and the start of the knockout round, as Mbappe said on Wednesday, so many things can — and will — change.