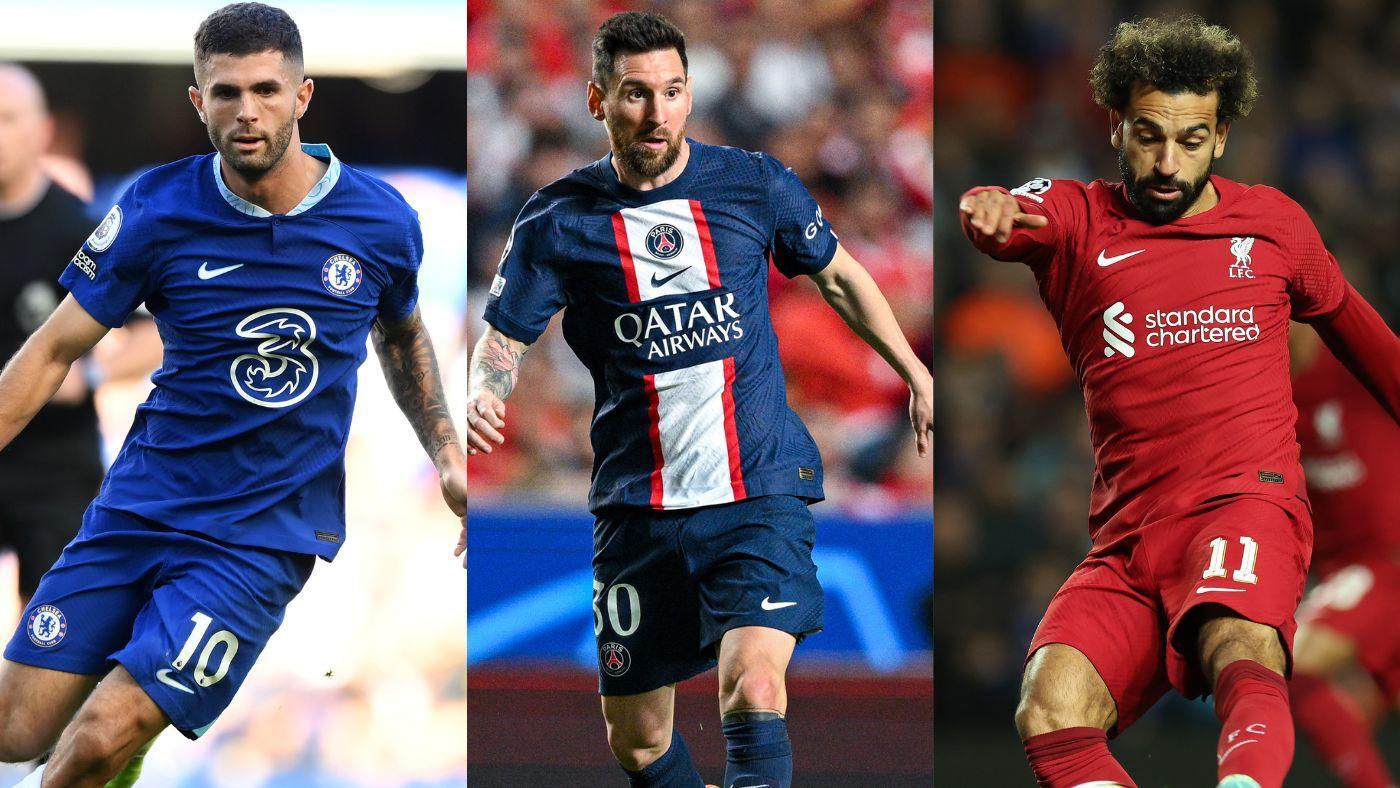 The 2022-23 Champions League season on Paramount+ is underway and it runs through the final on Saturday, June 10 from Istanbul. There are 32 teams battling it out in the group stage, but only 16 advance to the knockout stages, which begin in February. Real Madrid, 14-time winners, are the reigning champions and one of the favorites to win it again. You can catch all the action live on Paramount+ all season long.

Paramount+ is the only place to watch every minute of every UCL match this season in addition to Serie A, NWSL, Europa League and more. Sign up now with code UEFA 22 for one month free for new users and don’t miss any of the action. A subscription not only gives you access to all the soccer you could want but also the NFL on CBS, and countless movies, shows and original content.

1.  It’s do-or-die time for Barca
The pressure on mighty Barcelona. After getting just one point from two games against Inter Milan, they find themselves in serious trouble. In fact, if Inter beat Viktoria Plzen on Wednesday in the early game, Xavi’s men will be out. They need Inter to drop points and to show up themselves and get something from mighty Bayern Munich. Even a draw against Bayern probably won’t be enough to stay in contention.

2. Juve’s UCL lives are on the line
Another giant of Europe who look on their way out, Juve have stumbled so many times this season. The last example was that loss at Maccabi Haifa on Matchday 4. That, combined with Benfica’s form, means Juve have to beat Benfica to have any chance. A draw will see them be eliminated. In fact, Just have to win out to have any chance. Considering they are 1-0-3 in the group stage, and still have to face PSG a second time, its not looking promising.

3. Fancy a trip to Brooklyn?
The Champions League Today crew is heading to the United States for two days of fun during Matchday 5 and you are invited to watch the best of the best in soccer on the big screen. “Destination Brooklyn” is the event to check out all of the best UCL games Paramount+ has to offer in an exclusive viewing party with a picturesque backdrop of New York City.

Catch all the action on multiple screens and see your favorite CBS Sports on-air soccer talent including Kate Abdo, Micah Richards, Thierry Henry, Jamie Carragher and Peter Schmeichel in a live on-site studio show. Gates to the event open at 11:30 a.m. ET ahead of UEFA Champions League Today Pre-Match Show on Paramount+ at 12:30 p.m. ET. Registration does not guarantee entry, so please arrive early. Once the fan park is full, entrance will be on a one-in, one-out basis.