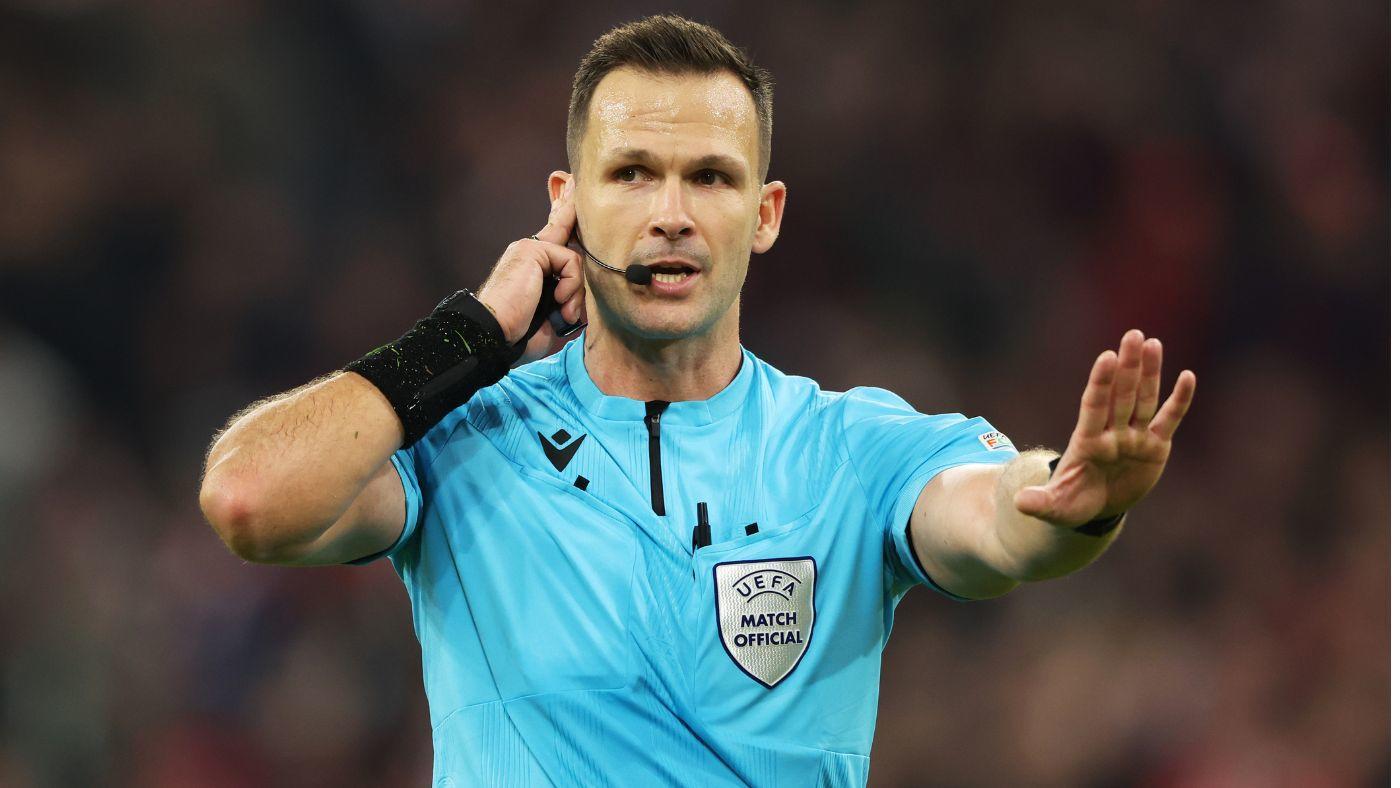 UEFA Champions League Matchday 6 came with little controversy for the referee teams as they completed UCL duty and the elite of the UEFA referees turned their direction to FIFA World Cup. But there was one key decision that didn’t impact qualifications but continues to confuse the masses, and understandably so.

What even is a handball?

In the eighth minute of Bayern’s match against Inter Milan, a shot on goal was taken with Bayern’s Sadio Mane standing about 10 feet in front of the shot. His arms went up and in front of his chest, and he punched the ball away. No handling call was made on the field, and the VAR recommended a penalty for handling to the referee and a yellow card for a shot on goal. Surprisingly to commentators, pundits and referees, the referee took quite a long time the monitor and ultimately did not accept the recommendation – no penalty was his final decision after reviewing the evidence.

In a period of law where the application of the handling offense is confusing football experts and getting more difficult to explain to football viewers and even younger referees, this is another layer of confusion.

The arguments for handling are outside the body and hand to the ball as Mane’s arm makes a sweeping motion, and in comparison to other handling offenses required to be punished – this one isn’t as harsh. The argument for no handling is it was a justifiable and natural reaction to protect one’s face as a “reflex action.” In support of the “reflex action” defense, this crowd points to a February 2022 IFAB Q&A that defends their position.

However you want to argue it, referees must be consistent, and their consistency comes from directions by FIFA, who “interpret” IFAB’s Laws of the Game and “advise” referees on how to implement them. If collectively officials do not consistently apply the law, it leaves the rest of the football world justifiably confused.

Right now, how referees are being directed is that time and distance from the play to when the ball hits the arm/hand are not as dispositive as they used to be in the recent past. Instead, the focus has been squarely put on whether the handling has “impacted” the play that has taken an advantage away from the attacker or team in possession.

You do not see the words “impact” in the laws, but instead “unnatural,” “justifiable,” and “consequence,” but when it moves to referee training and application to fill in the grey area of what those words mean, that is where “impact,” “silhouette,” “outside the body,” “barrier” are used to guide referees to the consistent application regardless of whether that referee specifically thinks it’s justifiable or not.

I hate to say it, but at this moment, the handling offense in how we are being asked to apply it is becoming unrecognizable. Does the law itself need to be tweaked – no. The law is general and broad to allow for interpretation, what needs tweaking is the considerations of how referees are being directed and expected to apply it.

Two considerations that need to be included back into the analysis to resolve the “natural” vs. “unnatural” arguments and “justifiable” is time and distance. Without those two critical considerations, the application of the handling law has taken an imbalanced tip against defenders resulting in penalties no one feels comfortable with.

But to be clear, the final decision in the Mane handling should have been a penalty and yellow card for a shot on goal. It always has been and always will be because of his arm moving up and swinging toward the ball. A “reflex” to protect one’s face has never been applied in the professional realm and even the youth competitive levels. It is clear from IFAB’s Q&A in February that they should check in with FIFA because there is a split opinion. If the left hand doesn’t know what the right hand is doing, that’s an issue, (yes, pun intended).

The key difference is that FIFA will have more cameras to track the players – “limb tracking technology” – and the ball will have a sensor inside that helps to determine when the ball was first kicked as it tracks the velocity of the ball’s movement. Aside from those two items, SAOT should be used the same way in both competitions.

The key word is should, but the instruction of the system’s use is by two different governing bodies and individuals who sometimes have differing views of the game, so it will be important to pay attention to see if there are any noticeable differences.

One major noticeable issue in UEFA Champions League is the time it has taken to determine a player’s position in an offside analysis. The Liverpool vs. Napoli match from Tuesday is a good example of significant delays. In the 53rd minute Leo Skiri Ostigard’s goal was disqualified thanks to VAR’s recommendation for an offside position by a player who interfered with the play. The call focused on the attacker’s position, and the second-to-last defender’s position (significantly different than MD5 Harry Kane’s play where the focal point was the ball), and it took approximately two minutes for the recommendation to come.

SAOT was being praised as the solution for significant delays on tight offside decisions where the analysis was on an attacker’s position in reference to second to the last defender – claiming it would reduce the time from 2-3 minutes to 20-30 seconds. Moreover, the 3-D graphics were included to help explain and sell the decision to viewers and teams to remove the tight offside decisions.

If time is understood to be of utmost importance, SAOT in the Champions League has shown some significant delays even with the system and the fact that the 3-D graphic has to be created and doesn’t get presented to viewers until 2-5 minutes after the decision or maybe not at all because it was the end of the game (once again MD5 Kane’s offside). Hopefully there can be some major clean up on time that is resolved during the approximate three-month break for Champions League. Let’s see if the World Cup does it better.