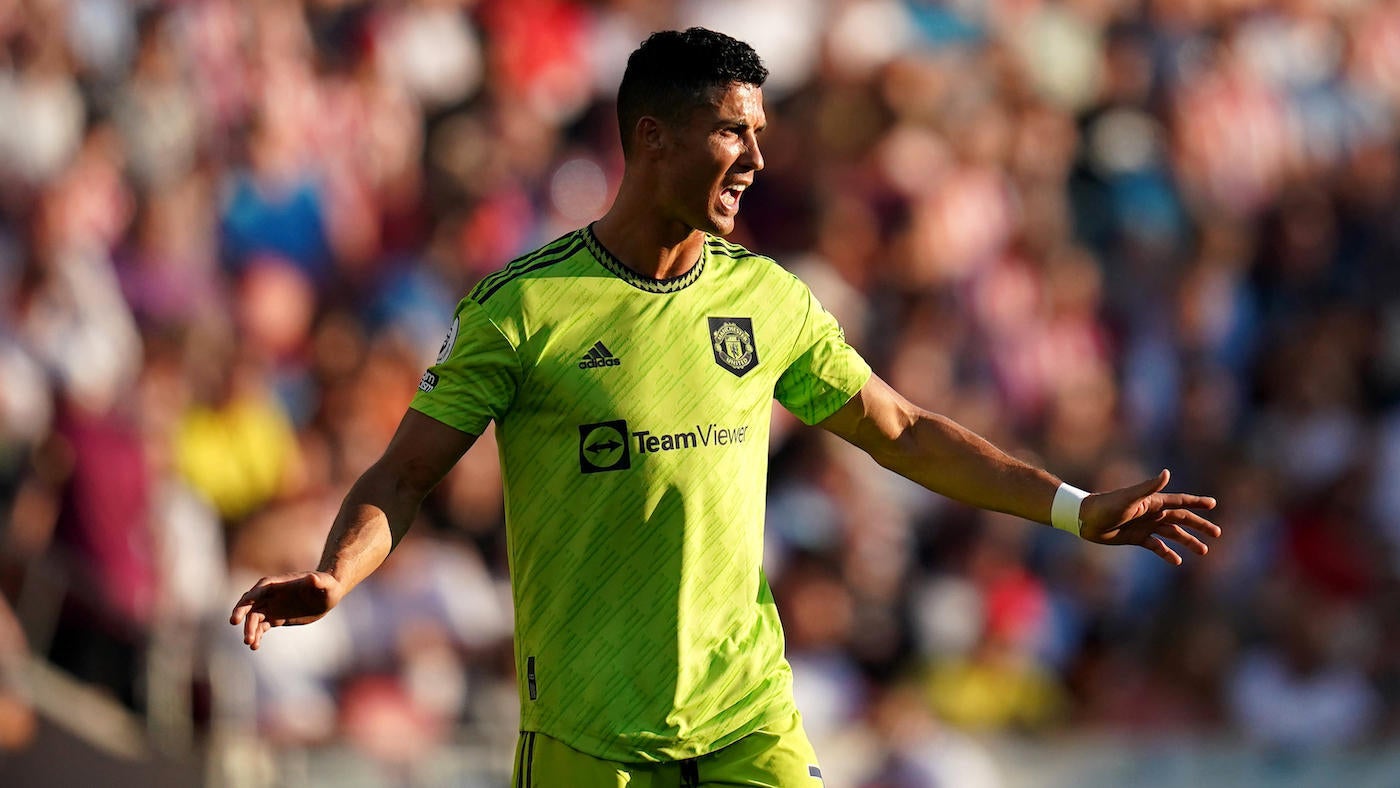 Cristiano Ronaldo’s last chance of a Manchester United exit is via a transfer to Borussia Dortmund. His agent Jorge Mendes is actively working on a move.

Ronaldo is still intent on leaving Old Trafford this summer in order to play Champions League football. Although Manchester United continue to state the 37-year-old is not for sale, that stance is yet to be tested by a concrete offer. But sources at Old Trafford tell CBS Sports there is a growing feeling, at least within the football department, that allowing Ronaldo to leave is the best approach.

Joel Glazer is the most vocal roadblock to an exit since he’d ideally like to keep Ronaldo and has repeatedly emphasized his commercial worth during internal discussions. But new manager Erik ten Hag would now prefer to let him go should an acceptable offer arrive.

Ten Hag felt blindsided by Ronaldo’s absence from much of preseason and there is still tension between the pair. Ronaldo is not fully convinced by ten Hag’s tactics or the manner in which he runs training sessions.

Ronaldo is open to a Dortmund move. Not only is Champions League football of appeal, but it gives him the opportunity to challenge for the Bundesliga and in doing so become the first player to win a domestic league title in England, Spain, Italy and Germany.

Dortmund are still holding internal talks as to whether to make a late proposal to Manchester United with Mendes encouraging them to do so. Both a permanent deal and a loan are being considered. Even with the recent arrival of Anthony Modeste from Cologne, Dortmund would like to add another forward after new signing Sebastien Haller was diagnosed with a testicular tumor and will miss several months.

Manchester United are also interested in Dortmund right-back Thomas Meunier but he is not being factored in as part of any conversation surrounding Ronaldo.

Sources close to Ronaldo say Dortmund is now viewed as Ronaldo’s “last option” with Mendes desperate to at least get him an offer before Sept. 1.

Even if a financially viable move, such as a free transfer, become possible in the next fortnight, sources tell CBS Sports that manager Ruben Amorim is firmly against the move.

Amorim, like Ronaldo, is 37. The pair played together for Portugal between 2010-14. The pair have an amicable personal relationship, but Sporting’s boss has made it clear Ronaldo wouldn’t be a fit.

Amorim’s style of play is very team orientated and he is not prepared to alter that to play through Ronaldo as a main focal point. Sporting have already seen a recent player-manager clash with Islam Slimani, who returned to the club on a big salary in January. Amorim demoted the Algerian forward to the reserves after just a few months to make a statement, underlying he his lack of tolerance to players who think they are bigger than the team.

Atletico Madrid have also ended their interest in Ronaldo. Club sources always called a move “problematic” with club president Enrique Cerezo even going so far as to dismiss links as simply rumor.

“I don’t know who invented that story,” he told Spanish outlet AS. “Rumors are rumors and they must stay where they are, because if they continue to increase, it will seem that they are real, and they are not. It’s practically impossible for him to come to Atletico de Madrid.”

Atleti boss Diego Simeone was open to signing him and Ronaldo was very keen to join despite his links with Real Madrid. But Atleti’s finances made a move impossible without significant outgoings and fan backlash means they have now told Mendes a deal is definitely off.

“I consider him one of greatest footballers ever,” said Kahn, who won the 2000-01 Champions League with Bayern. “Then we came to conclusion that, despite an appreciation for Cristiano, he would not fit into our philosophy.”

Chelsea are also out of the race for Ronaldo and increasingly confident of signing Barcelona’s Pierre-Emerick Aubameyang in a deal worth over $25 million. American chairman Todd Boehly was certainly intrigued by bringing Ronaldo to Stamford Bridge but Thomas Tuchel vetoed the idea. The Chelsea manager is not expected to change his mind.

Mendes even approached Barcelona earlier in the transfer window with their president Joan Laporta emphasizing Robert Lewandowski (who has now been signed) was always their aim.

And both Inter Milan and AC Milan spoke to Mendes, more out of courtesy, but neither had the desire or financials to make a transfer a reality.

Ronaldo is prepared to take at least a 30% pay cut to aid a Manchester United exit and may even consider an even bigger decrease for Dortmund. He would also accept a multiyear contract with a salary drop in the second year.

Ronaldo remains frustrated at Manchester United and is thus willing to do everything in his power to help a suitor facilitate a transfer.

Sources say he is disappointed with the ambition shown in the transfer market and has yet to warm to ten Hag’s tactics or management style.

In particular, Ronaldo (along with several other teammates) felt ten Hag shouldn’t have called out players for leaving early during their preseason friendly against Rayo Vallecano.

Ronaldo argues it was pre-agreed those not involved in the second-half could get away to avoid the traffic, although ten Hag is adamant permission was not given by him and had hoped to speak to the entire squad at full-time.

Ronaldo also feels the players are being punished for their poor start to the season using harsh school teacher-like tactics. One source described his style as “just like reacting to naughty kids who have misbehaved.”

At 37, Ronaldo has been made to run “punishment” laps in training. Several players feel this approach is needless and damaging for morale. There is a real feeling amongst the squad that the style ten Hag managed a young Ajax squad with just isn’t translating well at Manchester United so far. Training has at times resembled a boot camp.

Ronaldo is still trying to remain professional, with firm denials from his camp that he’s eating lunch alone or causing dressing-room factions. He is conscious there is a high probability he doesn’t get a move away before the window shuts. And, in a World Cup year, he knows if he stays he must focus on football and finding peak goal-scoring form between now and January.

In this context, there is no chance of him buying himself out to free agency (seen as too risky with the World Cup looming), nor will Manchester United make a statement and terminate his contract. The club don’t hold that kind of acrimony toward Ronaldo. If anything, they are privately quite understanding of the situation.

So if no offer comes, Ronaldo will stay at Manchester United and just put a difficult summer behind him. And it’s now on Mendes to find him a last-minute out with Dortmund currently his last hope.