Second seed Medvedev and third seed Zverev have spent much of 2021 lifting trophies and cementing their place in the Top 5 of the FedEx ATP Rankings. After turning heads all season long, the pair is as evenly-matched as it comes.

Zverev, the 2020 Tokyo Olympics gold medal winner, is the only player to have won multiple ATP Masters 1000 titles with his victories at the Mutua Madrid Open and Western & Southern Open. World No. 2 Medvedev, who lifted his first major title at the US Open, was the only player to halt Novak Djokovic’s Grand Slam dominance this season.

But at this level of competition, it’s anyone’s game. According to the Russian, the faster conditions inside the Pala Alpitour, Italy’s largest indoor sporting arena, will likely serve as a great equalizer for the Top Eight players at the Nitto ATP Finals.

“I think I prefer fast conditions, but this is probably the fastest I’ve ever faced on the ATP Tour,” Medvedev said after his opening win. “The ball goes very fast through the air. In the match [against Hubert Hurkacz], I was barely under pressure on my serve against a great returner… Everything is different [in Turin].”

Despite not feeling pressured on serve, Medvedev indeed found himself challenged in his first match. Seventh seed Hurkacz took the opening set in a tie-break, but the World No. 2 found his way back to win 6-7(5), 6-3, 6-4.

Third seed Zverev came into his first match against local hope Matteo Berrettini expecting to take on the full force of the Turin crowd along with his opponent. But he was one game into the second set – he won the first 7-6(7) – when Berrettini was forced to retire due to an abdominal injury.

Still, all the positive signs were there for the German: He struck 10 aces against Berrettini in the tight opening set, and won 75 per cent of his first serve points before the match was halted.

“I have played good tennis this year,” Zverev said before the tournament. “I’ve won five titles and I’m the only player who has won multiple [ATP] Masters [1000 titles] this year. It comes with good tennis. Also, at the Olympics, I won a gold medal.

“I am looking forward to this tournament. I didn’t come here just as a participant, but I want to win matches and do well here.”

Medvedev and Zverev are locked at five wins apiece in their ATP Head2Head series, with the Russian claiming a narrow 3-2 lead when the matches take place on indoor hard-courts. In fact, Medvedev has won their past three indoor matchups in a row – including the Rolex Paris Masters semi-finals two weeks ago, and a one-sided victory at last year’s Nitto ATP Finals en route to the title.

Success for Zverev would see him qualify directly for the semi-finals in Turin, but he would have to score his first victory over Medvedev since 2019 in order to get there. That win also came at the Nitto ATP Finals in London – a spot of good news for Zverev, as he faces down a player with the game and the wingspan to possibly neutralise his biggest weapon, the booming serve. 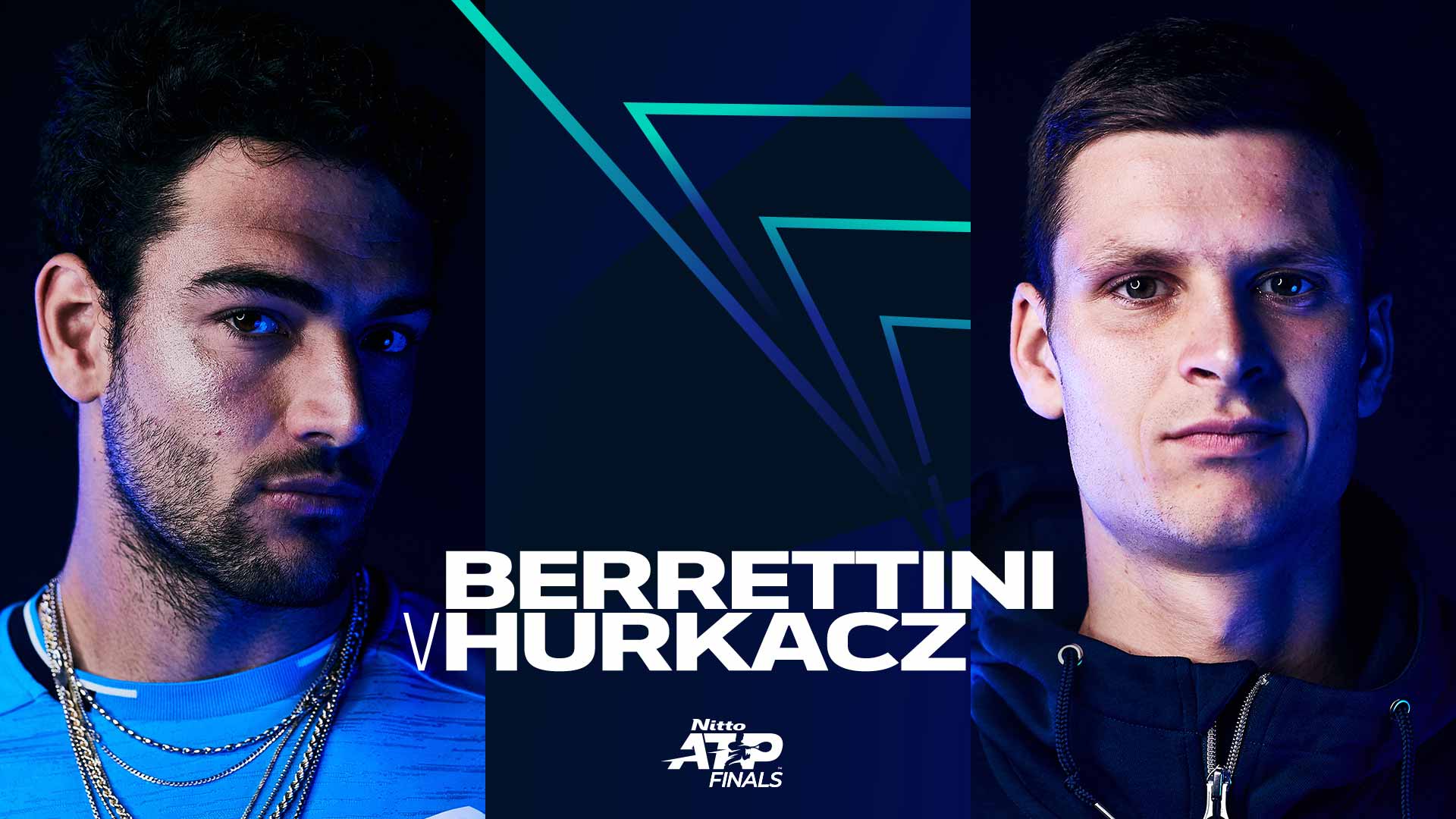 Later in the day, the Pala Alpitour will welcome back local hero Berrettini to the night session as the sixth seed takes on Hurkacz. Both players are vying to keep their Red Group bids alive: after Berrettini retired against Zverev and Hurkacz suffered a three-set defeat to Medvedev, they are looking for a strong win on Tuesday to get back on track in Turin.

It will be Berrettini and Hurkacz’s second meeting of the season. On his way to the Wimbledon final, the Italian ended Hurkacz’s Grand Slam breakthrough in the semi-finals. The Pole will be aiming for revenge – as well as redemption, after dropping his opening match.

“I still have a chance to qualify from the group, it’s great. I’ll just keep fighting and then keep believing in myself,” Hurkacz said afterward. “I’ll just try to stay positive. OK, I lost this match, but I’ll think about the positives and what I can do better and prepare for the next one.”

No Clear Favourite For Medvedev In Fast Turin Conditions

Should Berrettini be unable to take the court against Hurkacz, he will be replaced by the first alternate, 20-year-old countryman Jannik Sinner.

Doubles action also continues on Tuesday at the Pala Alpitour, as top seeds Nikola Mektic and Mate Pavic return to the court. The Croatians are looking to capture the Nitto ATP Finals doubles trophy as the crowning jewel of their glittering debut season, which includes a victory at Wimbledon and a gold medal at the Tokyo Olympics. Mektic and Pavic will take on fourth seeds Marcel Granollers and Horacio Zeballos – both teams sit comfortably atop the Green Group table with a win apiece.