Daria Saville emerges the winner over No.1 seed Emma Raducanu in the longest women’s match of the 2022 season in Guadalajara, Mexico. 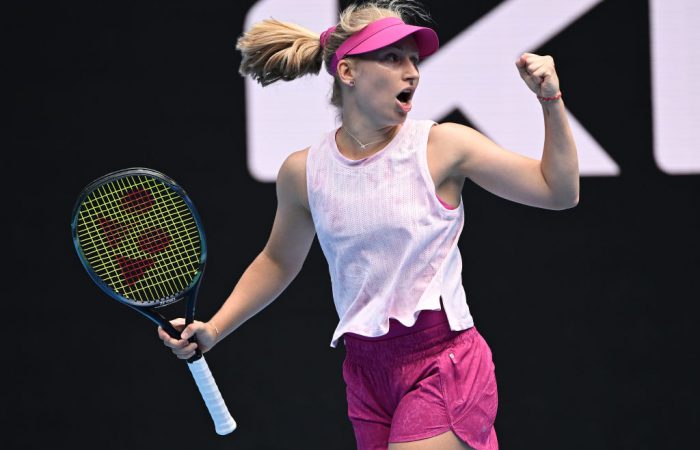 More than 16 months since Daria Saville contested an individual tournament outside Australia, he 27-year-old Australian was happy to settle into an extended battle.

Saville did so superbly at the Abierto Akron Zapopan in Guadalajra, Mexico, outlasting top seed and reigning US Open champion Emma Raducanu in three hours and 36 minutes.

For Saville, a superb test of physicality undoubtedly provided a confidence boost after Achilles tendon surgery early in 2021 limited to her only three tournaments last year.

Prior to representing Australia at the Billie Jean King Cup finals in November, Saville last competed overseas at Roland Garros in September 2020.

“This is probably the first match in a long time when I felt like I was being myself,” she commented after the victory.

“I was being feisty Dasha. I just want to keep on working and keep on going here.”

It provides the opportunity to build on her current world No.610 ranking, which clearly reflects Saville’s recent injury absence more than her ability.

The Australian peaked at world No.20 in 2017 and has wins over Grand Slam champions Angelique Kerber, Garbine Muguruza, Petra Kvitova and Jelena Ostapenko on her record.