Australian captain Lleyton Hewitt feels the team culture surrounding his squad is thriving as the hosts prepare to take on Hungary in the upcoming Davis Cup Qualifiers tie in Sydney. 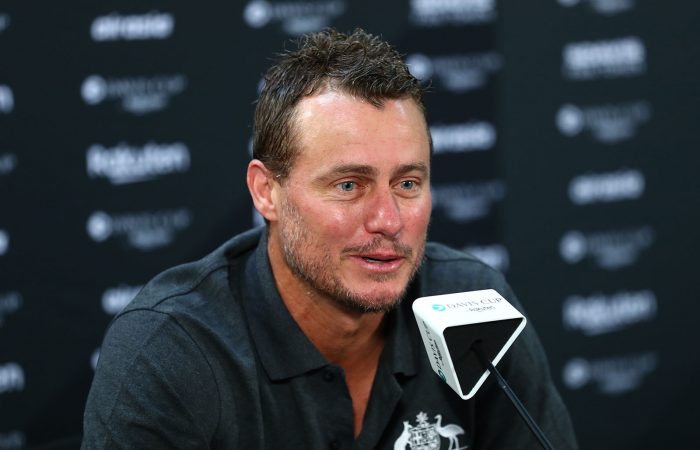 The team culture surrounding the Australian squad is thriving as the host nation prepares to take on Hungary in the upcoming Davis Cup Qualifiers tie in Sydney.

This is the view of captain Lleyton Hewitt, who spoke with the media on Wednesday ahead of the tie at Ken Rosewall Arena – the winner of which will progress to the 2022 Finals.

“It’s good to get the boys back together,” said Hewitt of the team featuring Alex de Minaur, Alexei Popyrin, Thanasi Kokkinakis, John Peers and Luke Saville.

“Tough timing for them, after having to go away for a few weeks, and then come back straight away, and then back for a couple of Masters Series afterwards.

“But the feeling around the group has been fantastic. All the guys have really bought into the team culture and are out there supporting each other for every practice session.

“Rochey (coach Tony Roche) and I couldn’t be prouder of all the guys; they’ve come back and made themselves available for their country and I’m really happy with how the preparation is going at the moment.”

All eyes on Sydney 👀

The resurgent Kokkinakis, returning to the Davis Cup team for the first time since 2015 after recurring injury problems, has enjoyed even more time to prepare for the 4-5 March tie.

Hewitt revealed Kokkinakis had skipped the ATP event in Acapulco and was working with him for several days at Ken Rosewall Arena – in what will be Kokkinakis’ competitive debut in Sydney – prior to the rest of the team returning home from overseas events to join them.

Among those players is Saville, who Hewitt said was in line for his Australian team debut at last year’s Davis Cup finals – only for that event to directly clash with Saville and Daria Gavrilova’s wedding.

“He’s worked extremely hard at his doubles craft to give himself this opportunity,” Hewitt said.

“I just know Sav’, as a young kid, always dreamed of one day playing Davis Cup for Australia. It’s his No.1 goal in tennis.

“I was awfully impressed with how him and Peersy (John Peers) played together at ATP Cup. They gelled really well together, they beat good pairs, and we’re playing in the same arena they played at.”

Secure your tickets for the qualifying tie in Sydney ➡️ https://t.co/Pv51DOs4fo#GoAussies pic.twitter.com/EdFl70cA97

Another player who thrives at Ken Rosewall Arena is De Minaur, who again represents the green-and-gold as Australia’s top singles player.

The 23-year-old Sydneysider continues to impress Hewitt as a great example of the team culture Hewitt is intent on fostering within the group.

“At the end of last year yet again he came to me and said ‘whatever you need out of me, singles, doubles, whenever we play, whoever it’s against, I’m ready.’ So that doesn’t surprise me with the kid that he is,” Hewitt observed.

“I’m really happy with how he’s hitting the ball and moving at the moment, but he’s a great team man as well, he’s out there, on the practice court supporting everyone else.

“That’s the culture that we’re really trying to bring back to the Davis Cup.”

This culture takes on an added significance given the return of Davis Cup “orange boys” to the squad.

Talented teenagers Edward Winter and Charlie Camus – a South Australian 17-year-old and a 15-year-old from Canberra, respectively – have joined the team on the practice court this week in Sydney. 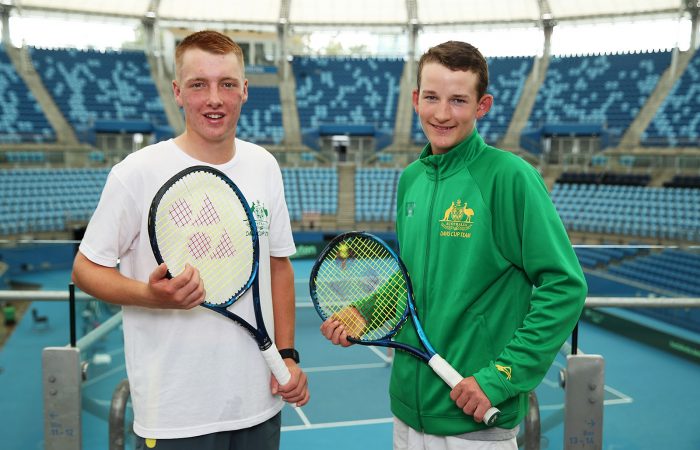 “It’s good for them to be up close and see these guys and the intensity and purpose that they bring to every session,” Hewitt said.

“(Being a Davis Cup orange boy) really helped me out at the start of my career and that’s what Rochey and I are certainly trying to do with these guys.”

Such an atmosphere within the team ranks bodes well when the Australians look ahead to the task of tackling their opposition.

Australia pipped Hungary just a few months ago in the group stages of the 2021 Finals, something Hewitt feels helps the hosts going into Friday’s singles matches.

“For me to see them up close (this week), their No.2 and No.3 players, there’s not a whole heap of footage of those guys, so I’ve got a better sense of where they’re at and what they’re going to do. Their No.1 player (Marton Fucsovics) is all class,” Hewitt said.

“We know what we’re in for, especially coming up against him.”