Australian Davis Cup captain Lleyton Hewitt is hoping for plenty of crowd support in a qualifying tie against Hungary in Sydney next month. 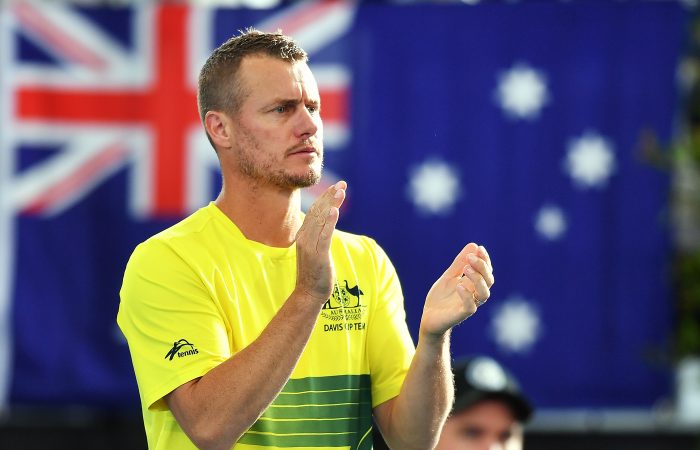 Tickets to the 2022 Davis Cup by Rakuten Qualifier between Australia and Hungary from 4-5 March at Ken Rosewall Arena, Sydney Olympic Park Tennis Centre are on sale today.

Prices are just $29 for adults, $25 for concessions and kids go free. Tickets can be purchased via Ticketmaster.com.au/DavisCup.

Queensland’s Jason Kubler will also join the team as a hitting partner. It comes after the 28-year-old reached the Australian Open mixed doubles final with Jaimee Fourlis.

Australian Davis Cup captain Lleyton Hewitt is looking forward to seeing the crowd right behind the Aussies next month.

“So much is on the line for this qualifying tie against Hungary. It gives us the opportunity to go through to the Davis Cup Finals at the end of the year.

“We’re looking forward to playing in front of another big crowd and to get a lot of home support out there.

“I know the boys will really feed off playing in front of a home crowd, they don’t get the opportunity to play in the Davis Cup at home all that often anymore.”

Get set for Aussie action 🇦🇺

“Rochey (coach Tony Roche), Crabby (coach Jaymon Crabb) and I wanted Nick to be a part of the team and offered him a spot in the five-man team,” Hewitt explained.

“He made himself unavailable for this tie.”

Twenty-four nations will compete across 12 venues around the world during the first weekend in March.

The 12 nations to win their qualifying ties will advance to the Davis Cup by Rakuten Finals in November and will join 2021 champions Russian Tennis Federation, 2021 runners-up Croatia and wildcards Great Britain and Serbia.

The 12 losing nations will compete in a World Group I tie in September.