Australia’s top-ranked man Alex de Minaur has advanced to the quarterfinals at this week’s ATP 500 tournament in Rotterdam. 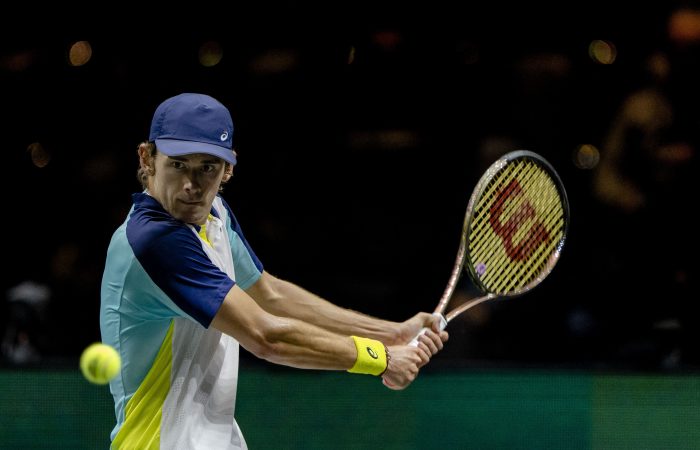 Alex de Minaur has continued his winning run at an ATP 500 tournament in Rotterdam this week.

The 22-year-old Australian scored a hard-fought 7-6(6) 1-6 6-4 second-round victory against American Mackenzie McDonald, overcoming the world No.49 in two hours and 28 minutes.

It propels world No.34 De Minaur into his first ATP quarterfinal since his title-winning run at Eastbourne in June 2021.

De Minaur now plays either top seed Stefanos Tsitsipas or Belarusian Ilya Ivashka for a place in the semifinals.

The Aussie is building impressive momentum, having won seven of his nine matches so far in 2022. His only losses have been against top-10 stars Daniil Medvedev and Jannik Sinner.