Australian Alex de Minaur has beaten world No.20 Denis Shapovalov to advance to the semifinals at an ATP 250 tournament in Sweden. 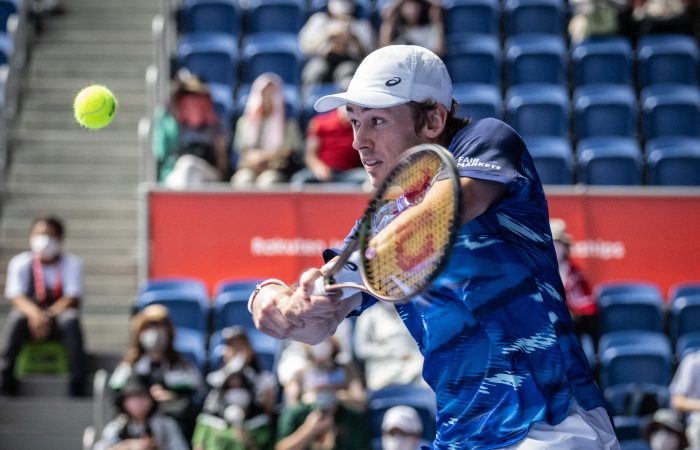 Alex de Minaur has recorded his fifth top-20 win of the season to move into the Stockholm Open semifinals.

The fifth-seeded Australian scored a 6-2 7-6(4) victory against world No.20 Denis Shapovalov in quarterfinal action at the ATP 250 tournament.

De Minaur won 80 per cent of first serve points in the one-hour and 39-minute battle, helping him post a fourth consecutive victory against the 23-year-old Canadian.

This propels De Minaur into his fifth ATP semifinal of the season.

The world No.23 now faces Danish teen Holger Rune for a place in the final. The 19-year-old Danish player knocked out world No.14 Cameron Norrie in the quarterfinals.

It will be De Minaur’s first career meeting with world No.27 Rune.

Matt Ebden and John Peers have advanced to the doubles semifinals at an ATP 250 tournament at Naples.

The third-seed Aussie duo scored a hard-fought 5-7 6-4 [10-4] victory against French pair Sadio Doumbia and Fabien Reboul in the quarterfinals.

This avenges a first-round loss to Doumbia and Reboul in Florence last week, in world No.33 Ebden and world No.32 Peers’ first tour-level tournament together.