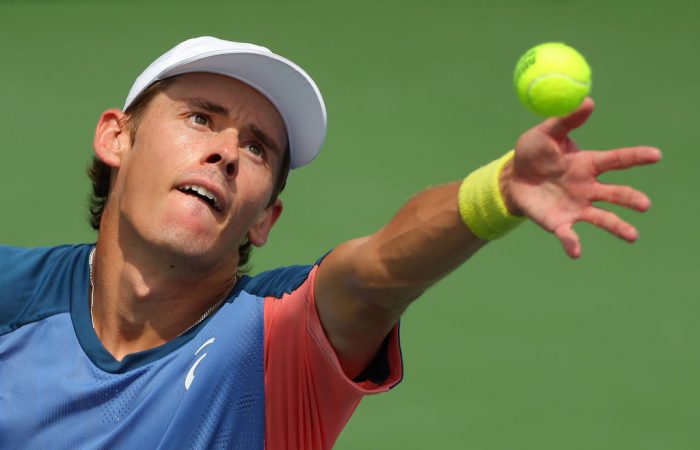 Alex de Minaur will compete for a sixth ATP singles title and a first for the 2022 season at the Atlanta Open. The third-seeded Australian is also competing for a repeat title at the ATP 250 tournament, after lifting the trophy in Atlanta three years ago.

De Minaur booked his place in this year’s title match with a 5-7 6-2 6-2 victory over world Ilya Ivanshka in a rain-interrupted semifinal.

Demon gets it done 😈

Despite the first set lapse, it was an all-round accomplished performance for De Minaur, who saved five of seven break point opportunities that Ivanshka accumulated and converted five break points of his own.

There were also six aces for the world No.30 De Minaur, who was contesting a first ATP-level match against the 53rd-ranked Belarusian.

“It was another match that I just found a way to get through,” said De Minaur, who appeared high on energy after the match started in the afternoon and resumed in the evening.

In his 10th singles final on the ATP Tour, De Minaur will face sixth-seeded American Jenson Brooksby. It will be De Minaur’s first match against the 21-year-old, who outclassed countryman Frances Tiafoe in the other semifinal.

Jason Kubler and John Peers added to a hugely successful day for Australia in the Georgian capital, with the duo advancing to a first ATP doubles final together.

Welcome to the finals🔥

Combining superbly on the hard courts, the Australians defeated all-American combination Colin Eubanks and Mackenzie McDonald 6-4 7-5 in one hour and 20 minutes.

Thanasi Kokkinakis and Nick Kyrgios will aim to complete a perfect sweep for Australia when they meet Rajeev Ram and Jack Sock in the other doubles semifinal.

The match with the all-American duo was held over due to further inclement weather in Atlanta, and will be played ahead of the singles final.