Alex de Minaur and Ajla Tomljanovic headline Australians in action at Dubai and Doha, with John Millman and Daria Saville both competing in Mexico. 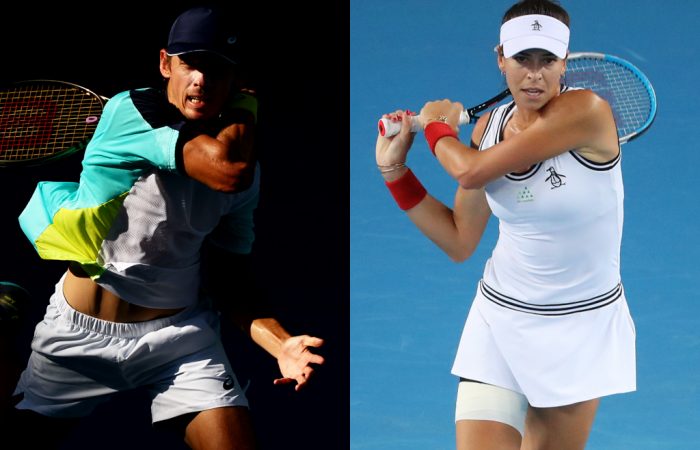 Alex de Minaur will aim to continue his good form at the ATP 500 tournament in Dubai, United Arab Emirates, where the No.1 Australian man takes on  Karen Khachanov in the first round.

De Minaur’s strong start to the 2022 season includes two top-40 wins at the ATP Cup, a career-best run to the fourth round of the Australian Open and a quarterfinal run in Rotterdam.

After briefly dropping outside the top-40 earlier this season, De Minaur is now on the cusp of a top-30 return.

De Minaur is joined in Dubai by countryman Chris O’Connell, who defeated Henri Laaksonen and Yuki Bhambri in qualifying to earn entry into the tournament’s main draw for the first time.

John Peers will compete in doubles alongside Filip Polosek, with the pair scheduled to take on wildcards Saketh Myeni and Ramkumar Ramanathan in the opening round.

She faces Russia’s Daria Kasatkina in the opening round.

Perez is contesting the doubles tournament alongside American Desirae Krawzyk.

John Millman is determined to build on some stunning form at the ATP-500 tournament in Acapulco, Mexico.

Millman last week progressed to a first semifinal in more than a year at Delray Beach, where victims included No.8 seed Maxime Cressy and No.3 Grigor Dimitrov.

He also impressed in the semifinals against Reilly Opelka, pushing the No.2 seed to three sets over three hours.

The 32-year-old Queenslander faces Marcos Giron in his Acapulco first round – a rematch of their second-round contest in Delray Beach, which Millman won in straight sets.

Daria Saville will fly the Aussie flag at the WTA 250 tournament in Guadalajara, Mexico.

But the 27-year-old Australian faces a tough first-round opponent in No.1 seed Emma Raducanu, who is also the reigning US Open champion.