Australian James Duckworth will face compatriot Alex de Minaur in the second round at an ATP 250 tournament in Atlanta. 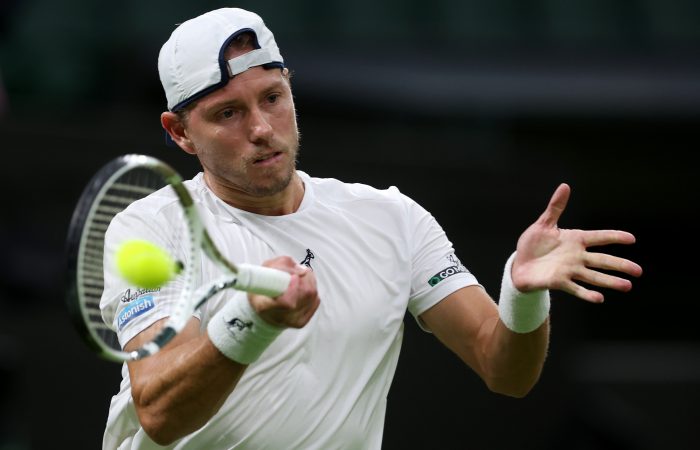 James Duckworth has made a promising start at this week’s Atlanta Open, scoring his first tour-level victory on hard court since November.

The world No.62, who was sidelined for four months following hip surgery earlier this season, recorded a 6-1 6-7(5) 6-3 victory against German qualifier Dominik Koepfer in first-round action today.

Duckworth won 81 per cent of first serve points in the two-hour and three-minute encounter and proved clutch under pressure, saving five of the six break points he faced.

The victory propels the 30-year-old Australian into a second-round showdown with compatriot Alex de Minaur. It will be Duckworth’s first career meeting against world No.30 De Minaur.

Duckworth was the sole Australian winner in singles action today at the ATP 250 tournament.

While Nick Kyrgios withdrew ahead of his scheduled first-round match against German qualifier Peter Gojowczyk due to a left knee injury.

Unfortunately our 2016 champ Nick Kyrgios has withdrawn from the singles draw. He hopes to continue in doubles.

“I’m shattered that I’m not able to compete tonight…all I wanted to do was come out here and give you guys a show.”#AtlantaOpen | #USOpenSeries pic.twitter.com/zme6TYbYcz

It is the fourth-seeded duo’s seventh consecutive win and sets up a quarterfinal showdown with another all-Australian team, Jason Kubler and John Peers.

Kubler and Peers earned their spot in the final eight with a 6-3 6-2 win against wildcard pairing Colombian Andrei Duarte and Spaniard Alvaro Regalado Pedrol.