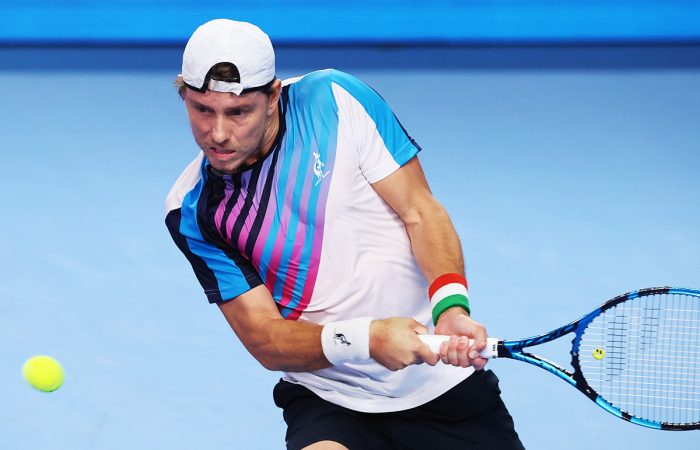 James Duckworth has advanced to his career-first quarterfinal at an ATP Masters 1000 tournament.

The 29-year-old continued his sensational run at the Paris Masters to defeat compatriot Alexei Popyrin in an all-Aussie third-round clash today.

After a tight opening set, Duckworth stepped up the pressure on his 22-year-old opponent and raced to a 4-0 second-set lead.

Popyrin kept fighting and reeled off four consecutive games, but in the end couldn’t stop Duckworth from powering to a fifth win from his past six matches against a fellow Australian.

The in-form Duckworth has now won 15 of his past 20 matches and is projected to be rewarded with a top-50 debut next week.

But for now, the world No.55’s focus is firmly on a quarterfinal meeting with either seventh-seeded Pole Hubert Hurkacz or German lucky loser Dominik Koepfer.

Duckworth becomes the first Australian to reach an ATP Masters 1000 singles quarterfinal since Matthew Ebden at Shanghai in 2018.