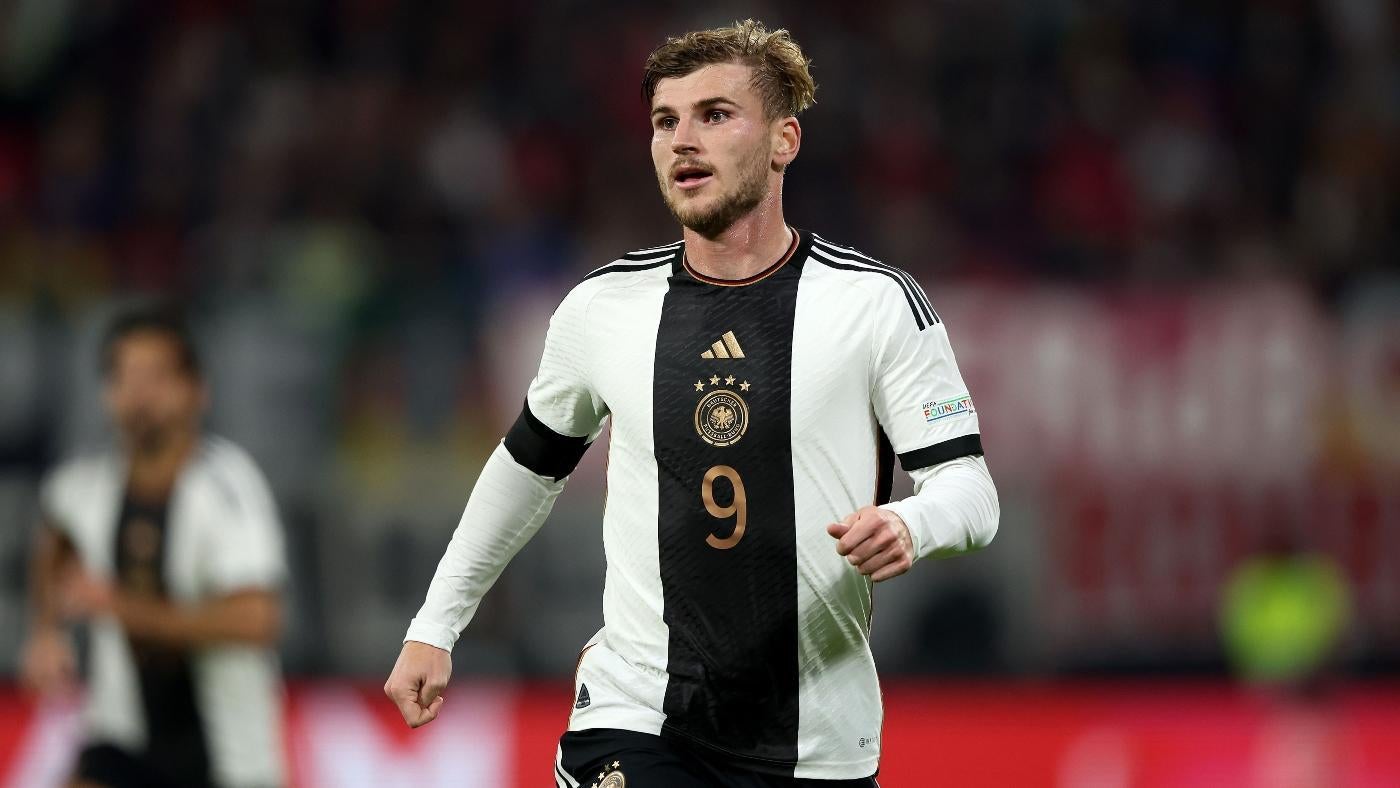 England will be desperate to draw some inspiration from their match Monday at Wembley Stadium when they host Germany in the UEFA Nations League. The Three Lions (0-2-3) are already set for relegation to League B after a disastrous run of results. They lost 1-0 to a rebuilding Italy squad on Friday, and manager Gareth Southgate is under heavy fire for the team’s struggles to score despite a wealth of talent in attack. England have scored one goal in the five games, and that came on a penalty kick. Germany also lost 1-0 on Friday, to League A Group 3 leader Hungary, and have no chance to reach the Nations League Finals. That means the only motivation for both teams will be to gain momentum for the World Cup. This is the final tuneup for both before Qatar 2022.

Kickoff in London is set for 2:45 p.m. ET. England are +135 favorites (risk $100 to win $135), with Germany the +180 underdogs on the 90-minute money line in Caesars Sportsbook’s latest England vs. Germany odds. A draw is priced at +215 and the over/under for total goals scored is set at 2.5. Before making any Germany vs. England picks, you really need to see the UEFA Nations League predictions from proven soccer insider Martin Green.

After working in the sports betting industry for several years, Green became a professional sports writer and handicapper and has covered the game worldwide. Since then, his European soccer picks have been stunningly accurate. Green has generated almost $33,000 for $100 bettors since the 2017-18 season, and he is 25-21-1 over his past 47 soccer picks overall. He has his finger on the pulse of the game all over the globe.

Now, Green has broken down England vs. Germany from every angle and just locked in his picks and Nations League predictions. You can head to SportsLine now to see his picks. Here are the betting lines and trends for Germany vs. England:

Why you should back England

The Three Lions haven’t lost in their past 15 games at Wembley (13-2-0), and they are 3-1-2 in the past six meetings with Germany. That includes a 2-0 victory against the Germans at Euro 2020, and England went on to the final, losing to Italy on penalty kicks. Southgate could go with an attacking approach Monday, and he certainly has the players to score plenty of goals. Harry Kane has six in seven Premier League games this season and 50 in his national team career.

England have had some troubles on the back end, but with Kane and players like Phil Foden, Jack Grealish and Raheem Sterling, they should be able to outscore anyone. They also have several options who can create major problems on set pieces, including Trent Alexander-Arnold, James Ward-Prowse and Reece James. Before making a mess of the Nations League campaign, England had scored 39 goals while conceding three in 10 World Cup qualifying matches.

Why you should back Germany

As always, the Germans will be disciplined and tough to crack, especially against a team that has just one goal in its five Nations League matches. They hammered Italy 5-2 in their match before the loss to Hungary, with Timo Werner scoring twice and Joshua Kimmich, Thomas Muller and Ilkay Gundogan adding goals. The latter three are creative forces, and Serge Gnabry and Leroy Sane also can help Werner or Kai Havertz exploit a struggling England defense.

The Three Lions have yielded eight goals in the tournament and suffered an embarrassing 4-0 loss to Hungary in June. The Germans’ back line is much stronger than England’s, though Real Madrid’s Antonio Rudiger will be out on suspension. Marc-Andre ter Stegen will take over in net with Manuel Neuer sent home with COVID, and the goalkeeper has five clean sheets in six games with Barcelona this season. Germany’s loss to Hungary was its first in 14 games (9-4-1).

How to make England vs. Germany picks

Green has broken down the England vs. Germany matchup from every angle and revealed his best bets. He is going Under on the goal total and provides another confident best bet with a strong plus-money payout. He’s only sharing those picks here.

So, who wins Germany vs. England in Monday’s UEFA Nations League showdown? And where does all the betting value lie? Visit SportsLine now to see the best bets for England vs. Germany, all from the European soccer expert who has generated almost $33,000 for $100 bettors over the past four seasons.