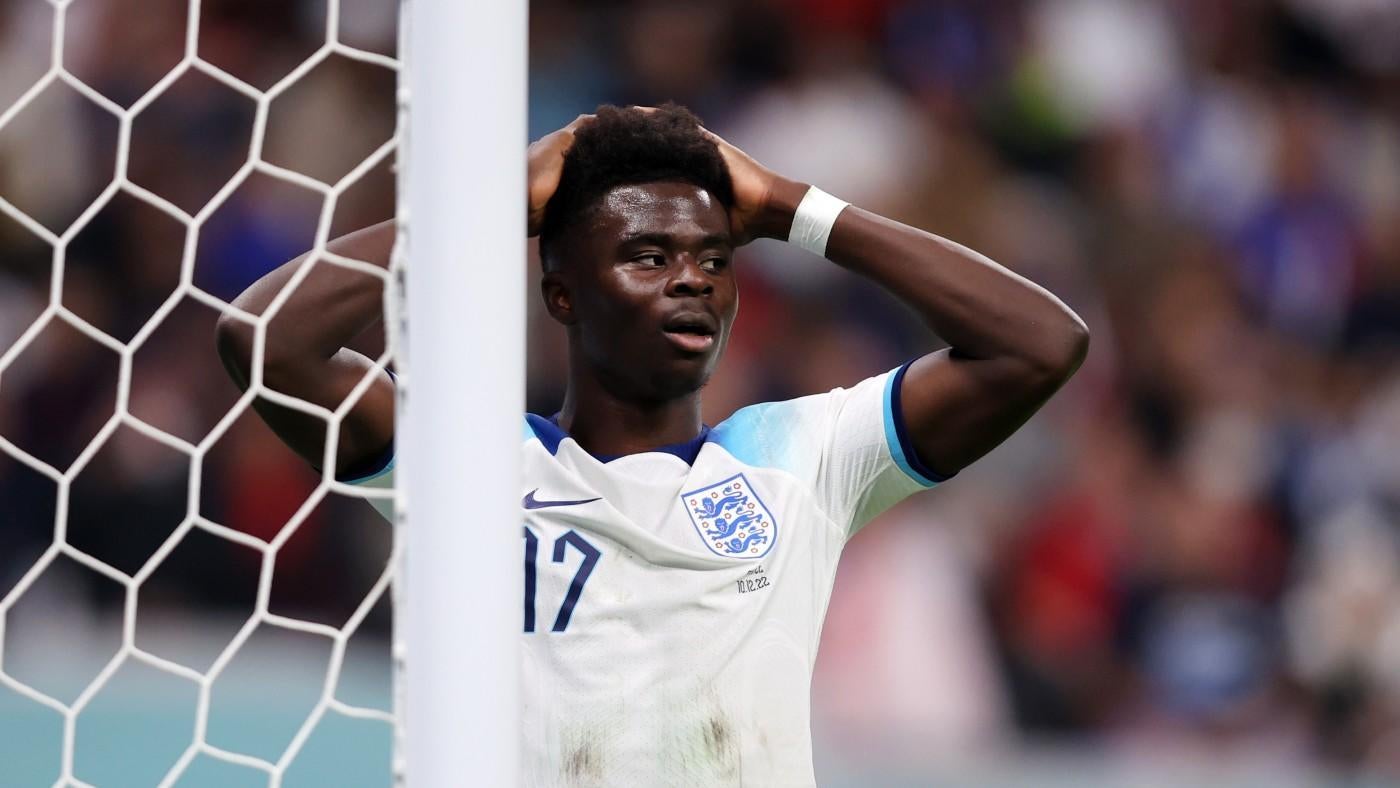 After going toe to toe with the reigning World Cup champions, it’s fair to question what more do England need to do to. England’s chance to secure their first World Cup title since 1966 ended in disappointment although not how they expected. Harry Kane feels automatic from the penalty spot especially after blasting a take past Hugo Lloris earlier in the match, but in his second chance, his effort went over the bar and into the stands. With a chance to bring things level, the Word Cup ended much in the way of the Euros with penalties being the letdown, but the Three Lions should be proud of their performance.

Not only did England win the xG battle 2.32 to 1.19, but there wasn’t a glaring negative performance in their starting XI as Gareth Southgate got his tactics right. England dropped their conservative 3-4-3 for a 4-3-3 and were rewarded with the team netting 13 goals in Qatar. They played well enough to win but sometimes things just don’t go your way in a knockout tournament. After a fourth-place finish at the World Cup in Russia in 2018, making the Euro 2020 final but losing on penalties to Italy, England followed it up with this loss to France and a fifth-place finish at the 2022 World Cup.

There’s agony in making it so close to the final and losing, but under Southgate, England have become consistent challengers for titles, something that hasn’t been the case for a long time. After missing the tournament altogether in 1994, England had a stretch pre-Southgate where they didn’t make it past the quarterfinals in the World Cup until 2018. They even had Sam Allardyce in charge for only 67 days before leaving after one match in charge due to offering agents advice on how to circumvent transfer rules.

For long, Engish soccer, on a national level, has been a laughingstock. Despite having the best domestic league in the world, they didn’t make it deep into tournaments as inferior opposition bounced them. But Southgate has changed that. Despite the bright spotlight on the England manager, he has talked the talk and walked the walk while in charge.

This World Cup even showed England both where they are and where they’re headed. Kane, Harry Maguire, and Jordan Henderson were excellent and while all three may be in different roles or out of the squad in 2026, they’ll play a part in preparing the next generation of English soccer players. But, with the performances of Marcus Rashford, Declan Rice, Jude Bellingham, Bukayo Saka, and Phil Foden, there’s a clear direction of where England are going.

It’s a good direction as every position has talent in spades. Not having Reece James was a big blow for this World Cup while Kyle Walker and Kalvin Phillips had to be nursed back to health during the tournament. But again, Southgate was up to the task. Ben White and Raheem Sterling both had to leave the squad due to personal reasons and Southgate managed it. That can’t be overlooked even if England won’t win a trophy for this tournament.

With one of the best collections of young talent, it’s hard to find more than maybe one or two nations more prepared than England for competing in the future. They could’ve won this game and displayed a valiant effort in the loss, but what the team has become under Southgate is nothing short of impressive. It’s only a matter of time until the Three Lions roar during a trophy lift.