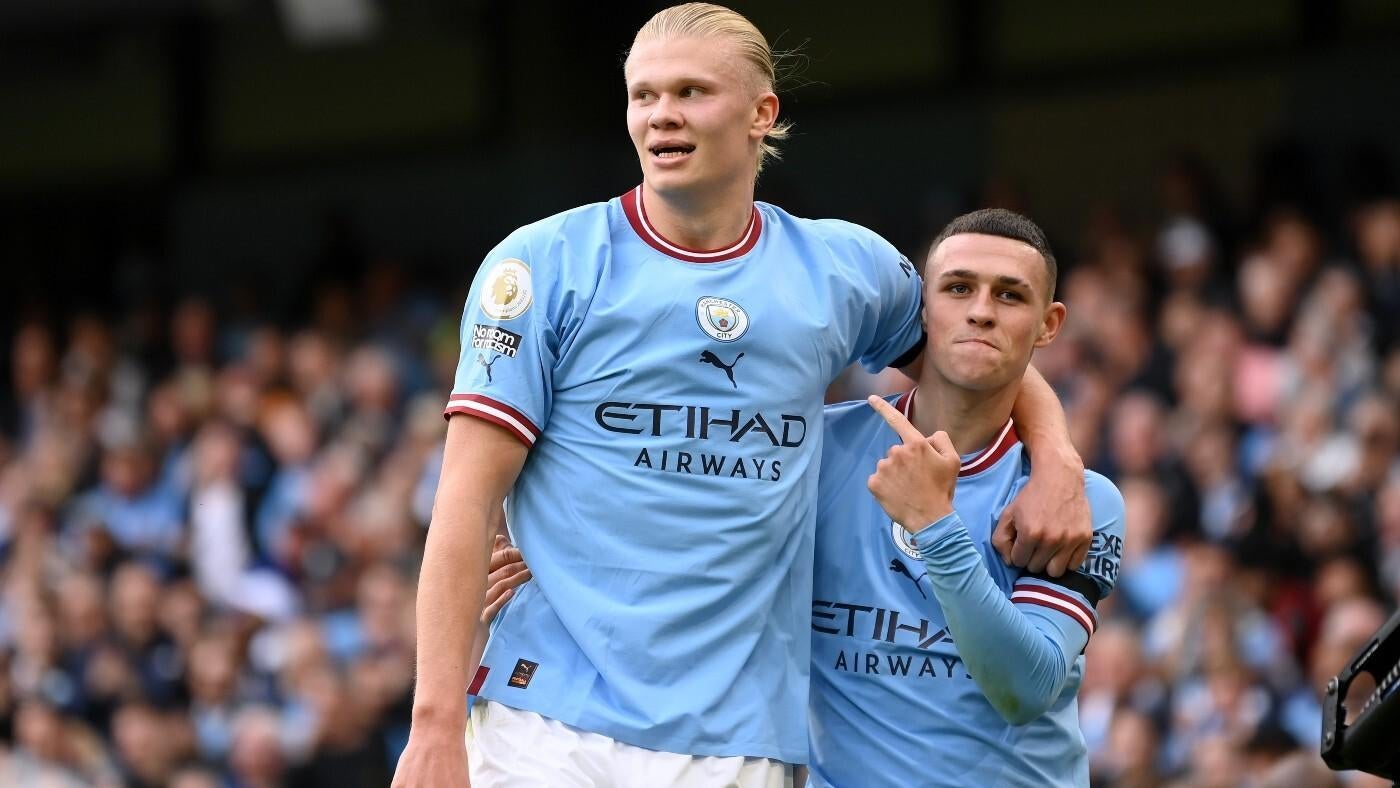 When Erling Haaland netted his first of the afternoon, Manchester City’s second, you rather knew where this game was heading. Pep Guardiola’s side would do what they have done for years now, drop down into the middle gears and cruise. A few goals might come in the closing stages but often their appetite was sated once the game was won and the three points secure.

It was certainly apparent that Manchester United had been beaten when Haaland hit goal number 12 of the Premier League season in the 6-3 victory. But then came 13, and 14 would follow before too long. “We want 10,” was the cry from the Etihad Stadium when Phil Foden joined Haaland on three goals.

But that has not always seemed to ring as true as it has since his arrival. In years gone by, watching City put one in the mindset of a teenager at the British Museum: yes there is a great artistic quality to this display of worldwide treasures (whose presence in the same building ought to prompt deeper social questions), but is any of this enjoyable? Haaland’s presence in this team is like rounding the corner to find someone has repurposed the Great Hall into a gigantic rollercoaster, a mini-music festival and a paintball arena all in one. This team are gaudily, ludicrously fun.

No longer do City sit back to admire their own work. Haaland wants more and more and more. His teammates give it to him and the records come tumbling down. No player had ever scored three straight home hat tricks in the Premier League before this. What are the odds of Southampton denying him a fourth next weekend?

Haaland’s 14-goal tally is superior to 14 teams in the Premier League, a quorum that includes Chelsea and Manchester United. Cristiano Ronaldo, the great scorer of his age, has three Premier League hat tricks to his name. So does Haaland.

Everything we know about this sport says that what Haaland has been doing ought to be impossible. Even the best finishers in the sport do not outperform their expected goals (xG) by 23%, as he has been doing over his career. There is supposed to be a course correction, a cold streak to chill even this Norwegian marauder. Can you see it coming?

Anyway, these models might have seen the good, the bad and the ugly of world football, but they have never seen anything quite like Haaland. The frame says target man but even when he was matched up against the diminutive Lisandro Martinez, City rarely went over the top when they could exploit the searing pace of their No. 9, who has a preternatural sense for when to make his move. He will not misjudge his timing. Joao Cancelo has been caught offside more frequently than Haaland, who has been caught twice this season. If the ball comes to him you will not catch him.

Force City to give the ball to Haaland with his back to goal and he is not too bad either. Indeed it was notable that on this occasion Pep Guardiola seemed to have instructed his side to involve their superstar striker in rather more of the build-up play than they had in recent weeks. Foden was the chief beneficiary of the Norwegian’s more creative side. After only a few months together, they seem to have hit a shared wavelength. Googling their respective ages should come with a trigger warning for Premier League managers.

Still, it was easy to find space to run into when United’s backline was so chaotic, the shielding presence of Casemiro badly missed as Scott McTominay felt compelled to go man to man with City higher up the pitch. One could hammer the visitors in the same way Roy Keane did at halftime but results like this are simply what can happen to middle-of-the-pack Premier League clubs when they come up against the best team in Europe. Their former captain questioned their hunger for the fight but then he has a tendency to see everything through the prism of effort.

Only the players will know for certain if there was more they could have given. What is certain is that inferior players in a system they are still learning — the inevitable reality of a club that chops and changes managers so frequently — are always going to struggle to play through a press as organized as City’s or to get the ball back for long enough to test their defense. Too often Jadon Sancho and Antony would look up to see a smattering of blue shirts between them and their nearest teammate.

Their three goals — a screamer from Antony and a late brace by Antony Martial — were more flattery than consolation. Months into Erik ten Hag’s reign this side look light years off a club who, in year seven under Guardiola, look more determined than ever before. Haaland senses greater heights in the future and his relentless desire for excellence is going to drag a very willing City along to them.