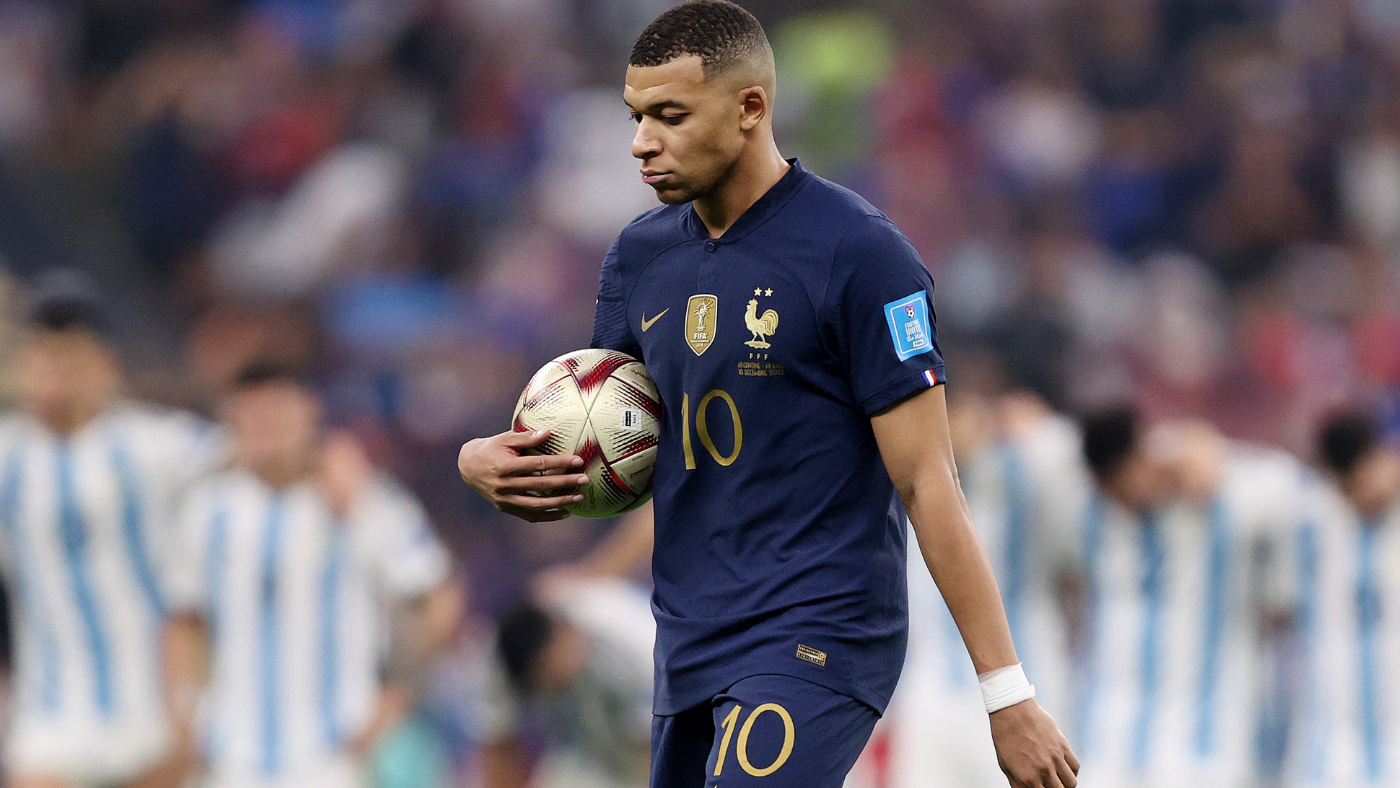 Argentina are FIFA World Cup winners after a 4-2 penalty triumph over France in Lusail after a wild 3-3 draw in incredible circumstances. The French went down with their heads held high after an astonishing comeback from 2-0 down in the final 10 minutes of the game.

Lionel Messi’s penalty and Angel Di Maria’s first half strike appeared to put the game out of reach for Didier Deschamps’ French side by the break in what felt like a total no-show from Les Bleus. By the end of the eight added minutes, though, Kylian Mbappe had flipped the script on its head.

First of all, Mbappe gave France hope from the penalty spot after an inexplicably clumsy Nicolas Otamendi foul on substitute Randal Kolo Muani. Less than two minutes later and the French were level through the Paris Saint-Germain man after he was teed up by another substitute in Marcus Thuram.

Messi restored Argentina’s lead 10 minutes from the end of extra time as La Albiceleste as France’s physical expenditure told and Raphael Varane was forced off shortly afterwards. Yet another penalty saw Mbappe complete his hat-trick from the spot against Emiliano Martinez in the most incredible of scenarios.

“We were too reactive,” said captain Hugo Lloris post-game. “It was like a boxing game. Our only regret is that we let the first half pass us by. Despite that, we did not give up and continued to believe right up until the end. Penalties is always cruel for the losing side. We gave everything from start to finish and we come away totally spent after a month of fighting.”

“We are very disappointed,” added Varane after the final whistle. “We gave everything. We were up against a lot this tournament, but we fought until the end. We never gave up and we were not even in this game for over an hour. We might have won it too. I am very proud of this squad — we can hold our heads up high.”

As far as first halves go, France’s opening 45 was about as meek as we have seen in modern times without a single shot on goal. Jules Kounde and Theo Hernandez were in trouble on either side from the moment the game kicked off and the midfield was more or less inexistant. Gone was the authority of Adrien Rabiot and Aurelien Tchouameni’s maturity from earlier in the tournament.

Antoine Griezmann continued to drop back but there was no structure to speak of with Kounde leaving so much space on the right for the brilliant Di Maria to exploit. Hernandez being targeted was nothing new as most sides this World Cup have identified him as a weak link but the lack of back up afforded to him was asking for trouble. Deschamps hooking Olivier Giroud before half time felt uncharacteristic and harsh given how little service the veteran and Mbappe received.

The decision to withdraw Ousmane Dembele was a little more understandable given his struggles and the clumsy foul on Di Maria for Messi’s opening penalty. France’s preparations were impacted by a wave of illness through the squad which cannot be totally discounted from consideration but Les Bleus’ shortcomings were not only physical — they were also tactical. Giroud was a doubt pre-match with a knee issue which must have factored into Deschamps decision to withdraw him first while the midfield resembled the second half loss of shape vs. England.

Ibrahima Konate made the defense look more solid against Morocco yet was one of the players taken ill pre-game and was a substitute. Kounde, like Benjamin Pavard before him, struggled to convince at right back and this was the most serious targeting of him all tournament. Deschamps’ insistence with all of these gambles despite the circumstances and little evidence of a Plan B nearly cost the defending champions in 90 minutes.

Speculation over Karim Benzema’s return to the squad was rife pre-match and undoubtedly a distraction given how often Deschamps was quizzed on it. However, arguing that the Ballon d’Or holder should have been immediately reintegrated after the semifinal win is fanciful. France’s strength in reaching the final had been the unity and chemistry created within the group of players and bringing back a strong character like Benzema was always going to be unrealistic.

That the players already felt a sense of achievement in reaching the final is perhaps a better reflection of the collective sluggishness. The second half was slightly better with greater purpose shown by the likes of Rabiot and substitute Randal Kolo Muani but it was still a shadow of the French character we have seen for most of the World Cup. That the game got to the 70th minute without a shot on goal by the 2018 winners was a damning illustration of how Les Bleus struggled to get going in attack.

Yet suddenly France hauled themselves level. In the space of just over 90 seconds Mbappe struck twice as Argentina hit the ropes having seen victory snatched from their grasp when it had seemed so assured for over an hour of the contest. The South Americans were hanging on for dear life waiting for the final whistle just to regroup themselves. Deschamps’ seemingly panicked changes to throw Kolo Muani and Thuram on and later Kingsley Coman had suddenly turned the tide in the favor of the French.

In terms of comebacks on the biggest stage, this was a titanic one given how improbable the fightback had looked even 20 minutes from time and they carried that belief into the 30 minutes of extra time. Messi threatened to extinguish those hopes with his second and Argentina’s third, but the script writers had other ideas as France got another penalty for Gonzalo Montiel’s handball which Mbappe converted. In a further twist of drama Martinez denied Kolo Muani late on before Lautaro Martinez headed wide.

Ultimately, Martinez’s save from Coman and Tchouameni’s miss decided this one, but the the French got even that far was nothing short of incredible after 120 wild minutes. Mbappe leaves with his stock enhanced despite the loss and Messi finally has the World Cup title that his immense talent has deserved.