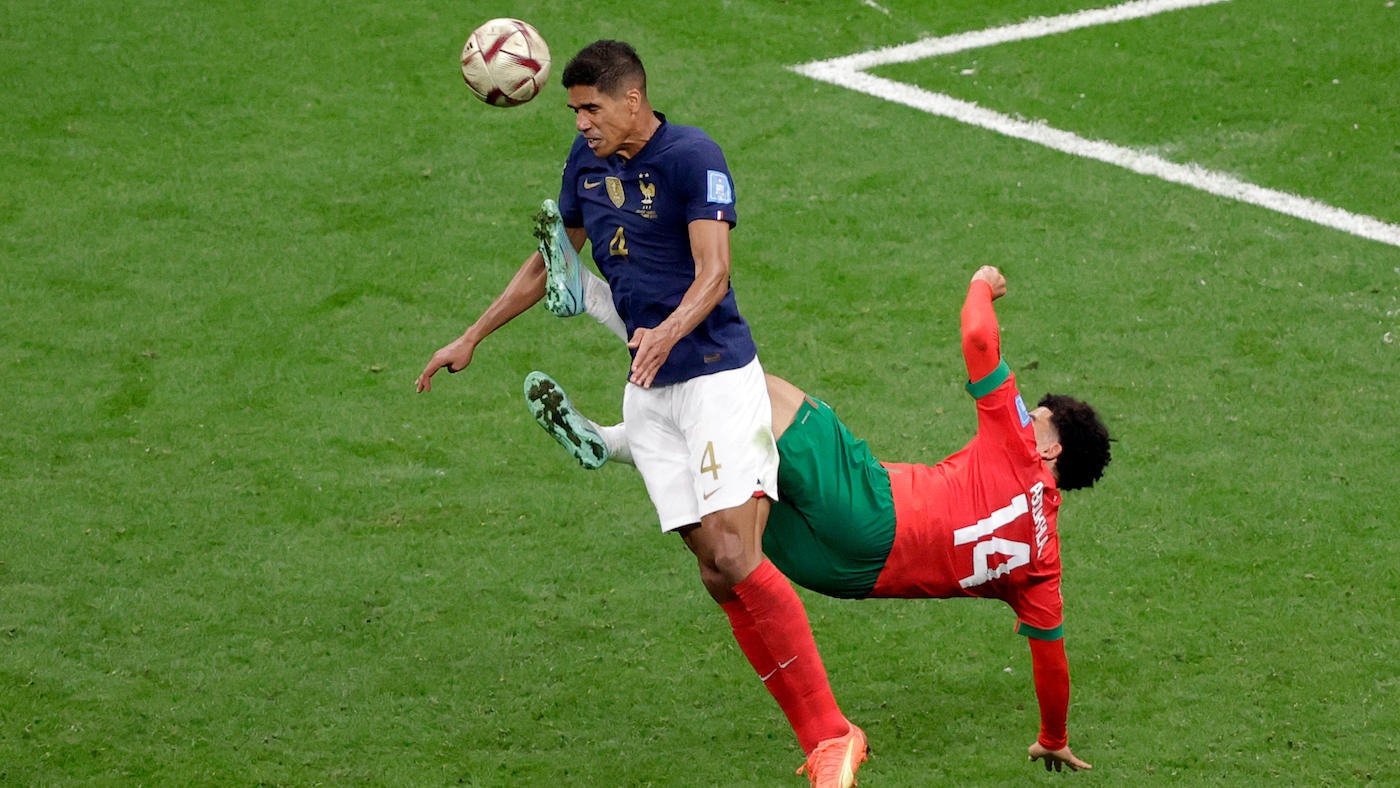 France are into the FIFA 2022 World Cup final after a 2-0 win over Morocco at Al Bayt Stadium on Wednesday as Theo Hernandez’s early goal and substitute Randal Kolo Muani’s late strike was enough to secure victory. The defending champions were expected to push on after that fifth-minute effort but the encounter with the history-makers from Africa turned into a sterner test than imagined and it took until the 79th minute for it to ultimately be decided.

Olivier Giroud did hit the post in the first half, but so too did Jawad El Yamiq as Les Bleus were asked to put in another defensive shift to earn their date with Argentina. The AC Milan man said after the 2-1 win over England that the nature of the victory reminded him of the 2018 French 1-0 semifinal success against Belgium in Russia, but in truth, this was that game — narrow and nervy.

“It is an emotional and proud moment,” said head coach Didier Deschamps after the final whistle. “It was a significant step. There is one more to go. We have been together for a month. It is never easy, but this has been a joy to experience.”

Not only the final score but also the backs-to-wall nature of France’s showing will have reminded a tense Deschamps of that glorious day at Krestovsky Stadium. This might have been Al Khor four years later, but captain Hugo Lloris was still there between the sticks and Raphael Varane was once again a rock at the heart of the defense with two clearances and one interception inside the box.

The Manchester United man actually deserves some credit as he has rediscovered his former self in Qatar just in time for another shot at title glory. As Deschamps has done with Antoine Griezmann, he has also done with Varane and stripped his game back down to the basics and rebuilt one of his most trusted on-pitch lieutenants.

Now 29, the former Real Madrid man does not have the clean sheets in the way that Griezmann has a string of assist to point to his importance with tangible figures. However, Varane has done brilliantly to bring shape and discipline to a largely unbalanced French defense given Theo Hernandez’s attack-minded approach, Jules Kounde’s awkwardness as a makeshift right back and Dayot Upamecano’s continued jitters.

The Bayern Munich man was not there against Morocco as Ibrahima Konate filled in admirably after illness befall both Upamecano and Adrien Rabiot and it was in those circumstances that Les Bleus kept the first clean sheet of their campaign at the sixth attempt. Morocco got close but ultimately were not able to find a way past Lloris as France hit the Atlas Lions with a taste of their own frugality.

“Reaching the final is a dream come true!” added Kounde after the game. “Morocco posed us problems, but we were up to the task physically. We knew that we had to start well and Theo’s early goal made it easier. The second half was a bit tougher and we had to be united and make a collective effort. We know how to suffer and we have had testing moments in each match. We also were lucky enough to have Hugo in good form with some saves and a bit of luck too.”

Varane, along with Lloris, Griezmann, and the subdued Olivier Giroud, has formed part of the experienced spine of this French side which could now successfully defend their title this weekend — only the third time it will have been done in history. Lionel Messi and his teammates will pose a greater threat than the spirited Moroccans, but this wily core of 2018 veterans have already proved that they can dig deep when required.