INGLEWOOD, Calif. — It looked like Joe Burrow was about to do it again.

With the Cincinnati Bengals needing 1 yard to keep their comeback hopes afloat in Super Bowl LVI, Burrow tried to wriggle out of the grasp of a rushing Los Angeles Rams defender. It’s something he has done often throughout Cincinnati’s best season in 33 years.

But the Rams player was Aaron Donald, one of the most dominant defensive linemen in NFL history. Burrow flung the ball aimlessly, it fell to the ground, the Bengals’ comeback hopes sunk.

Despite a leaky offensive line that exposed him to constant hits throughout the 2021 season, Burrow nearly brought the Bengals the franchise’s first Super Bowl victory. But the 23-20 loss to the Rams at SoFi Stadium was evidence there’s only so much a great quarterback can do when it comes to winning at the highest level.

“He’s a fighter,” Bengals coach Zac Taylor said. “He’s one of the toughest guys I’ve ever met. So much respect for Joe. He’s gotten us to this moment. It’s just unfortunate that we couldn’t finish it off as a team.”

• How did the Rams come back? »
• Cooper Kupp saved the Rams »
• All-in approach pays off for Rams »
• Rams top Bengals after OBJ exits »
• Bengals’ rebuild not yet complete »
• Full playoff schedule » | More content »

The Rams’ defensive line led the NFL in pass rush win rate this season. And they were as good as advertised on Sunday, limiting the playcalls available to Taylor. Burrow averaged 2.41 seconds per pass attempt according to NFL Next Gen, the second-quickest of his career as Cincinnati tried to negate the pass rush and protect its star quarterback with quick throws. And yet, he was still sacked seven times.

“That’s the problem,” Taylor said. “Every tape that we watched, they hit every single quarterback on almost on every single snap. It’s a challenge. I thought our guys did a tremendous job early in the game [of] managing that.”

Bengals tight end C.J. Uzomah, who battled through a sprained MCL to play in the Super Bowl, said it was tough to see Burrow get hit as much as he did in 2021. Burrow became the first quarterback to be sacked 50 or more times to reach the Super Bowl.

“I mean, that’s [Joey] Franchise, right?” Uzomah said. “You don’t want to see your franchise quarterback get hit as many times as he did. That’s probably going to be a point of emphasis coming up.”

Any work of fixing the roster around Burrow will be a continuation of a process that started before he arrived.

The Bengals improved the defense at the beginning of the 2020 season by signing players such as defensive tackle D.J. Reader and safety Vonn Bell. It continued the following year when the Cincinnati drafted wide receiver Ja’Marr Chase, Burrow’s former teammate at LSU who won The Associated Press’ Offensive Rookie of the Year Award.

If Cincinnati learned anything about Burrow in his first two seasons, it’s what he can do with good pieces around him and how resilient he can be.

He didn’t miss an offseason workout after tearing the ACL and the MCL in his left knee in November 2020.

After the Rams took the lead with 1:25 remaining, there was still a belief among the Bengals that Burrow could pull off a special comeback.

“His whole persona is chill and poised and we believed in him and we knew he was going to go down there and score,” Bengals wide receiver Tyler Boyd. “None of us were nervous or thought that the moment was too big because we came in there comfortable because we believed in him.” 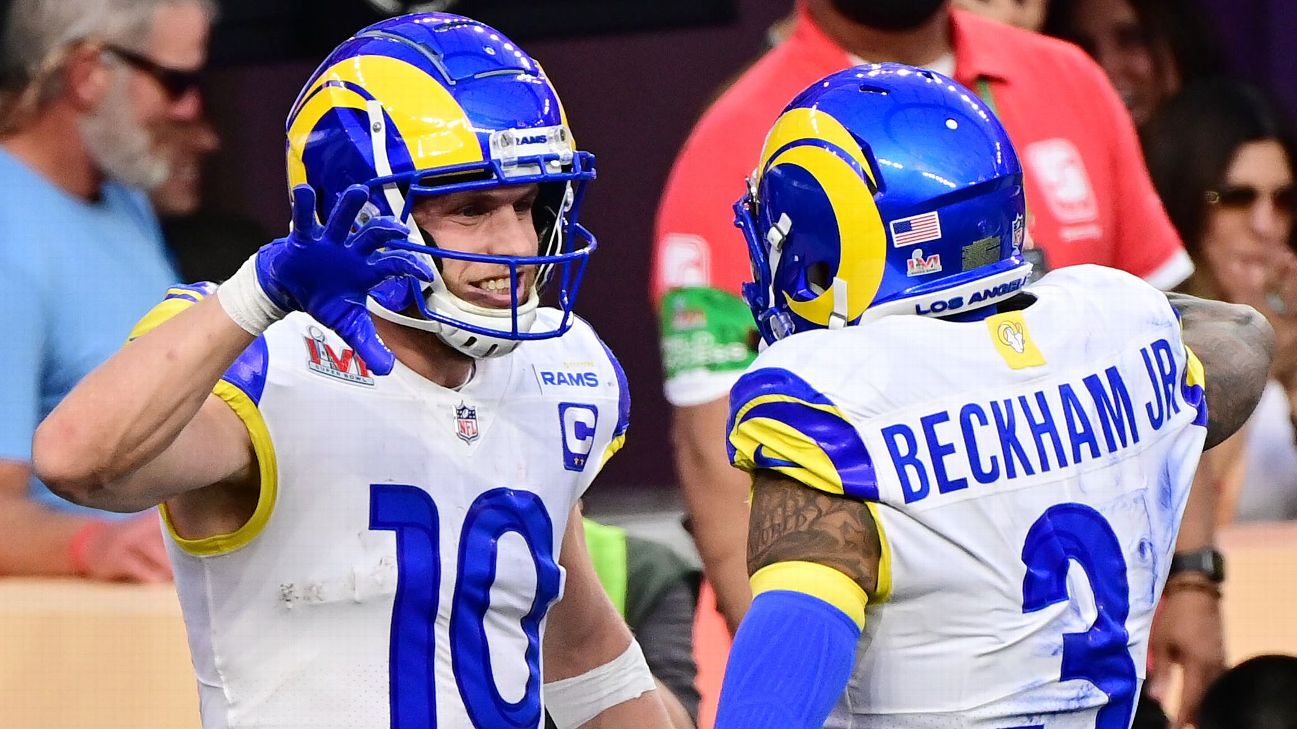 Throughout the year, Burrow was able to battle through pain. He was on throat rest after a big hit against Green Bay, injured the pinkie on his throwing hand and battled an injured right knee that sent him to the ground in the third quarter of Sunday’s game.

Reader praised Burrow’s ability to repeatedly get up throughout the course of the season.

“He’s the toughest player, person I’ve ever met in my life,” Reader said. “He doesn’t complain. He doesn’t say anything.”

Burrow nearly brought the Bengals a Super Bowl victory in only his second season. With a little more help from those around him, Cincinnati could be playing for a Lombardi Trophy again someday.

But even Burrow knows that’s not guaranteed. And that should be a driving force for a team looking to build around its franchise quarterback.

“We are going to work really hard to get back to this moment and finish on top like we wanted to this year,” Burrow said. “We came up just short.”