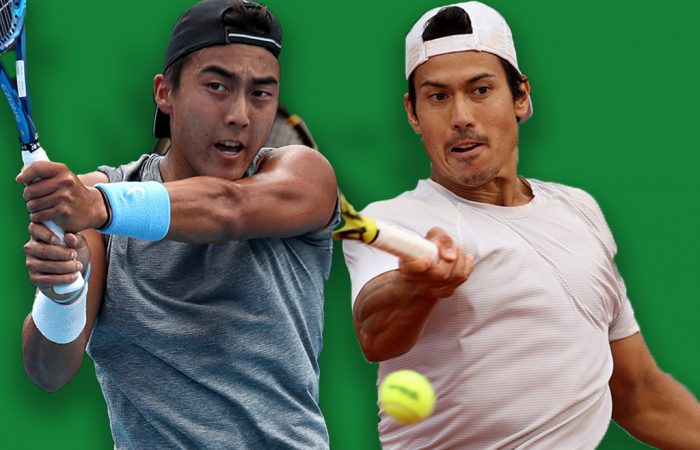 [2] Jason Kubler (AUS) v Cem Ilkel (TUR)
Gentlemen’s qualifying singles, first round, Court 11, first match (from 8pm AEST)
Kubler has won 31 of his 38 matches since March, a run that includes one ATP Challenger title, two ITF titles and reaching the second round at Roland Garros as a qualifier. Recently returned to the world’s top 100 for the first time since 2018, the 28-year-old Aussie now has his sights set on qualifying at Wimbledon for a second time. The second-seeded Kubler, who owns a 6-2 career win-loss record in Wimbledon qualifying, faces world No.226 Ilkel in the opening round. It is his first meeting with the 26-year-old Turkish player.

[30] Max Purcell (AUS) v Gijs Brouwer (NED)
Gentlemen’s qualifying singles, first round, Court 12, fourth match
The 30th-seeded Purcell is making his singles debut at Wimbledon. The 24-year-old has previously played doubles at the tournament and is now excited to get his chance to shine on the singles court. Currently ranked at a career-high No.156, Purcell begins his qualifying quest against world No.208 Brouwer. The 26-year-old Dutchman is a proven threat on grass, scoring top-100 victories against Aussies John Millman and Alexei Popyrin earlier this month.

Rinky Hijikata (AUS) v Geoffrey Blancaneaux (FRA)
Gentlemen’s qualifying singles, first round, Court 7, fourth match
Hijikata has received direct acceptance into a Grand Slam qualifying draw for the first time in his career. The 21-year-old from Sydney is currently ranked at a career-high No.228, a reward for consistent results so far this season. Hijikata, who has previously contested Australian Open qualifying three times as a wildcard and qualified for his ATP main draw debut at the Melbourne Summer Set earlier this season, has been pitted against world No.167 Blancaneaux, a 23-year-old Frenchman also making his Wimbledon debut.

Andrew Harris (AUS) v Antoine Hoang (FRA)
Gentlemen’s qualifying singles, first round, Court 1, first match (from 8pm AEST)
Harris, who has entered using a protected ranking of No.240, is making his second Wimbledon qualifying appearance. The 28-year-old Victorian, who is currently ranked No.558 after being sidelined for most of the 2021 season with injury, made the final qualifying round in 2019. Harris has extra motivation to qualify too, with this year marking the 10-year anniversary of his Wimbledon boys’ doubles title triumph alongside Nick Kyrgios. He faces Hoang, a 26-year-old Frenchman ranked No.269, in the opening round.