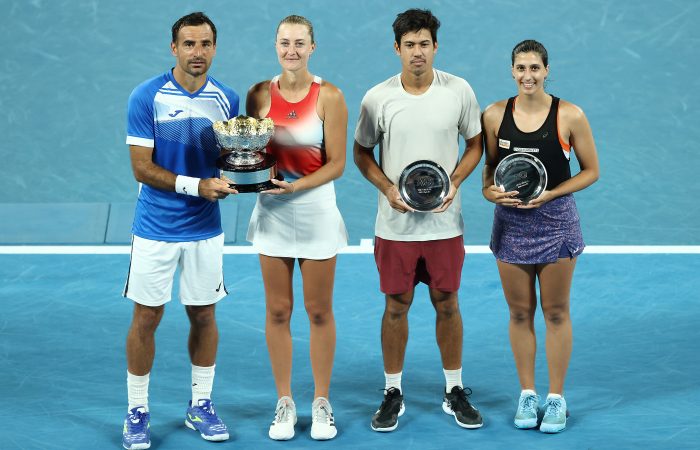 It ends an incredible tournament for 22-year-old Fourlis, who was making her first appearance in a Grand Slam mixed doubles draw, and 28-year-old Kubler, who was contesting his second.

What a week for these wildcards!

The Aussie wildcards won four matches to advance to their first major final, remarkably saving seven match points during their career-best run (two in the first round, four in the second round and one in the semifinals).

“It’s been an absolute laugh this week, it’s been so much fun,” Fourlis said. “We didn’t really know what to expect to be honest, but hey, we made it this far.”

Fourlis and Kubler had been aiming to become only the fourth all-Australian team to win an Australian Open mixed doubles title in the Open era.

“It’s a shame we didn’t get the win, it would have been a pretty cool story for us,” Kubler said. “But far out, we had so much fun.

“Hopefully we can build on this, maybe on the singles court as well.”