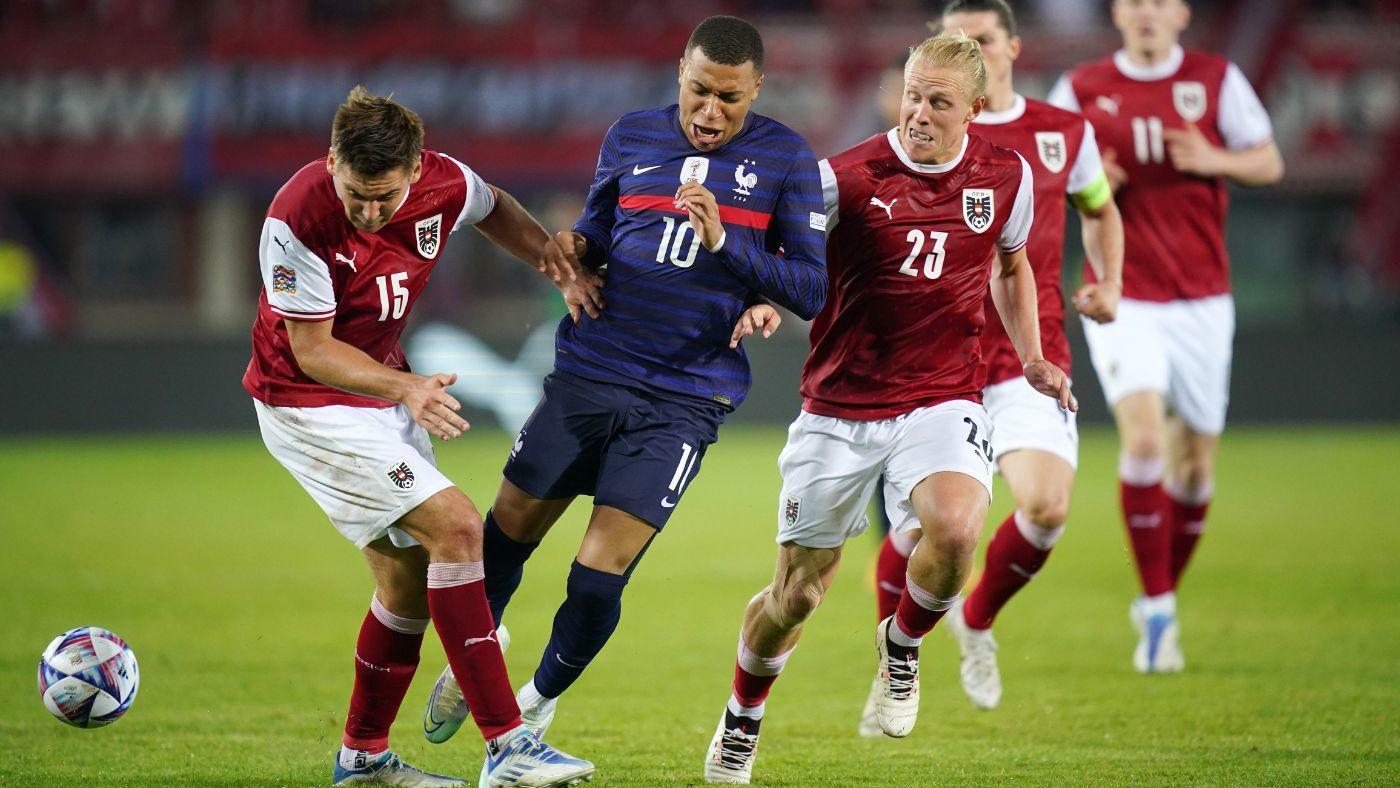 Defending FIFA World Cup titleholders France will take on Austria in UEFA Nations League A Group 1 on Thursday with Didier Deschamps missing some crucial figures such as Karim Benzema, Paul Pogba and Hugo Lloris. Without several other influential players, the 1998 and 2018 World Cup winner will be forced to field a youthful French side against an Austrian outfit now under Ralf Rangnick’s leadership. Not exactly a form clash, Denmark currently leads the way in the group with Croatia second and the Austrians third. Les Bleus are yet to register a win in this edition.

Here are our storylines, how you can watch the match and more:

France: Deschamps has been forced into several personnel decisions, but the French Football Federation has been going through a tempestuous time of its own with sexual misconduct allegations as well as the suspected blackmail attempt against Paul Pogba which involves his own brother and Kylian Mbappe’s fight for greater influence over the players’ image rights. It is rarely dull around the French national team and right now is no exception to that with Raphael Varane and Deschamps questioned on multiple topics this Wednesday.

“As I said in March, there were discussion which needed to take place,” said Varane in press conference. “It is quite simple, as a squad, we collectively want to enforce each individual player’s image rights. It is a simple, logical and legitimate request. We just wanted an update on this to avoid future issues. As you know, discussions have gone well and I hope that this gets resolved as soon as possible as we do not want to waste time or energy on this.”

“It has always been there, even long ago,” added Deschamps. “There are exchanges and discussion to reach common agreements where everybody’s interests are taken into account. From my position, I am here to ensure that the players, the institution, our partners and everybody can find some common ground.”

Austria: Rangnick’s reign got off to a fine start with a 3-0 win over Croatia before defeats to Denmark and a draw with France. Avoiding defeat in the Parisian suburbs will mean that the Austrians remain ahead of their French opponents in the standings with top spot already unlikely for Deschamps’ men.

Pick: France should win this reasonably comfortably so I will go for 2-0. With the World Cup just months away, results need to pick up and with so much young talent keen to impress, Deschamps should receive just the tonic he is looking for as Zinedine Zidane keeps his eye on this French team with a view to life after the World Cup in Qatar.