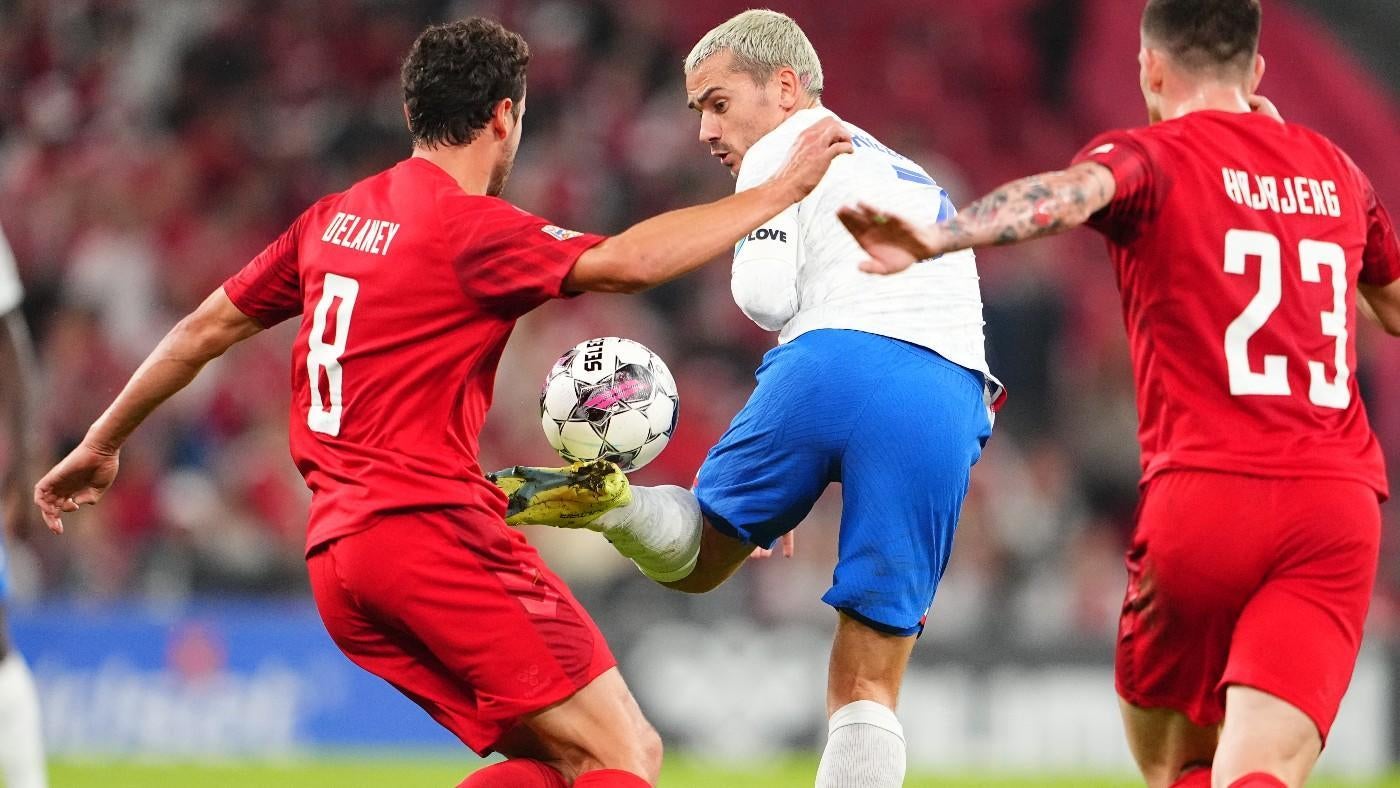 France’s UEFA Nations League campaign came to an end in underwhelming fashion with a 2-0 defeat away at Denmark on Sunday. Kasper Dolberg and Andreas Skov Olsen scored the first-half goals at Parken in Copenhagen to seal all three points for Kasper Hjulmand’s men.

However, it was not enough to ensure that Les Bleus finished bottom of the pile of the group with a 3-1 Croatia win over Austria confirming top spot ahead of the Danes. Didier Deschamps now must consider his FIFA World Cup squad to go to Qatar later this year based on a 2-0 home win over the Austrians and this 2-0 loss in Scandinavia.

So, what will the French tactician have taken away from this latest international break without several key men?

Deschamps’ France have always been built through the chemistry around the squad rather than simply selecting the most talented players available each time. This has sometimes required discipline in keeping certain unwanted influences away from the team in a bid to ward off controversy.

However, the emergence of the alleged recent blackmail attempt against Paul Pogba, accusations against the French Football Federation and Kylian Mbappe’s recent push for image rights control have rocked the boat. It now feels like Deschamps needs to go back to basics to get this French side firing again.

Olivier Giroud and Antoine Griezmann, two veteran campaigners under the 1998 and 2018 World Cup-winning former captain, were two of the most convincing performers this international period. With the likes of captain Hugo Lloris, Karim Benzema, N’Golo Kante as well as Pogba himself to return, that experience will be more important than ever despite so much emerging talent.

“I would not call it a disaster as we did have chances too,” Deschamps said after the match. “When there are critical ingredients missing, though, the system is of little matter. This was a young French team with no high-level experience. There is no need to worry as the players on their way back are mostly experienced internationals.”

The Paris Saint-Germain superstar is a hugely influential figure for club and country and that was underlined with Les Bleus through a dispute over the use of the players’ image rights. Mbappe is now arguably top dog with the French and not necessarily through his recent actions on the pitch which goes against Deschamps’ previous meritocracy.

It could be that Mbappe needs to put himself more at the service of the team in the way that the 2018 vintage did to succeed in Russia. If not, then France risk falling short in Qatar with Denmark showing that they will make life tough in Group D.

Another possibility is that this is now the time for Deschamps to step aside to allow somebody else to oversee the next generation of French talent. Zinedine Zidane appears to be the most likely candidate and the increasing need to utilize new faces could be the beginning of the end for Deschamps’ previously successful approach.

Does he really have it in him to go through future European Championship and World Cup cycles with these emerging talents? It appears increasingly unlikely which makes this potentially Deschamps’ final international tournament with the time for change finally upon the world champions.