Team Europe’s talent was clear leading into the 2021 Laver Cup. There were six of the Top 10 players in the FedEx ATP Rankings on the roster, including the past three Nitto ATP Finals champions: Daniil Medvedev (2020), Stefanos Tsitsipas (2019) and Alexander Zverev (2018).

But what was even more special than their on-court abilities was how well they came together as a group, according to Tsitsipas.

“I’d like to thank all of my teammates. They have all been kind of my rivals, and it is nice to see that now we get to be part of one team and aim for the same goals and for the same things,” Tsitsipas said. “It has been more than a pleasure to be fighting for this trophy, and I think what is the most important and what stands out this week [are] the memories that we have built and formed together.” 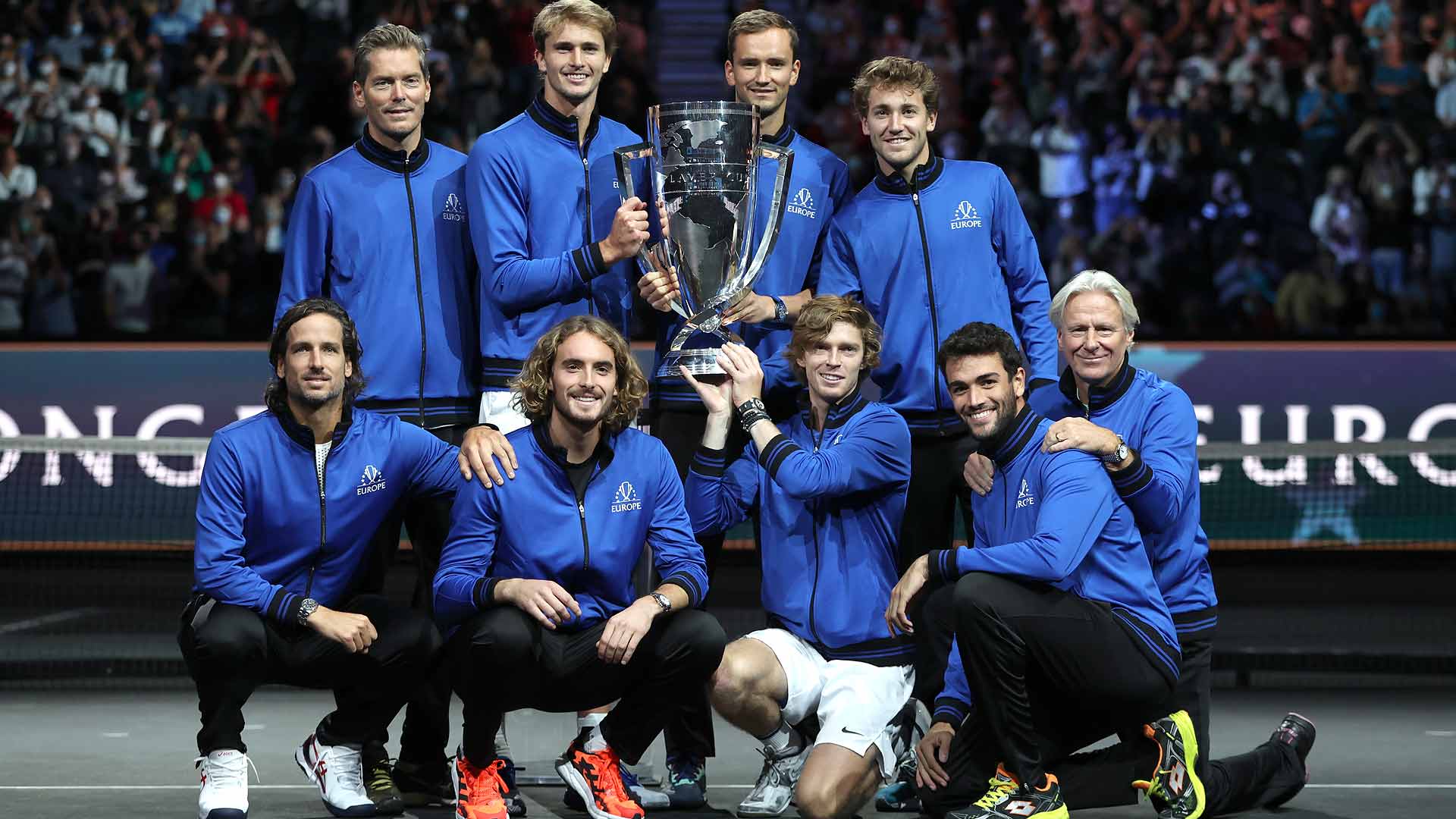 Photo Credit: Clive Brunskill/Getty Images for Laver Cup
The likes of Tsitsipas, US Open champion Medvedev and Tokyo Olympics winner Zverev are used to battling each other for trophies. But this weekend, they combined to become a dominant force at TD Garden.

“That’s what I have been most grateful for. Each single one of them had something to offer. And this experience is so extraordinary with two incredible captains and players that are willing to give everything for this event,” Tsitsipas said. “I feel privileged to be standing where I’m at right now and to be learning from the best, and that happens to be my teammates.”

Medvedev, Andrey Rublev, Matteo Berrettini and Casper Ruud all made their Laver Cup debuts this year. They quickly got used to the team environment and are leaving with great memories. Rublev said lifting the trophy was one of his two most emotional moments of his year.

“It’s something that is going to stay forever with me and be a special moment. For sure, I’m going to miss this week a lot,” Rublev said. “Of course on the tennis court [it] was [an] amazing atmosphere, amazing stadium with [an] amazing crowd full of people, which all of us were missing a lot, especially after such a tough time.”

The Boston crowd was firmly behind Team World, but Team Europe never took it personally and often thanked the fans after matches for their support. Importantly, they won five of the six Match Tie-breaks contested over the weekend.

Team Europe was again led by Captain Bjorn Borg and Vice Captain Thomas Enqvist. Borg was often calm on the bench, but he enjoyed every moment.

“For me personally as captain, [this] is the most important week in the year,” Borg said. “I think we all are very happy to defend our title. These are six guys who, like I said, [are the] future of tennis. They play unbelievable tennis.

“Just to put together what we did as a team, it’s unbelievable. These guys played great tennis, even if [a] few matches were very close. But it went our way. I’m very happy.”