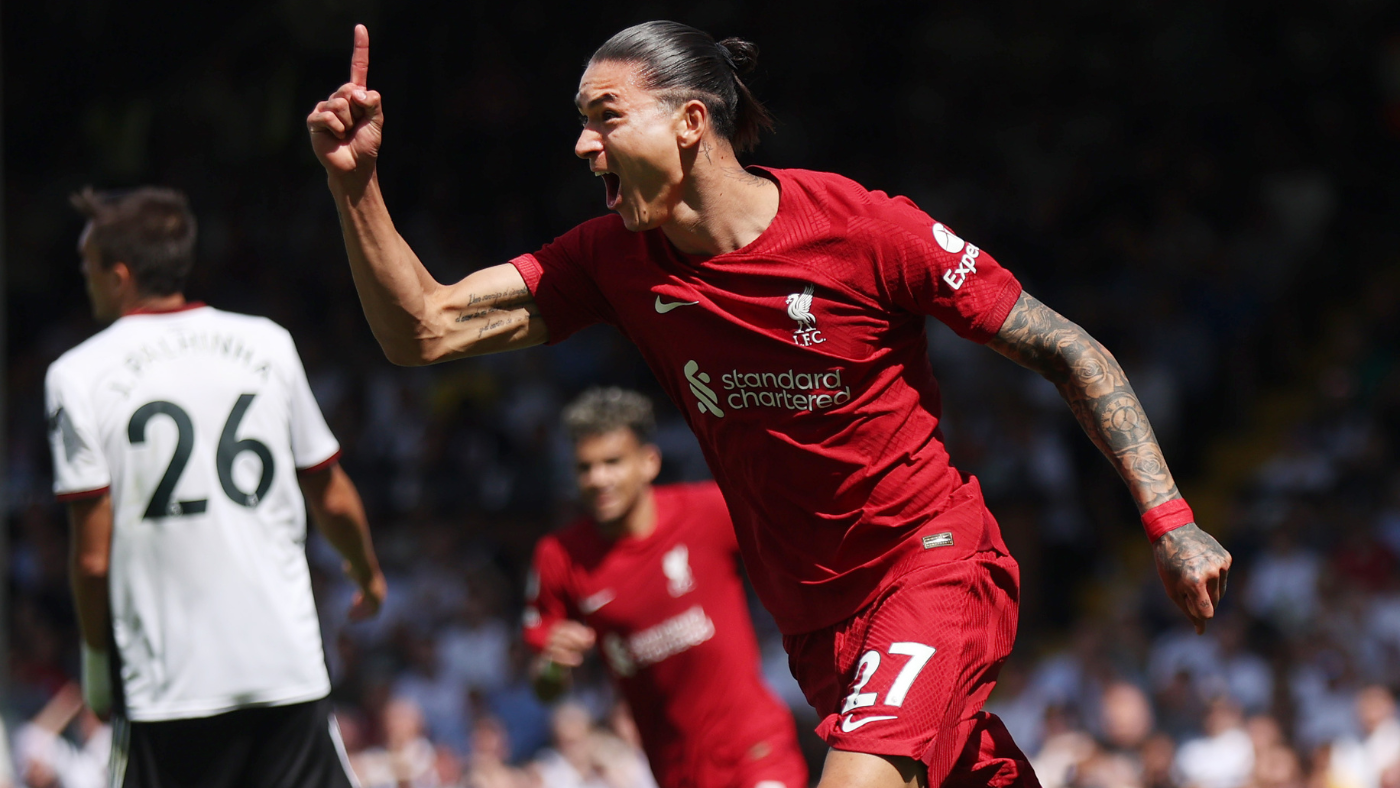 The hallmark of Fulham’s last run in the Premier League back in the 2020-21 season was a patchwork defense which meant they weren’t able to attack and not leak goals in the same match. Now they’re back under Marco Silva and Fulham are looking to show that those issues no longer remain as they started their campaign with a 2-2 draw with Liverpool. A brace from Aleksandar Mitrovic — who, after 90 minutes, is on pace to outdo his 43 goals in the Championship — was canceled out by goals from Darwin Nunez and Mohamed Salah but Jurgen Klopp will have some rethinking to do after the match. Luis Diaz and Jordan Henderson did hit the post so on another day, things could’ve gone differently but when Fulham are out pressing Liverpool, that’s not a good look for the team expected to be in the thick of the title race.

It’s certainly too early to push the panic button. An away trip to a newly promoted team isn’t an easy task, but the match was there for the taking if Liverpool turned it up a notch. Right out of the gate, Andreas Pereira was pressing high up the pitch giving Liverpool fits when they looked to build from the back, while João Palhinha was stout at the base of midfield winning three tackles and notching an interception.

With Shane Duffy, Manor Solomon, Bernd Leno, and Kevin Mbabu all benched to start the match, it could be exciting to see what Fulham’s recruitment looks like. The opener came from Kenny Tete getting a good cross into the box and Mitrovic just outjumped Trent Alexander-Arnold.

It’s a goal that displayed a lack of effort usually not seen in a Liverpool side. Klopp has brought up how his team isn’t ready for the season, but also that they’re overworked. After already playing Strasbourg after their Community Shield victory, Liverpool will face another unnamed side before their clash with Crystal Palace. The compressed fixtures are already piling up as Diogo Jota, Ibrahima Konaté, and now Thiago are sidelined.

Thiago exited the match in the 51st minute after feeling something in his leg and a double change was made by Klopp that changed the pace of the match. Before the break, it was Fulham that were close to scoring, as Neeskens Kebano struck the post, but the introduction of Harvey Elliott and Darwin Nunez changed how Liverpool approached things.

Leading the line, Roberto Firmino didn’t create a chance or take a shot as Fulham marked him out of the game. With Jota down, if Klopp wants to take his time with Nunez, the formation may need to change a bit to run things through Salah. Nunez only had 15 touches in the match after coming in, but he created two chances, scored, and assisted a goal while hitting the target with three shots. A shark in the water, Nunez is such a different presence than Firmino up top and it helps replace the loss of Sadio Mane.

Nunez’s goal was a good example of what he brings to this Liverpool side as it’s the result of a direct striker run, deep in the opposition box, the kind that Firmino rarely makes. Despite his issues on the defensive end of the pitch, where he’s not nearly the pressing presence that Firmino can be at his best, his performance is why Klopp doesn’t need to worry too much about this result. Still, it’s possible a 4-2-3-1 could be Liverpool’s best approach to matches like this. Nunez in front of Firmino can help make up for the issues pressing while giving Diaz another focal point in attack as things are too predictable when Salah is the only target that teams need to worry about.

That shift may be hard to do if Thiago misses significant time though. Elliott looked at home in midfield when he came on, but he’s a aggressive midfielder, whose best moments come from getting forward from midfield into the box. He’d be more comfortable on the right side of a midfield three in Liverpool’s typical 4-3-3 formation. So, while there isn’t a lot for Klopp to worry about, there’s still some complications to figure out when trying to get all the players he needs on the pitch at the same time.

Days like this won’t happen often for the Reds but when one point was the difference in the title last season, they need to be proactive, not reactive. For Silva, the biggest issues from the match will be resolved with Shane Duffy bringing his experience to the defense making it mostly positive. They certainly didn’t bank on this point being one of the 40 that they’d need to survive the season. Matches will only get tougher for Liverpool from here forward so it’s up to Klopp to adjust but based on history so far, he’ll be able to do just that.