Gabriel Martinelli was not in the Arsenal squad to face Tottenham Hotspur.

This means it is now seven successive Premier League games in which the Brazilian wonderkid has not played a single minute in, although he did make the substitutes bench in the previous six.

In fact, Martinelli‘s last outing for Arsenal came in the Europa League round of 32 first-leg draw against Benfica last month as he got 13 minutes under his belt at the Stadio Olimpico.

And his lack of game time in the Premier League has recently prompted concern amongst some Gunners supporters who are keen for manager Mikel Arteta to give the 19-year-old a chance.

But fans were denied their wish as in a rather surprising decision, Arteta left the teenager at home.

It would appear that Martinelli was simply not selected as the north London outfit revealed on their official website that Arteta had a fully fit squad available for selection against Spurs.

“There are no health or injury issues to report following Thursday’s match in Athens against Olympiacos,” an update reads. “All players in the men’s first-team squad are currently available for selection.”

Taking Martinelli’s place on the bench was captain Pierre-Emerick Aubameyang who was dropped for a disciplinary issue – reportedly for a late arrival ahead of the game,

With that said, Martinelli was active on social media, presumably upon learning of Arteta’s decision.

Taking to Instagram just over an hour before the Arsenal lineup was announced, the Brazilian uploaded an image of himself at the club’s London Colney training base.

The post was captioned with one word: Domingo, which in translation means ‘Sunday’ whilst the temperature at the training ground was also noted.

Since the turn of the year the teenager has played just 53 minutes across two appearances in the Premier League for Arsenal and the reason for his lack of game time has been explained by Arteta.

“Everybody has raised the level in recent weeks,” Arteta said. “Since Christmas the front players have given us something different.

“Laca has given us some really good spells, Nicolas Pepe is the same. I was really pleased with Willian yesterday because of the way he trains and he is starting to produce in games.

“Everybody has to step up in games and create big moments because the front players at the end have to be the ones who decide it for us.” 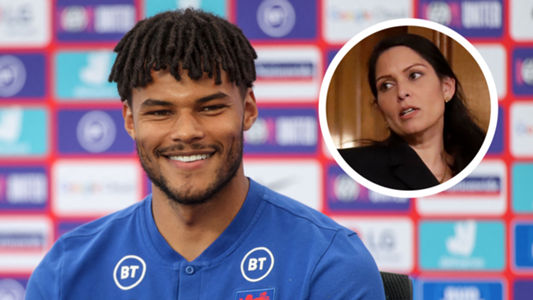