In her first professional appearance since February, Daria Gavrilova has beaten Belgium’s Greet Minnen to put Australia in a winning position in its opening round-robin match at the Billie Jean King Cup Finals. 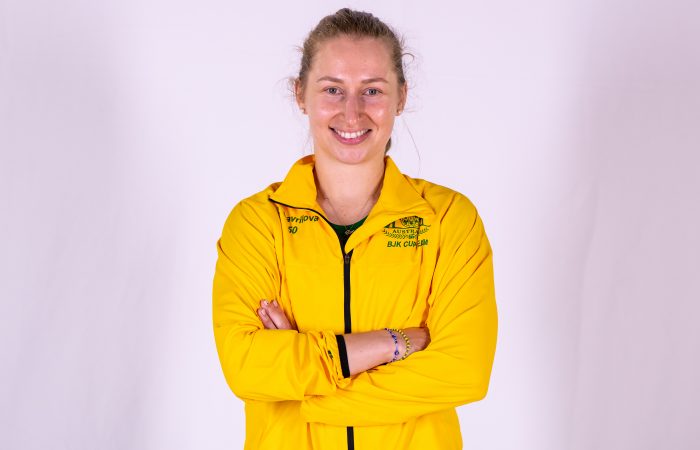 Daria Gavrilova has provided Australia with a perfect start at the Billie Jean King Cup Finals in Prague, scoring a stirring victory against Belgium’s Greet Minnen.

Contesting her first professional match since February, Gavrilova stunned world No.70 Minnen 6-4 1-6 6-4 to give Australia a 1-0 lead in the round-robin tie.

Gavrilova, currently ranked No.412, has been sidelined after undergoing surgery for a chronic Achilles injury. Her last appearance on tour was a second-round loss to world No.1 Ash Barty at Australian Open 2021.

But the 27-year-old produced a sensational return to defeat the in-form Minnen, who set a career-high ranking last month.

“It was a bit scrappy at times, but my fighting spirit never went away,” said Gavrilova, who hit 24 winners and saved 10 of the 14 break points she faced in the two-hour and three-minute battle.

It is Gavrilova’s fourth career singles win in the Billie Jean King Cup competition, which was formerly known as the Fed Cup.

“I just tried to believe in myself,” Gavrilova said. “I fed off the energy from my team and I was trying to make them proud.”

That winning feeling 😍@Daria_gav and @TennisAustralia win an EPIC opening match against Greet Minnen to take an early lead#BJKCupFinals pic.twitter.com/x73oLEjxJn

Gavrilova’s victory gives Storm Sanders a chance to seal the tie for Australia. The 27-year-old Sanders features in the second singles rubber, taking on world No.18 Elise Mertens.

Sanders and debutante Ellen Perez are also set to team up in the final doubles rubber, scheduled to face Belgian combination Ysaline Bonaventure and Kirsten Flipkens.

World No.43 Ajla Tomljanovic, the top-ranked Australian player in the team, is not playing in today’s tie due to a non-COVID related illness.

Australia needs to defeat Belgium today to keep its hopes alive of progressing to the knock-out semifinals.

> Australia’s matches at the Billie Jean King Finals are broadcast live on 9Go!