Gilles Cervara said late this week of his charge, Daniil Medvedev, that “adversity makes him find the best in himself”.

That proved prescient late in Sunday’s US Open final against World No. 1 Novak Djokovic. The second seed led the Serbian legend by two sets and two breaks in the third set when he double-faulted on his first championship point at 5-2. Djokovic managed to retrieve a break in that game and hold to force the Russian to sit for a changeover and ponder the moment as the raucous Arthur Ashe Stadium crowd tried to will the top seed back into the match.

“This moment was very tough… After the match, he just told me that he was cramping a bit with the pressure,” Cervara said. “When you lose the first break, you feel that something will be tougher at this moment, and you need to find the resources on the next service game to serve much better, that he didn’t do at this moment.

“He found a big game from baseline to be able to beat Novak.”

It was a big mental effort from a player who was trying to avoid an 0-3 record in major finals. Earlier this year, in the Australian Open championship match, Djokovic beat him in straight sets.

“After the final in Australia, we had the feeling that Daniil didn’t have this fire that can help your game to be much stronger, especially against a player like Novak. This had to change for sure to play this final at another level,” Cervara said. “Our feeling yesterday and today was that he was ready to compete and be at a high level.”

That was not all Team Medvedev was focussed on during this clash, though. Aware that Djokovic is great at adjusting his tactics, Cervara had a game plan for his player.

“In the game we had couple of strategies, especially sometimes to play more down the middle, to not open so much angle and to run a lot,” Cervara said. “Of course, it’s easy to say there is not a magic thing. You have to play at your best, to have quality in your shots, also to know that strategy can change during the match because Novak will adapt during the match. You have to feel when you need to do something different.

“He had a couple strategies in his head to be ready for different situations. Of course, to serve good was one of the keys. He served very good today.” 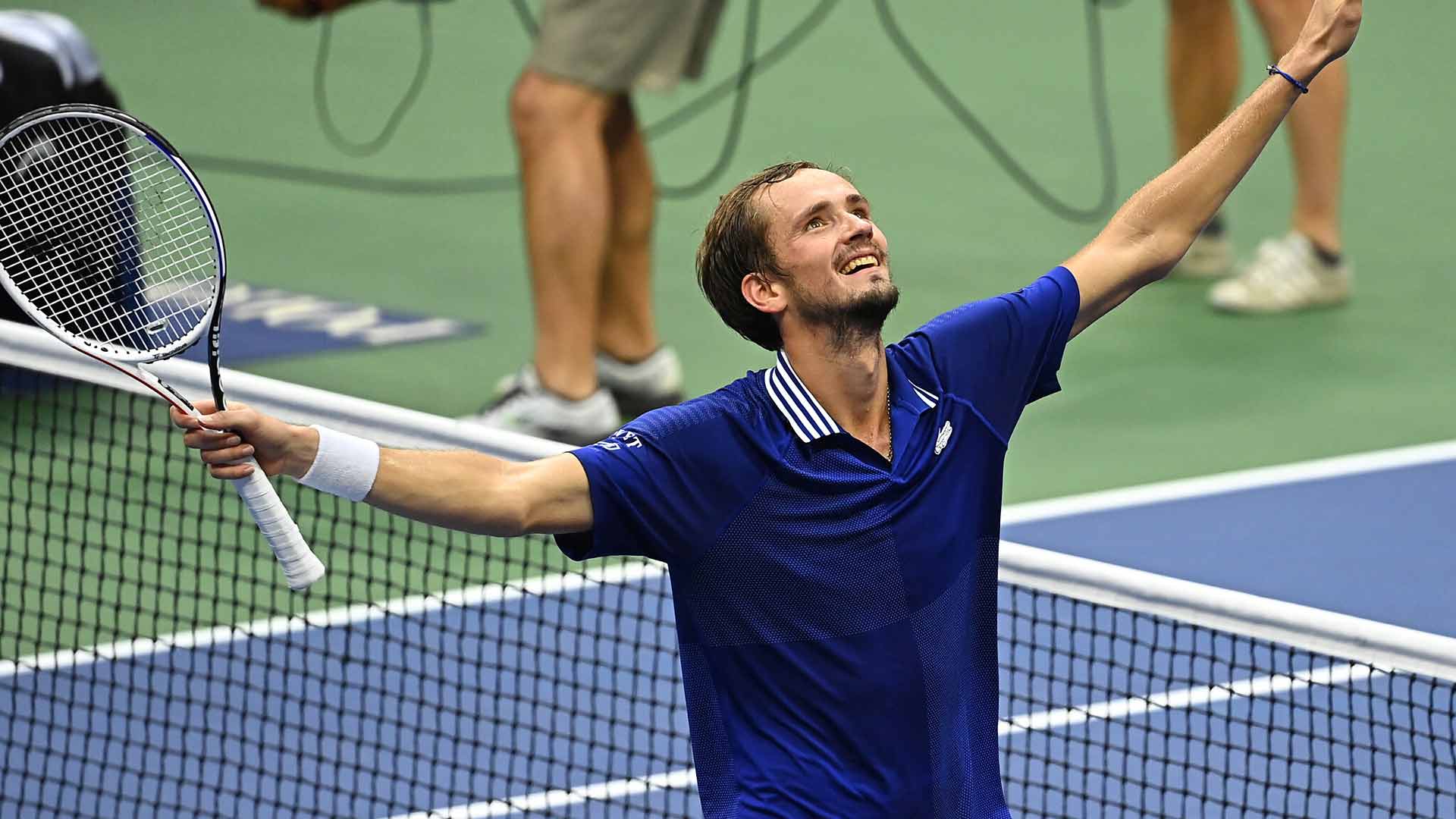 “He won because his level on serve was very high. That’s what he needs to do. We took more time to work on this shot. Every day I got my goals in my practices to make him be at his best level on serve,” Cervara said. “With Daniil, when you work something at the good moment, on the good goal, then it works straightaway. We felt it straightaway in Toronto that the serve increased so much.”

Medvedev lost his serve just once against one of the greatest returners in tennis history on Sunday at Flushing Meadows, and set the tone by winning all 15 of his first-serve points in the first set. What made the victory even more special is that the Russian stopped his opponent from becoming the first man to complete the Grand Slam since Rod Laver in 1969.

“To beat Novak, first of all, in a Grand Slam, it’s a big thing,” Cervara said. “Then [to do it] in a final, it’s another big thing. I guess and I wish that it will make him be at another level.”