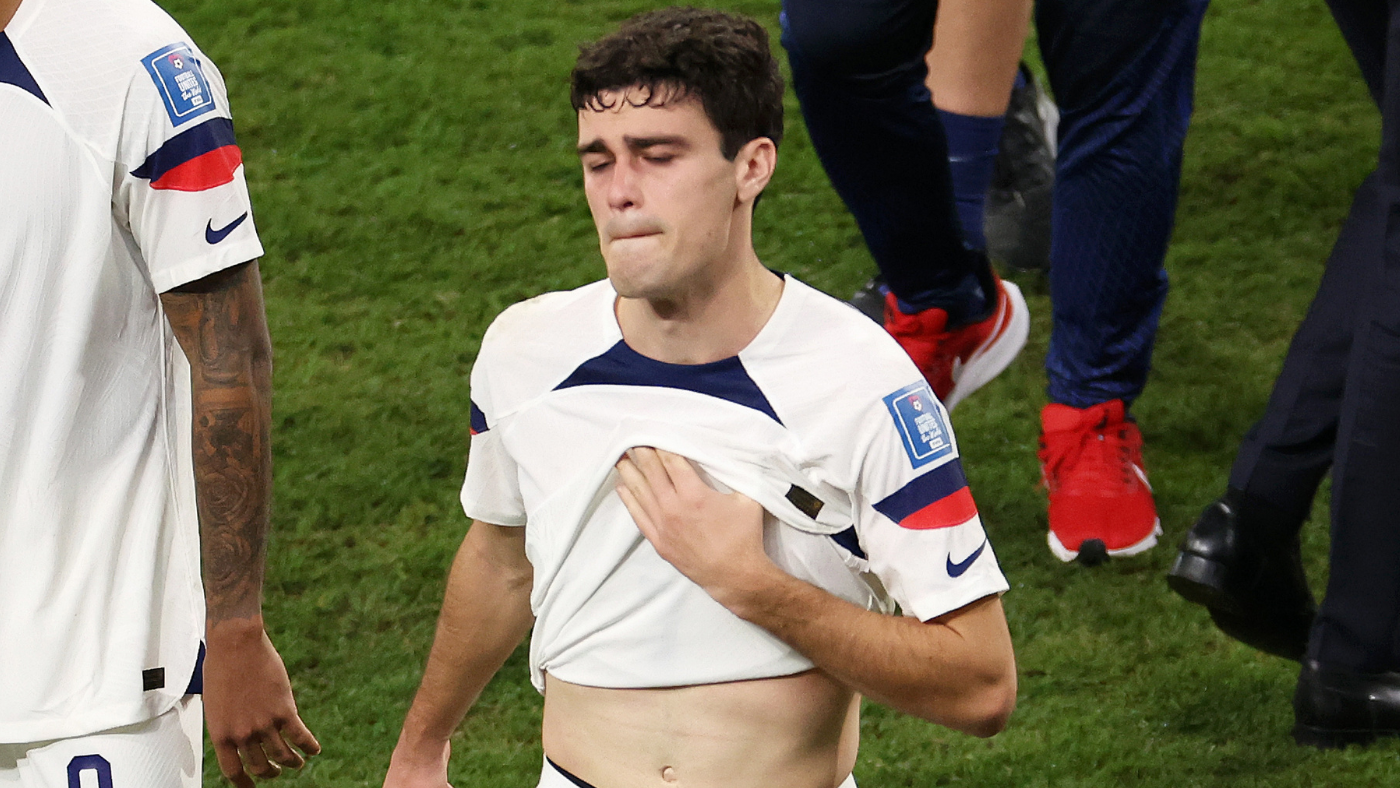 Just over a week after the United States’ men’s national team was eliminated from the World Cup we finally have some clarity as to why Gio Reyna only logged 52 minutes on the field during USMNT’s path to a round of 16 exit.

In remarks at the HOW Institute for Society’s Summit on Moral Leadership later published by Charterworks (and which U.S. Soccer claims were supposed to be off the record), USMNT coach Gregg Berhalter spoke about an unnamed player who he says had commitment issues.

“In this last World Cup, we had a player that was clearly not meeting expectations on and off the field,” Berhalter said. “One of 26 players, so it stood out. As a staff, we sat together for hours deliberating what we were going to do with this player. We were ready to book a plane ticket home, that’s how extreme it was. And what it came down to was, we’re going to have one more conversation with him, and part of the conversation was how we’re going to behave from here out. There aren’t going to be any more infractions.”

According to the Athletic, those comments referred to Reyna who showed a lack of effort in training prior to the opening match of the tournament against Wales which led to his limited playing time. It hit a peak when Reyna, was an unused sub against Wales, threw his shin guards after not getting into the game.

After that match, Berhalter cited muscle soreness as why Reyna wasn’t used but stated that the Dortmund star would be available for the team’s second match against England. Reyna did take part in that match but only for seven minutes late to close out the draw. The confusion was in full flow as Reyna declared himself fit following the Wales so these comments certainly help explain the disconnect

In this stage of things, it sounds a lot like Weston McKennie’s suspension for breaking COVID protocol during World Cup qualifying. It was a moment that saw McKennie suspended for two games before coming back into the team and emerging as one of the most important players to the National team.

“But the other thing we said to him was, you’re going to have to apologize to the group, but it’s going to have to say why you’re apologizing. It’s going to have to go deeper than just, ‘Guys, I’m sorry.’ And I prepped the leadership group with this. I said, ‘OK, this guy is going to apologize to you as a group, to the whole team,” Berhalter continued to say. “And what was fantastic in this whole thing is that after he apologized, they stood up one by one and said, ‘Listen, it hasn’t been good enough. You haven’t been meeting our expectations of a teammate and we want to see change.’ They really took ownership of that process. And from that day on there were no issues with this player.”

Things got so bad, that Reyna narrowly avoided the team voting to send him home by a vote of 13-12, Jason McIntyre reports.

What’s important from the second excerpt from Berhalter is that after things came to a head there were no further issues with Reyna. While we don’t know precisely when that was issued, he played 45 minutes against the Netherlands. As a 20 year old with Dortmund, these learning moments are important and, it’s worth noting, Reyna proceeded to score a goal in a friendly upon his return to the club.

It would’ve been great to see more of Reyna during the World Cup but given there were other issues off the pitch, ones that divided his teammates, it’s fair that Berhalter held him out of things. This blew up into a huge issue due to former U.S. international Eric Wynalda addressing Reyna’s lack of playing time and the obvious disconnect between Berhalter publicly saying Reyna was not quite fit after the Wales match while Reyna himself said he was fine. In light of these new comments it seems that Berhalter wanted to protect Reyna in the moment rather than saying things publicly about the lack of effort.

Now that the news is breaking after the summit that Berhalter spoke at, it raises important questions about the future of the program. After this, it will be important to see how Reyna bounces back for starters. But Berhalter’s future with the national team isn’t decided yet which means there are potential futures with Berhalter leading a team that Reyna is part of. Reyna can look to McKennie for a good example of how to move past these issues. But, given the issues that clearly raised their head in Qatar, it seems Reyna, who is only 20, has some work to do as he gets back on the same page as his teammates, regardless of who the coach ends up being.