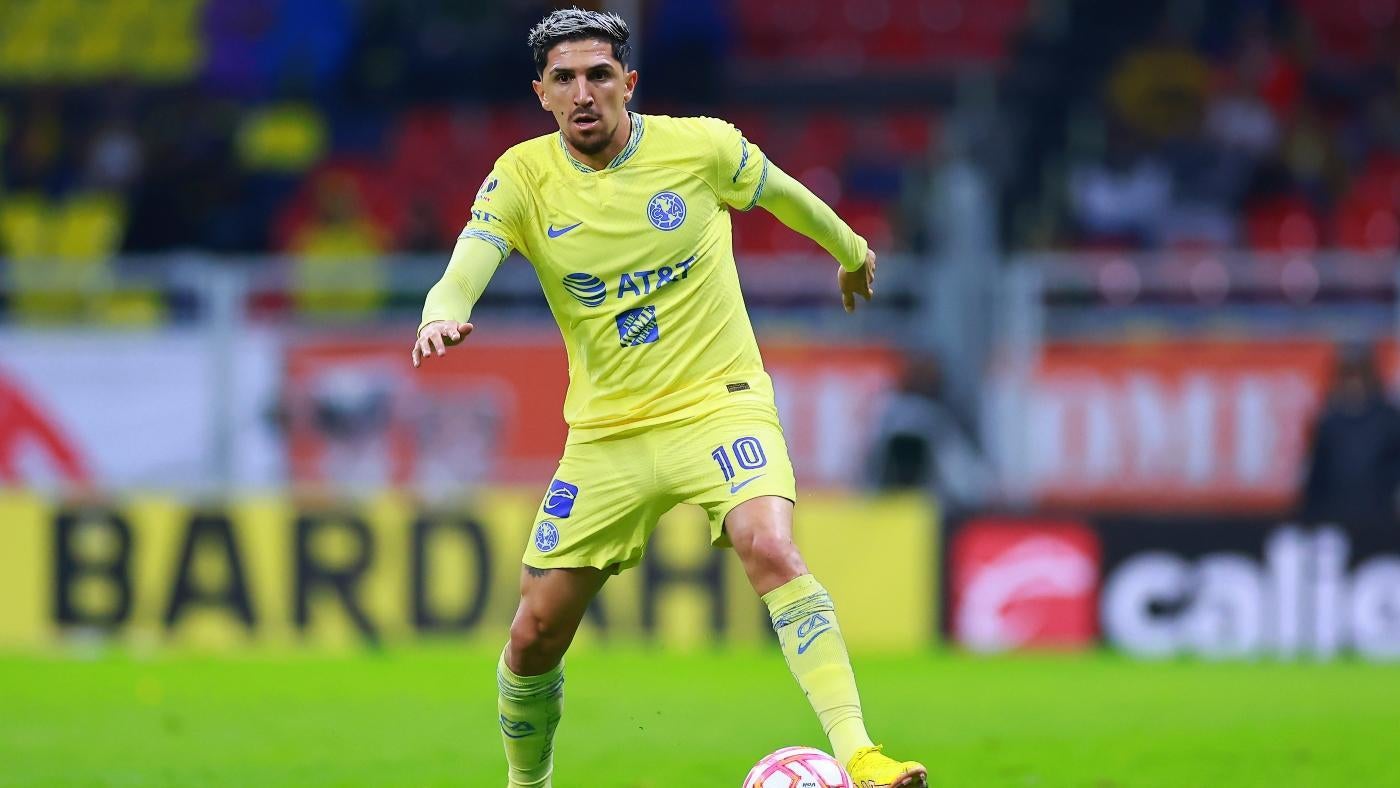 El Super Clasico 2022 is set for Saturday night in Mexico City, and the Mexican Liga MX match will pit the offensive prowess of Club America against the stingy defense of visiting Guadalajara. There are two games left in the Apertura season, and America (10-3-2) sits at the top of the table. They have a one-point lead over second-place Monterrey and should be assured a spot in the Apertura’s Final Series. The Eagles saw their team-record nine-game win streak snapped Wednesday, as they pulled off a 3-3 draw with a late goal against Santos Laguna. Chivas would love to crush the confidence of their archrival as America seek a record 14th league crown. Chivas have won 12, and the success of both clubs has made them the most popular teams in Mexico. El Super Clasico is one of the most notable football rivalries in the world, and the teams played to gritty scoreless draws in both meetings last season.

Kickoff in Mexico City is set for 9 p.m. ET. Caesars Sportsbook lists America as the -126 favorites (risk $126 to win $100) on the 90-minute money line in its latest Club America vs. Guadalajara odds. Chivas are +350 underdogs, a regulation draw is priced at +245 and the over/under for total goals scored is 2.5. Before making any Chivas vs. Club America picks or Liga MX predictions, make sure you check out what renowned soccer bettor Jon “Buckets” Eimer has to say.

Eimer is a high-volume bettor who has vast knowledge of leagues and players across the globe. Since joining SportsLine, Eimer has covered the English Premier League, Serie A, the FA Cup and much more. He is 238-220-7 overall on his soccer picks in 2022, including an astounding 37-18-1 on Premier League predictions for a profit of more than $1,600 for $100 bettors. Anyone who has followed his advice is way up.

Now, Eimer has broken down Club America vs. Guadalajara from every angle and just revealed his Liga MX picks and predictions. You can head to SportsLine now to see his picks. Here are the betting lines and trends for Guadalajara vs. Club America:

Why you should back Club America

The Eagles have scored 29 goals in their past 10 games to put a dismal start behind them. They lost three of their first five matches, but they have surged to the top and have designs on their first title since Apertura 2018. A boisterous Mexico City crowd will try to spur them on, and they are 5-2-0 with an 18-5 goal advantage at home during this campaign. Guadalajara have taken nine points (2-3-1) on the road and are minus-4. Chivas have scored 17 goals in 15 matches.

America dominated Wednesday’s draw, keeping the ball for 71% of the time against Santos and putting up a whopping 29 shots. Henry Martin scored his ninth goal of the season and Federico Vina’s fourth saved the day. They won’t want to push it to the end like that again. Alexis Vega (three goals, four assists), Alvaro Fidalgo (four assists) and Roberto Alvarado (two goals) provide excellent support for Martin and Roger Martinez, who has one goal in three games.

Why you should back Guadalajara

Chivas have played a lot of draws but have lost just three times, and that’s because of their stifling defense. They have conceded 13 goals, tied for second-fewest in Liga MX, and have allowed the same number of shots (177) as the Eagles, and just three more on target (63). As much as America dominated Wednesday’s match, they only put eight of those 29 shots on target and needed a 97th-minute goal to earn the draw. They also allowed eight shots on net.

Angel Zaldivar scored his team-leading fourth goal in Tuesday’s loss, and Alexis Vega (three goals, four assists) and Roberto Alvarado (two goals) play key roles. Chivas also have the edge in goal, with Miguel Jimenez Ponce second in the league with an 80.6 save percentage and tied for the lead with seven clean sheets. Guadalajara held the ball for 64% of the last meeting back in March and had a 14-7 shot advantage, though the teams combined for three on target.

How to make Guadalajara vs. Club America picks

Eimer has analyzed Saturday’s Club America vs. Guadalajara match from all sides and revealed his best bets. He is leaning Under on the goal total and also has two confident plays and a full breakdown of the match. He’s only sharing those picks here.

So who wins Guadalajara vs. Club America in Saturday’s Liga MX? And where does all the betting value lie? Visit SportsLine now to see the best bets for the Chivas vs. Club America match, all from the soccer expert on a roll on his recent soccer picks.